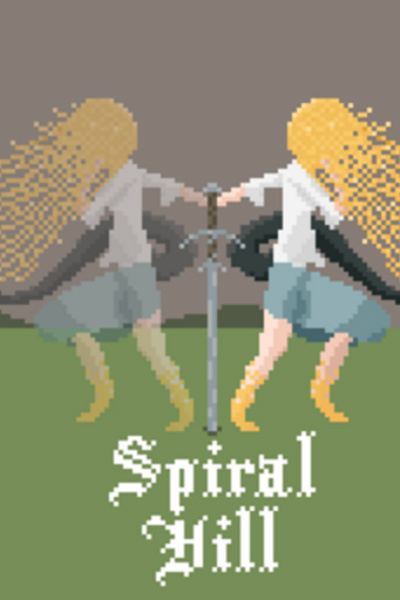 I think I’m starting to get used to waking up so early- or at least one of me is, the other is dead to the world. While I was picking around the remaining route for today’s deliveries, I noticed Julious doing the thing people do where they want to come talk to you, but can’t quite commit to doing so. After picking a route, I give him a questioning look to which he mouths “don’t worry about it” before grabbing a bag and leaving. We tend to show up here at similar times, so we see each other in passing every day. I idly wondered what he wanted as I headed out.

As a way to amuse myself while walking I try to see if I can properly multitask. I am almost constantly doing so, but that’s split across two bodies- so with one asleep, do I retain that ability? It takes a bit of practice to do the classic test of rubbing your belly while patting your head, but I get it down. I move onto trying to draw a different pattern in the air with each hand- same story. What about purely mental things, like counting up and down at different speeds simultaneously? Doing so felt impossible, but I managed to do it first try. Does any of this help me in the slightest? Probably not.

Since I need to be in the general area for morning training, I headed to the library to try and find books on woodland navigation and survival. Today my plan was to go to the same stream as yesterday, but head the other direction, but in the future I wanted to be more confident finding my way back if I didn’t follow one. Given it’s so early in the day, the only other people here are the librarians- although even at midday, there aren’t many people around. I’d expected that more people would realize the benefit of having free access to so much information.

After some studying, I came to the realization that a lot of what was in the books was how to figure out what direction you were facing without a compass. Compasses themselves weren’t hard to get, you just needed enough money. The main reason being that access to magnetic materials was almost non-existent, but you would also need a fairly skilled craftsman to make a container to suspend the needle while being easily portable and robust enough to be taken outside.

I had also taken a few notes on signs to look out for while traveling off-road before it was time to head to the field. Today was more of the same- simple agility and footwork drills- although we were pushed a bit harder. Additionally, some squats and pushups were added to build some more muscle before ending with holding a ready position again. Both me and Charlotte lasted about as long as yesterday, but maybe a little longer.

At some point during that, my other body woke up. After my usual morning routine, I stopped by the guild to see if any plants in particular were needed. Before I got there I was hoping it would be calm inside, but it appeared as though eight was when people came to check what needed to be done for the day. This led to getting a bit stuffy under my layers as I waited in a line for the counter. When it was my turn, I was informed that since The Academy was just starting up for the year almost anything with even a little bit of alchemical use was in demand from teachers and researchers. As I was leaving, I noticed a few of my fellow disguised members from the other day hanging around.

Following my plan, I head down the same road until I get to the stream. At this point, my other body was back in the library looking for good books to use as references. It was nice to go for a walk in the forest, simply following the stream until I thought I was far enough to be out of the picked-over parts. I spent most of the day going up and down both banks a ways, sometimes venturing a bit into the forest looking for more elusive specimens. In the end I gathered a whole lot more Spitweed- the stuff grows everywhere out here- and a few other fairly common plants. The most exciting part was when I found a small clump of Moonbulb during one of my trips away from the stream. The plant has a large, pale bulb which contains some nasty poison to deter animals from eating it. I was lucky to spot it when I was taking a break, trying- and failing- to do some bird watching. The plant likes to grow up on the higher branches of trees, so I had to climb almost fifty feet to get to it- and made extensive use of my tail and talons to not fall.

All this left me feeling pretty good on my trip back until I came across an abandoned wagon. There was absolutely no one else on the road as I was heading back earlier than yesterday, so I was cautious to approach. Eventually, curiosity got the better of me and I crept closer. Within a few paces of it, the smell of blood was obvious, and getting closer, the sides had dried streaks painting them. At this point, I wanted to get away and report it fast, but that was overpowered by the want to poke around a bit more. After brushing aside the back flaps, I crates of weapons busted open and spilt across the floor. In a fit of kleptomania, I snagged a nice looking dagger and the longest sword I could find in my brief glance around before taking on in the direction of the city as fast as I could.

The speed actually surprised me. I hadn’t had an occasion to sprint since my Abilities awakened, so I didn’t really have a grasp of my capabilities. The trip back and forth from the city that normally took the better part of two hours, only took thirty minutes with a few breaks to stop my lungs from exploding. During the trip, I also made sure to stash the sword and my extra layers before coming within line of sight of the walls. There’d be a better chance of the guards taking me seriously if I wasn’t covered head-to-toe.

The person at the gate was skeptical when I told them what I saw, but did let me into the gate-house to officially file a report. As I was waiting, I realized I must have shown up at the perfect time- there was no one around the wagon, but it was likely in the process of getting cleaned up. I didn't find any bodies, so whoever did it wanted to keep it down low, which means that by the time a group is organized to go search, I bet the wagon will be dragged off into the forest and the tracks covered. If that wasn’t the plan of the perpetrators, they aren’t going to last long around here- maintaining good trade routes is essential for The Academy.