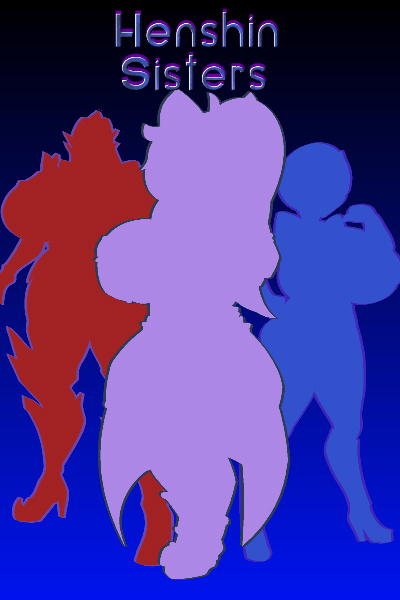 Estella, Anja and Natalia Kendrick are three normal university students living in the fairly unassuming town of Angel Bay, Australia. However, when their town comes under attack by a supernatural evil, they are each bestowed a set of special powers and equipment, and they and their closest friends (and a couple of aliens) have to band together to stop this mysterious threat.

Unfortunately, due to an even worse threat approaching the Earth, they're cut off from any additional aid, and have to deal with the problem themselves, along with the intervention of a secretive government agency trying to keep the paranormal under wraps and a nosy reporter trying to get her hands on her breakout scoop. And then there are other supernatural elements coming out of the woodwork...

Henshin Sisters is a scifi-fantasy-hybrid story, inspired by anime, comics, video games and Brandon Sanderson novels. In particular, a more mature take on "henshin heroes", including tokusatu and magical girls, with a heavy emphasis on worldbuilding, and a bit of naughtiness here and there.

Future chapters will be available to patrons on my patreon first before becoming publicly available.