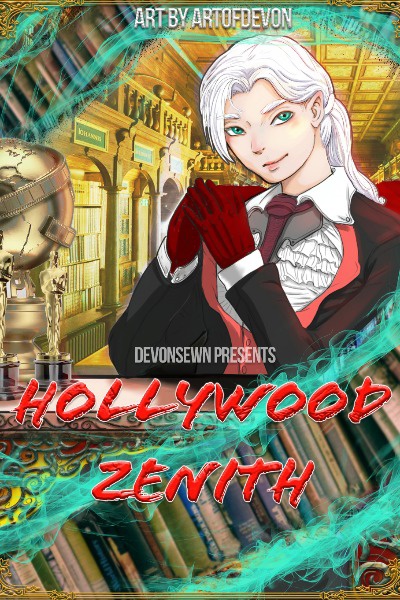 Our party of four made our way toward the restaurant. I was still in disbelief over the whole situation; Adele explained that her mother worked in the restaurant and we were going toward the same one.

I have already booked the whole venue for the party. It was nothing fancy but a small section of it; It was a small cafe-type diner; the business seemed to be slow, which made it less crowded.

We entered and there were already people waiting for us there. A young man led us to our private place; he was smiling which made me realize that the business was definitely not going good or Oscar told them to be so hospitable. It was not a high-end establishment. I chose it solely for its location, which was near Hannah's house. Hannah had a smile the whole run, which made me smile too.

We sat down at our designated place and waited for them to prepare the cake and snack.

" Sir, please wait for half an hour, we will get things ready." the young man said, and left.

" Sister, why were they like that with you? You should also be more like big brother and beat them up. " Hannah said suddenly.

Hearing Hannah, Adele shook her head and said, " It is not so easy to do things like your brother. It was very dangerous and if you provoked them, they would retaliate stronger next time. As for the reason I could not fight back is complicated. " Adele said.

Adele was a victim of sustained bullying; the effects of which were deep and varied. Not only did it mean that Adele was too afraid to go to school and complete her, education, but it also took its toll on her family and home life.

"I just hate school and I used to beg my mum not to make me go. School was non-stop bullying. They used to wait for me after school and attack me physically and mentally when I did go to school," she lamented.

"All this stuff used to make me and my mum argue a lot. My mum had her bad days too which made me bottle us inside. I dont want to trouble her too much. My granny was also living with us. She is in poor health and I had to look after her too and it affected the whole family. ," she said after pausing.

She explained that she sought help from the local authority, but felt that she was going round in circles. No one believed a little girl who dressed poorly.

"I felt like I kept getting pushed to the side," she said. "I was used to keeping everything inside so I struggled a lot having to repeatedly explain my situation and get nowhere."

" Like I said It's complicated, but now witnessing Samuel, I think I got a little bit of courage to fight back. It will be hard to hide the injuries this time and I will properly explain the situation to my mother. I feel like I have to depend on the only thing I have in life. " She said, having a feeling of melancholy.

Suddenly our room's door burst open and a woman entered and frantically started looking around, searching for something.

" Adele, baby what happened" She said, looking at the girls sitting across from us. Oscar was on guard with the sudden intrusion, but after hearing the name, he sat down.

The woman rushed to Adele and seeing the state of her daughter, she started crying. She looked at the bandages over Adele's hands and bruised knees, which made her heart ache.

" Mother, calm down. I am fine, Samuel helped me and this Uncle also treated me; It only hurt a little it's not serious." Adele said hurriedly to sooth her mother. The woman stared at her, pressing her to spill everything.

What followed next was a fury of explanations from Adele. She explained her situation from the beginning, how she was being bullied and how we met, everything. Seeing her mother in this state made her tear up and both started crying. It was an awkward moment for us, who were the spectators, but I was relieved by this development. I should also instruct David to look into it to stop it from happening again. I could also help her change schools, which seemed like the best solution to me. While I was in thought, the woman started to speak again.

" Why didn't you tell me anything? Don't ever hide anything from me again. Ok? I feel so useless, I failed to notice---" She started apologizing to Adele, which made the situation heat up again.

They went back and forth for a few minutes before calming down. The woman finally noticed us.

" Thank you for your grace, Mr. Rothchild. I don't know what would happen if you didn't intervene. It would probably continue which would have definitely been detrimental for my daughter. My name is Penny Adkins. I will always be grateful for this. " she said formally.

She knew me; I looked at Oscar, who was staring in space in the opposite direction, trying to conceal his face, which made my suspicions clear. I said--

" It's nothing. Please call me Samuel; I am just a child who is here to celebrate the birthday of my little sister. No need to so formal, aunt Penny. "

Her face changed, but she calmed down because of my response. Are rich so feared here? I have to research more on this subject later.

" Please let Adele sit here with us; I invited her on Hannah's behalf. Let us enjoy, and forget about the bad things for a few moment."

She nodded and we went ahead and wrapped up the whole cake and officially started the party. We sang Hannah, the happy birthday song, which made me realize that Adele had an excellent voice. She did mention about her attending singing classes, but I first-hand experienced her talent at that moment.

Penny was also happy to see her daughter's genuine smile after so long. She had forgotten the last time that she saw her smile like that in that moment. She promises herself to do right by her daughter from now on.

Before the meal , I gave Hannah the present. It was a small box with pretty decorations wrapped around it. Oscar really did a great job on this.

" Here Hannah, I have my present for you. Happy Birthday once again. " I said and handed her the package.