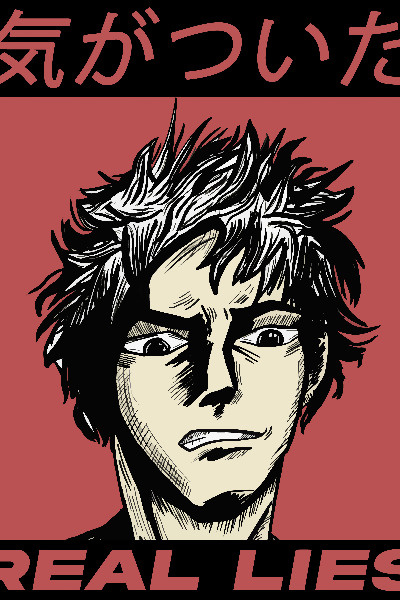 Give Up: The story of a young man who becomes a criminal in a fantasy world

Wolfgang
Oto: Are you fucking retarded?

I was in oto office in this stifling heat.Oto was part of a race that looked like oversized rats, so maybe his race could take the heat, but i barely fucking could.

Wolfgang: Oto, i think the kids got a good heart.Yeah, i know you like keeping your operation sweet and tight,but the kid will be under my wing.You got nothing to worry about.

Oto: Nothing to worry about? Is this a fucking joke?

Wolfgang: Look oto,you already asked a lot out of me when you asked me to come back out of my retirement.I was out of the game for 20 years and only came back because you asked for help.I never abandon my friends and you know it.So please,just do me a favour here.

Oto stopped and looked pensative. Me and oto go way way back.People in the game go out fast, so me and him respect each other a lot.

Oto: What’s the kid to you? You barely know him.

Wolfgang: That’s personal. Let’s just say i got an interest on him.

Oto: Yeah, that i can see that.

oto opened a drawer and started rummaging his files

Oto: Can the kid even fight?

Wolfgang: I don’t know. I doubt though.

oto took out a file and put it in his desk and started reading through it.

Oto: i guess there is always some courier work to be done.Not that delivering packages would make him one of us.

Wolfgang: You don’t have to worry about anything. Just let me handle the kid.

Oto: You know, you are to old to be playing grandpa .Especially with potentially wild cards.

Wolfgang: Hey maybe the age is finally getting to my brain.

We then heard a knock and instinctively looked at the door. Oto secretary came in.I see that he still has a penchant for cute young women in glasses. Admittedly she does look like the kind of girl who likes to ruffle a rat.

Secretary: Mr oto, there is a young men here looking for you?

Oto glanced at me

Secretary: I think he was the one who was bandaged up a few days ago.I only saw him very briefly before, so i can’t confirm.

Oto: Bandaged up? That’s all of them these days

Wolfgang: it’s probably my boy. Mellisa bring him up here.

Secretary: Of course.Excuse me mr oto and mr wolf

Se left quick and we were left alone

Oto: you really sure about this? If something happens to the kid, i ain’t my fault. And if he fucks up my operation you are paying up

I didn’t say anything and looked straight at a wall. Oto went back to his stuff. A few moments later walking could be heard and kid came in.

The kid was about 5’0, had brown hair,and had this childish but endearing face.he is the kind of guy that all old ladies would love to talk to, but that no one(young and old) would date. He was skinny and had no muscle.he seemed kind of weak.Oto is probably laughing his ass off internally

Kid: Before anyone says anything,i just want to say that i haven’t agreed to anything.

Oto: You know wolf, to piss their own boss off in their first day, does take some balls.Kid don’t you have some manners? Let the grown ups talk.

Oto: just sit down and we will talk.

The kid looked at me briefly and nodded whilst sitting down.

Oto: Okay, that’s good. My name is oto; Mr oto for you. And that man over there is Mr wolfgang,but call him Mr wolf. He prefers it that way. Now,it’s because of mister wolf,that you are still alive,so you better not make him look bad.

Guess he is going the old fashioned way of scaring the newbies out. He probably just sees it as instilling good manners.

Oto: intention,yeah yeah.Look kid, if you haven’t agreed to join,what are you doing here then?

Oto: he told you that huh?-oto smiled and glanced at me-That’s a funny way to call a thief. What does that have anything to do with this?
Kid: Well...I am asking you if that is true.

Oto: Why do you care?

Kid: Mr Oto, i have lived all my life seeing my family fight for scraps. And the saddest part is that if someone stole those scraps ,we would have turned to nothing a long,long time ago. In short,i ain’t doing that to anybody.

Oto: i see...Well kid, we do lots of jobs around here,but i guess the easiest way to put it is that we take stuff from criminals and rich people.We also do a lot of legal investments.There isn’t much money to be made off the poor even if we wanted. Maybe if you are a low tier scumbag,that’s enough to sell your entire soul for ,but for me it ain’t. i only take high stuff from people in high places.

Kid: So what do you do exatcly? The money gotta come from somewhere.

Oto: Kid, we don’t sell drugs or deal with whore or anything low grade. We aren’t low tier degenerate scum .At best we have taken a few killing contracts on very corrupt and evil people.

Kid: Code? Could i hear this code?

Wolfgang: In this kind of business it gotta be.contemplate much and you get wiped out quick.This ain’t the courts.

I was reluctant to join him like that. I want something that actually proves something and not just empty words. Maybe i am being pedantic, but whenever i think of auntie and her tears,i sure as shit don’t want to cause another auntie to cry too. It’s true i will find out something if i just stick around,but i don’t want to join without at least having some evidence.I am scum, but i am trying to remedy that.

Wolfgang: Oto,i think i know what the kid wants.I will bring him down and show him something.

Oto: It’s your job not mine

Oto turned his chair around and stared at the morning sun.

Wolfgang: come with me son.

The kid trailed behind and we went outside.We walked two buildings down and opened the door to this place that oto owns.

I looked at the secretary and greeted.

Secretary: The children are inside Mr wolf. I am sure they will be very happy to see ya

I headed to the room with a sign that said playground 1 and walked in. the kid kinda seemed kinda of confused

The kids jumped at me.I really love these kids.

Children: Pop Pop you are getting fatter!

Wolfgang: hey haven’t you all learned manners,i will teach ya some manners

I started chasing them around and they all tried to run away from me.I finally grabbed one and started tickling them.Rosy was giggling like there was no tomorrow.I then grabbed her and tickled her some more.

Wolfgang: Do you understand now, kid? It’s for this that oto fights and struggles.

the childrens happinesses was a beaming light in this cold world. Most of them have had rough lifes and some have been suffering so much since they were young to even remember half of it.But they are safe now and that is all that matters.

I think the kid understood. It’s in his hands now.