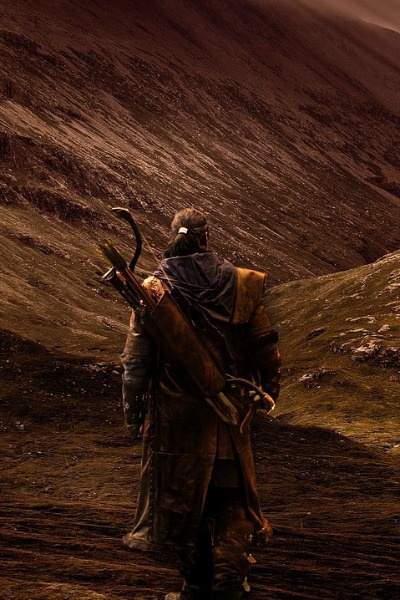 I rushed over, only to see the light disappear as fast as it had arisen. Lydia coughed, sputtered, and stared at me.

“I just reached level twelve!” She panted, out of breath with her hands on her thighs.

“You don’t understand, I was level two before the battle.”

“From your tone, I’m going to assume that is abnormal.”

Lydia looked at me with disbelief.

“Please stop being surprised that I don’t know things. I have no clue how this world works. If you haven’t told me, assume I don’t know it”

“Oh, right... Well, leveling speed depends on what you’re fighting and how many people you’re fighting with. Going from level two to twelve could take anywhere from months to a year of training and experience grinding. Most people never get there… which begs the question, how did that just happen?”

Using only her eyes, Lydia attempted to murder me.

“I’m not actually lying. My inherent trait is Great Teacher. It multiplies my ‘followers and students’ experience gain by 20% per level.”

She chuckled, “I mean people will pay a lot for your abilities. There may only be a couple of people in the world with that trait and everyone is looking to get ahead. However, that still doesn’t explain ten levels in a single combat.”

“Well, what's the level of an average person in this world?”

“And what is the average level of a soldier?”

Why was I not surprised she knew that one. “And the absolute highest level person you’ve heard of?”

“The warrior king Joshua is reported to have been level 200.”

Lydia gave no reaction. “I’m sorry, I must not have heard that right.”

“Perhaps, but could you say it again anyway?”

She went quiet for a moment, then exploded.

I scratched the back of my head and said sheepishly, “I may have killed a cosmic horror…”

“An extra dimensional entity that defies the laws of reality and consumes universes.”

Lydia fell quiet and began to pace. Then, she stopped in place, muttering to herself. Next, she began to pace some more. I opened my mouth to say something, but she stuck out a finger to silence me. Finally, she turned.

“I haven’t done the math, but that sounds correct.”

“You’re taking me as your student.”

“Taking me as your student.”

“Hearing you wasn’t the problem. What do you mean, student?”

“Students are people who learn things from teachers.”

“I KNOW WHAT A STUDENT IS!”

“This is not that complicated. I wanted to fight. I wanted to fight more than anything else in the world, but I couldn't. Now, I found out that someone who can help me level 50 times faster dropped on my head. I’m not giving up on my dream again. I’m becoming your student.”

Taken aback by the earnestness in her voice, I said nothing.

“Also, after people find out about you, your life won't be the same. I don’t want to get left behind.” Lydia said in a softer tone.

“Listen, having seen your reaction, people can NEVER know about this. I don’t want the spotlight this will bring. You already said society, more or less, kills migrators on sight. I’d rather not attract attention.”

“Three things. One, my stats are locked at 200 each, so I only have access to a fraction of that power. Two, even with my full power, I don’t actually know what's out there. Experience has taught me there is always a bigger fish. And three, well…” I hesitated, deciding how to say it. “I got sent to this world for a second shot. Things didn’t really work out the way I wanted before. I just kind of drifted through life, doing whatever came my way. I’d like to figure out what I want to do this time, and I can’t do that with everyone only wanting one thing from me.”

“So… I can’t be your student,” Lydia said, disappointed.

She flashed a grin. “A person who follows someone around and learns… if only there was a word for that.”

“Fine, whatever. Call it what you want. But don’t tell anyone. Breathe one word of this and I’m gone. ”

“I won't say anything, but you're not going to be able to keep it a secret. There are people who will be able to read your stats.”

“Actually, they won’t, is that going to be a problem?”

“Yes…” she paused momentarily “but not as big of a problem as someone actually reading your stats. What's hiding them?”

“I have an ability that causes any attempts to 'record, observe, or measure’ my underlying stats to fail.”

“I’d rather not say”

She rolled her eyes. “Fine. So long as we don’t attempt to go anywhere that's high security, it won’t be an issue.”

“Great, now that that is settled, let's clear a dungeon.”

“Sure, it's totally not a dungeon.”

Lydia and I entered the “not a dungeon.” Shortly after passing through the cave's mouth, there was a doorway. The door itself lay on the floor, torn off and covered with thick layers of rust and dirt. We entered a large corridor with smooth stone walls. We walked together with our weapons at the ready. After several minutes the corridor opened to a giant room with high ceilings supported by columns.

After entering the colossal chamber, I had a question. “Why did you build a teleportation circle at the bottom of a labyrinth?”

“My choice of words is not the issue. Why did you build it at the bottom of a giant complex?”

“We didn’t. No one has any idea how long range teleportation circles work. They are part of the legacy of the primordial civilization. It’s why some are in exceptionally weird places.”

“RUN BACK TO THE CORRIDOR. WE CAN’T LET THEM SURROUND US,” I screamed while grabbing Lydia’s arm. We sprinted, barely staying ahead of the monstrosities. When Lydia and I stepped through the entrance, we spun back around, spears at the ready.

“Any ideas?” Lydia asked while thrusting at as many as she could.

I stabbed furiously: every jab a kill strike. My spear moved faster and faster. The tip became an indistinct blur. From the side of my vision, I could see that Lydia was becoming overwhelmed. I pushed harder.

Ability Unlocked: Spear Wall - Your spear moves at an unnatural speed, covering the area in front of you with an additional strike per ability level than your normal attack would allow. Current Rank (1/10).

Skill detected, “Autodidact,” would you like to transfer 10000 experience points to level Spear Wall? Y/N.

The maximum level for your stage of evolution has been reached. Current Rank (5/10).

Power burst inside of me. It began at my heart and moved along my arteries, spreading throughout my body. It permeated my skin and infused itself everywhere it traveled.

Congratulations! Your mana core has been activated. Evolution interface has been unlocked.

Looking at the bats in front of me, I smiled.