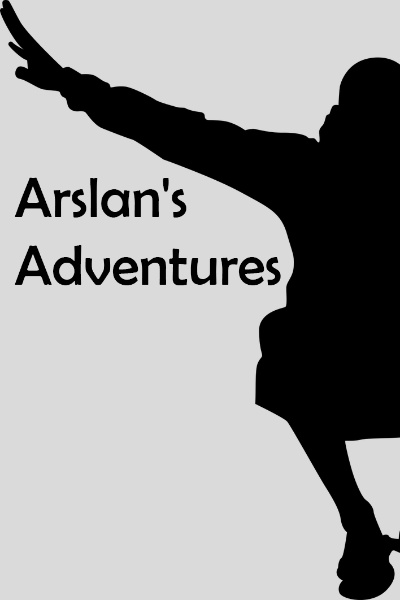 It’s been five days since he locked me here. And If he does not come back to kill me eventually, I will starve to death anyway.

Whoever you are, hopefully not him, if you find this beside a curling skeleton _that would be me_ and if you care enough to go through my awful handwriting. First, congratulations you’re stupid too, a smart person would never come to this place. Second, if you follow this through and learn from my mistakes, perhaps you could be smarter than me. Perhaps you could survive.

Here it comes, my stupid journey. Would it be a surprise if I told you that it began in the US ? Where aliens, superheros, zombies, and a variety of monsters are known to show up, along with all kinds of doomsdays.

Don’t blame me ! I’ve been in America for less than a month. All I knew before that, came from movies. Besides I did, I ended here. In this … I don’t even know what to call this place.

The necromancer said something about portals. I assume that if you came from the same portal that I went through you’re probably American.

Serves you well american, why the hell do you have portals in your country ?

Why do I care about warning you anyway? You're probably gonna survive this with your bullet proof American luck and badassery. And I am like that not_a_terrorist arab guy who dies first to set tension or something.

I wish you well, American <3

I used to live in Algeria ( the country next to Morocco).

It was nice, you know. It has beautiful beaches, nice food, and no portals. I had friends there. It is a nice enough place for a fifteen year old like me with little ambition.

Then my father found a job in the MIT of all universities, as a key research member on a project named AVAGE. A sudden turn to his archaeologist’s career. He wouldn’t talk much about it, but it was important enough that we had to move to the US.

I didn’t complain, far from it !

America had those classrooms with lockers, clubs and football teams, a special number to call on your parents to the police, kangaroos,  and all the cool stuff we see on movies.

My english was average, I was still struggling to pronounce Massachusetts right. I had to study before being able to go to highschool. I had to make new friends. I knew nothing about the neighborhood.

But I was ready for the adventure. You could call me Arslan of America !

After a three hour session of study in my hardly furnished room. I decided to go for a walk. Unlike my father, I wouldn’t go around taking pictures with a Dslr hanging on his neck like a tourist. I had my eyes for that.

So I walked, then I walked, then I … Why the hell are the houses so far from each other ! That's not a neighborhood, you can’t even hear the neighbors ! Who designed this suburb seriously ?

I only had half an hour break, and I needed to stumble over something other than a house. I considered turning back, perhaps I was just going in the wrong direction.

That’s when I saw her.

I know I said I had no friends in America, it was still true. But I knew Alex back in Algeria. She was American. She, and her parents_both archeologists_ came last summer. They spent a couple of weeks with us, preparing for an expedition in the desert.  So I saw her often back then, but knew nothing about her aside that_ and that’s my assumption in good faith_ she was shy.

She wore black as usual, her skin was pale as if the sun never touched her. Her black hair that falled loose on her shoulder and across her face didn’t seem to bother her. Her earphones barely hang on her ears.

Not gonna lie. I kinda feel a peak of tiredness whenever I see her.

That day was not the case.

Our eyes met, she glanced at me, did she sigh ? She walked past me in her typical Alex_ doesn’t_give_a_shit attitude and left. You see why I need new friends ?

That’s how I decided to set aside my studies for today. And meet people !

It was not procrastination.