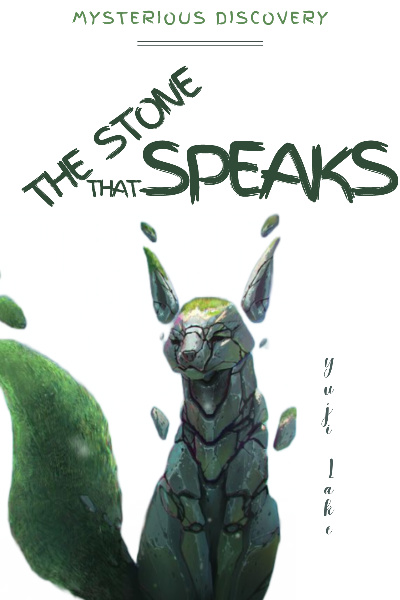 The Stone that Speaks

September, mild weather, is a perfect day for the special program of Tamprim Senior High School to open the school year by giving students free hiking passes and tour guides to explore Tamprim's most scenic mountains and lakes. Despite the free tickets, most of the students, particularly local students exempt themselves from the one-day hike, and only those who are adventurous enough and new students willingly join. Among the students is Meg Henice Kwinski who was simply a transferee from a rival school. Like any of the new students, Henice- her preferred name, is unaware of the challenging trek ahead and wrote her name on the attendee logbook.

They gathered at the main campus and were grouped according to their year, Henice, who was in her final year joined a group of excited classmates she’ll later know. They have a brief introduction to one another before they are designated to their respective shuttles. They travel three hours to reach the small village of Igtol, where the majestic mountain ranges surround.

Philosophy Teacher, Kakawi, on his mobile phone was angered by the other line. Students were entertained by his short temper and impatience as they tape him on the most unfortunate moment. They had to wait for another hour since they arrive, the supposed partner of the tour guide had a bad fight after last night's party and was detained at the municipal’s precinct.  And his substitute just woke up with the news and has to make no breakfast to travel the soonest as possible.

“Okay, kids... Line up and roll call now!”, the teacher shouted before waving at his delinquent students already at the foot of the mountain, gesturing for them to come back.

Henice, on the other hand, was able to have good chats with her newfound group.

“This was my second time, honestly”, Balina said to the group. The chat ended as the black eagle passes with a screech above. The students were thrilled and they bring their phones and cameras to capture the taste of the jungle. Henice, smiled from the rare scene away from the town where she lives. Disappointed she never visit this nearby village, an hour's ride from their home in town.

Almost an hour later, Laka, an elderly woman came by riding on an old red Yamaha scooter. ‘Too many students’, she thought and park her ride under a mango tree. The teacher was not surprised as Kandi introduce the old woman as his partner of the day- the substitute tour guide.

“It’s good to see you again, grandma”, the teacher said, tho she’s not his biological grandmother, she called her for respect. The old woman was in her near 70s, a bit slouchy but evidently strong and jolly. She was introduced to the students who can’t hide their disbelief and disappointment. As they start to climb the mountains, grandma Laka leads the way with a bolo hanging on her waist. She clears the twigs and sticks on their path using the blade, some boys volunteer to do the clearing, but the grandma insists and said, “It’s my job, your job is to be careful, do not touch any of the edged leaves, it cuts and it’s poisonous. Focus on the path, do not chat as you walk or be distracted. Just walk cautiously”

Henice, heard the grandma and keep her phone in her jacket's pocket. Later passed, and they arrived at the first lake within the forest. The students were overjoyed and immediately set their cameras on every angle they think fit for their school newspaper and social media. The boys are complaining with their teacher who won’t allow them to camp for the night, and others can’t wait to unpack their lunches. Henice was neither of interest, she just stood looking above the mountain they had yet to climb. She leaped from the sudden movement on the ground, bulging, and almost stumbled her down. She kneeled on the rocky shoreline, searching, confused, nothing particular among the rocks. But then she picked, ‘Hmm. Perfect for grime’. The rock was rough looking yes, round shaped and gray, nothing odd. Henice, put it into the outer compartment of her backpack and went to her friends.

Support "The Stone that Speaks"

PayPal
Fiction Index
About the author