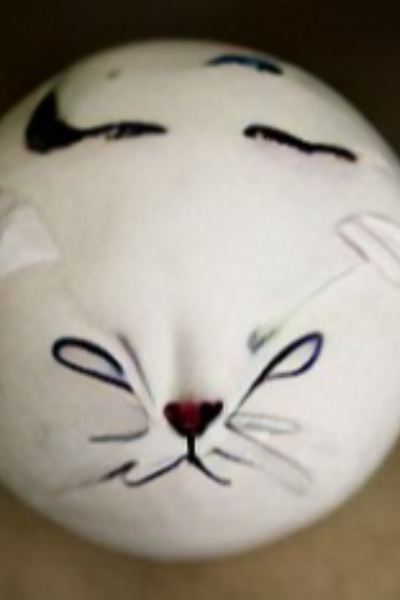 Episode 10: The Death of Gary

Gary stood still in the center of his home. He stood there glancing about the living room is boots pressed against the hardwood saws do you want to go over to the coat rack in the room's corner and he grabbed the pizza delivery jacket with his hands straining through it like a pasta strainer is the air down it’s one of those stains on the jackets from a few weeks ago when Aggie blew up people Gary size I need and back toward the kitchen where he saw Aggie he saw several versions of Aggie as if you were staring not through space but screw time he saw his Aggie he’s on innocent cat he saw something that wanted more he saw his tormentor Esau dense black Fiscus all cramped up inside a ceramic ball of white Gary step backwards for a moment flinching before calling wide-eyed and studying for the drawer of the kitchen he brushed past the several incarnations of Maggie and he threw open the refrigerator door he reached for him to go back to cuts gathered around him meowing Rubbing up against his legs even in their most grotesque all alarms fighting for his pension Gary reached deep into the back of the fridge and pulled out his gun he has it up against his temple he pulled trigger battering his brain against us out of the fridge.

Gary stepped back, staring about the living room. At first glance, the coat rack caught Gary’s attention in the room's corner. It was badly stained, but Gary was happy to see that it was still real. Gary swiveled his head around. As before, there was a menagerie garden of Aggies gathered throughout the kitchen. It splattered blood against the kitchen window, overtop the stove, and cased the fridge. One of the Aggie’s scampered up into the kitchen. She stared up at him with wide eyes for a moment. Her flesh cracked. Black, bristly appendages sprouted out from her sides, clinging to the floor like the appendages of a spider – Aggie swiveled around, and she darted back into the kitchen. The cat scampered onto the counter and lapped up the fallen blood with a similar black and bristly tongue.

“Hey, Aggie. Isn’t it weird that I’ve never had to reload this thing?”

The most ordinary white house cat crept up toward Gary, sitting at his feet. She stared up at him, listening intently.

“I never actually used it when I was alive. To be honest, I don’t really know how to.”

“It was a gift from my sister.”

Gary stared down toward Aggie awkwardly for a moment. She purred. Several moments passed in silence.

“If you didn’t want me to have the gun, I wouldn’t have it. Simple as that.”

Aggie swiveled around Gary’s leg, turning her back on him, scampering back into the kitchen. Gary followed slowly behind her. Gary continued,

“It’s weird that you want me to have it.”

Another cast again. This one differed from the other kitchen, as this one has Gary turn around to face the creature's unsigned legs holding from paws Gary knelt down to face the creature. It was holding up an opened laptop. The screen was bright. Gary stared into it for a moment, crouched down, unmoving. His pupils dilated. He could feel his soul being stripped from his body and into the machine.

At once, Gary could feel himself falling. This time, he was a black void. Around him, there remained a valley of red rings, between which he fell. He no longer had a sense of time or place–the disorienting void stripped him of that. The void was no longer his. “Alone”, Gary could feel his eyes burning through air.

I can not breathe. I’m quite sick. He could remember vividly the moments he banged his head against the wall, the comfort and loneliness he felt in the void when he was alone. Gary remembered the countless times he had flinched at being compelled to drown, when his stomach would quiver and his eyes would flick shut. He recalled the rise and fall of the shackles and the dispirited state of his friends.

“And that is why I am here with you now. My absence is a sort of invitation to you. I am here to see you!” He could feel his heart sink. He knew he was alone. It was time to go.

Gary grabbed his jacket — he unbuttoned it. He reached into his inside pocket, where he snatched out a book: El Infierno Godfrey. He stared down at its leather-bound cover for a moment, and he shrugged. With no hesitation, Gary hurled it into the void. A thin crack formed on the walls of the void, an incalculable distance away from Gary. It spanned down the length of the infinity he found himself in, and the damage spread. At once, planes of reality crumbled, as if it were the screen of a shattered monitor. There was a powerful force—like wind—like a vacuum, sucking Gary out from that black void.

At once, without warning, it propelled Gary through the kitchen window of his home, landing flat on his face in the white void, in a pool of glass shards and his own thin layer of blood. Gary shakily pulled himself up to his feet. It covered his arm in a coat of scratches and scrapes. There was no change in his expression. He stared blankly at his home and at the broken window at its center. He jerked his gaze back around into the abyss. Standing just shy of him, there was another Gary. He approached this impostor, and he stood still. The other Gary did not move. He did not move a muscle, and he did not make a sound. Without warning, his head contorted. Its face spread apart, grinding against the other half as if it were gel. The fluid became dark as the form of its head shifted into that of a cat — then the color faded in. The other Gary fell to the ground, clutching at his head, before promptly jumping to his feet. With the body of a Gary and the head of an Aggie, the other Gary stood up beside Gary.

Slowly, the other figure towered over Gary. He snatched a revolver from out of his side pocket, held it up against the side of Gary’s head, and fired. In an instant, Gary fell flat on his face and died, splattering across the floor of the blinding void.

Gary stood still in the center of his home—he stood confused for a moment, glancing about the living room, his boots pressed against the hardwood floorboards, He crept over to the coat rack in the room's corner, and he grabbed the pizza delivery jacket, straining through it like a pasta strainer. He stared down at one stain on the jackets from a few weeks ago when Aggie blew up people. Gary sighed, and he walked back toward the kitchen where he saw Aggie—he saw several versions of Aggie as if he were staring not through space, but through time. He saw his Aggie, not as an innocent cat, but as something that wanted more. He saw his tormentor. It stared straight up toward Gary, sitting by his feet. The cat spoke up.

“I’m sorry, Gary — I cannot let you live, and I cannot let you die. I would if I could. The only way I might afford you some relief would be if you let go of these convictions and accept the simple reality that you have nothing.”

Gary stared back down at her. There was no change in expression. Seconds past. He furrowed his brow. He smiled, and he laughed. Gary said,

“Come on! You should know me better than that. We’ve spent so much time together, dude. You know I’ve had nothing. That’s why I got a cat.”

And he dropped to his knees. Gary continued to laugh uncontrollably. He laughed so hard that he fell onto his side, tears streaming down the sides of his face. He cried,

“I—I don’t think I was ever the problem… It wasn’t me, and it wasn’t Godfrey. I knew it was you all this time.”

And he fell back into a fit of laughter, and he pulled himself up to his feet. He said,

And he collects himself. As he leaned against the counter, his laughter died down. He swiveled his view around toward the living room, where he paced past the cat and toward the couch. He threw his jacket up off of his head, and he tossed it over onto the couch. Behind him, a sizzling sounded out–a squishing sound, like a heart of worms. Gary, still with a grin on his face, jerked around to face the source of this noise. The cat had become something greater: black tendrils stuck to every surface of the kitchen—an enormous, amorphous blob stood before him, with Aggie’s shiny, ceramic head at its center. The pulsating thing slithered up toward Gary. Still, his expression did not change. The cat spoke once more.

“So, you’ve tried to make your choice, and you have chosen incorrectly. We will spend much more time together. I will just have to make that choice for you.”

Gary swiveled around, and he darted toward the front door, tearing it open. Before him stood Aggie’s acolyte from before, the other Gary with the head of a white cat. It snatched the revolver from out of its pocket, and held it up toward Gary—Gary crouched down onto the ground, and he sprung away back into the living room, back down the hall toward his room, where he slammed the door shut behind him. Instantly, the lights flickered off. Moments passed. The television flickered on. The light of the soap opera filled the room. He spotted a thin figure standing perfectly still on top of the television — Aggie. She looked like she had been a taxidermic. At once, she leapt down toward him. Gary dove out of the way, scampered up to his feet, and threw open his bedroom door.

Standing before him at the other side of the hall was the Aggie-headed Gary, holding the revolver up toward his face once more. Black goo crept beneath the other Gary’s feet from the blob behind it, lapping at Gary’s shoes. There was a bang and a puff of smoke—they fired the revolver. Gary stumbled into the bathroom at the side of the hall, slamming it shut behind him. He leaned against the side of the door as an intense knocking came from the other side. The goo seeped underneath the door, with miniature ceramic Aggie heads forming within the substance.

Swiftly, Gary turned around and he locked the door shut. He snatched the curtain from off of his shower, and he jammed it beneath the slit at the bottom of the door. Still, some fluid got in, but much more slowly. Some of the substance ended up in Gary’s hands. He leaned forward, toward the mirror and the counter, and he washed his hands in the sink. Gary’s heart was racing, and his eyes darted about the room as he cleared his hands of the substance. Beside him, there was a typewriter resting on the kitchen counter.