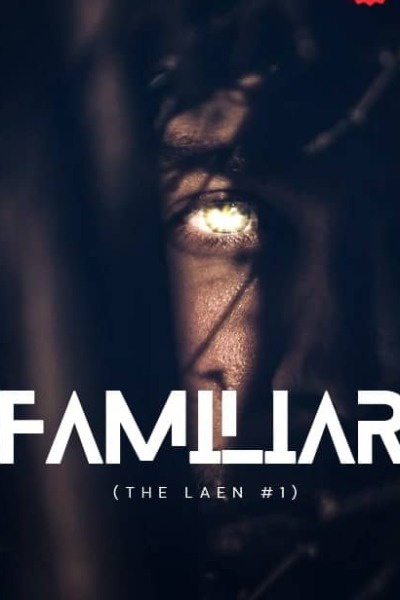 Getting To The Cliffs

“You know,” Lathia says as we laze around after a satisfying breakfast. “I’ve never seen anyone sleep as much as you do.”

“It’s a talent,” I say with a slight smirk, my eyes closed. An orb of Uua appears above my hands before dispersing. This is the first time in a week that I’ve had the chance to lay around after the sun comes up. A few days ago we would have been walking long before now. Thankfully, according to Drew, we would be staying here until it's time for us to leave.

“Why don’t you try jumping off the cliff? Trust me, you’ll love it.” She has been trying to convince me to jump off the cliff all morning. Of course, I refused, no sane man would willingly jump off a cliff. Especially when she refuses to tell me what would happen if I jump off it. And not only her, but the rest too.

I hear footsteps and slightly open an eye. In front of me are the twins, Drew and Emma; they are all wet, probably from jumping into the ocean below us. I shake my head again as my eyes close once more. My hands clench continuously as though I am trying to grab something but keep failing.

“I’ve told you before, I’m not interested.” I refuse Lathia’s offer.

I feel a small kick on my side and open the same eye again to see Drew smiling down at me. “Get up, it’s time for training.”

My second eye snaps open. “We just finished breakfast not too long ago.” I protest. “Besides, it’s too early to begin training.”

I let out a sigh and get up, following Drew a distance away from our temporary camp.

Drew walks to a somewhat large boulder and kicks it. The kick, though looking somewhat normal, shatters close to half the boulder, surprising me. Even if I enhance myself with the enhancement noer I doubt I could easily do what he just did.

“Can you do that again?” I ask Drew. In reply, he walks to another boulder, as large as the previous one, and kicks again, this time the boulder completely shatters as the kick displays greater might than his previous one. This time though, I have second sight turned on so I am able to see how he does it. He covered his foot in Uua.

Still, when I had fought those golems during my Apprentice exams, I had covered myself in Uua yet it hadn’t achieved the same effect as his one kick.

“It’s simple. I concentrated my Uua on my feet. That’s what you’ll be learning today.”

“How to concentrate Uua on my feet?”

He nods. “Yes. And not just your feet, but your whole body. Do you remember when Emma said you have some other minor problems with your combat skills?”

“Well, this is one of them. In your fight with Keldin, when you surrounded yourself with Uua, you made no effort to maintain it. You just poured out Uua from yourself, like a tap with a broken handle. Do you know how much Uua was wasted? I mean, just with Uua alone, you could have overwhelmed him, yet you just poured Uua out of yourself for a measly bit of benefit. Today we’re going to change that.”

I am a little bit hurt by his words, but that is because I only just realized how stupid I had been.“How come most of what you’ve been teaching me is focused on the Uua?” I note.

“You don’t know how to use yours well, besides, for your level, learning how to skillfully use your Uua is probably going to be the most beneficial. Anyway, this technique is called Focusing.”

He starts by telling me to sit down, after that he begins to draw a noer on the back of my clothes.

“Protecting your clothes. I’ll teach you a noer later so you can enchant your clothes yourself. For now, I’ll just do my best to prevent your clothes from burning up.” I then realize what he is trying to do. With Uua’s destructive nature, releasing it while wearing clothes would be the equivalent of setting my clothes on fire.

“Wait,” I say, “I’ve covered myself with Uua before, how come my clothes didn’t get burnt?”

“You were probably wearing your Apprentice robes, right? Those things aren’t just for fashion. They’re heavily enchanted. They were what was protecting your clothes.”

He takes a step back after that, obviously done with what he was doing. After that, we begin the lesson. First, I am instructed to release my Uua around my whole body. This is easy since I’ve done it before.

I envelop my body with Uua and stop, waiting for Drew’s next instruction. “Don’t stop releasing your Uua until I tell you to, also, do your best not to disperse it. Try to keep it close to you.”

His request is a bit unexpected but I do as he says. For some seconds it goes smoothly, but suddenly it becomes harder. Seconds pass and it keeps getting harder, still, Drew hasn’t told me to stop. Half a minute later I am sweating. By this point, the space around me is oversaturated with Uua and some of it starts to seep back into me. Still, Drew watches me without saying anything. A burning feeling begins to build up in me.

At this moment I stop, letting out a deep breathe as I disperse my Uua. “Why is this so hard?”

“It’s so hard because you can’t accurately control the amount of Uua that you’re releasing. It’s kind of like you’re trying to grab something with your hands full. The whole point of this is to get you comfortable with handling large amounts of Uua. Once you can do that, we'll proceed."

I take a deep breath and then start releasing Uua once more. This exercise continues for quite some time, with me slowly releasing and holding Uua until it gets too much and I am forced to disperse it. Slowly, however, it becomes easier.

Finally, Drew says. “Okay, when next you reach your limit, stop releasing Uua and instead focus on bringing it closer to yourself. There'd be a limit to how close you can bring it to yourself, your job is to reach that limit.”

He stands up, surprising me a little. “Where are you going?” I ask.

He shrugs “That’s all you’re learning today. All you need to do is to keep practicing. And don’t worry if you don’t see any noticeable effects. It’ll take more than a day to fully learn so just keep practicing.”

And then he walks away. I stare at his back for some moments before heeding his advice and going back to my practice. A few hours later my practice comes to a stop. Not because I want to but because I’ve used up basically all my Uua, leaving behind an exhausted, unsatisfied mess. The unsatisfaction has a simple cause. Despite wasting my Uua, I can’t notice any difference.

I go back to camp and after resting a bit, continue the training. Still, after I run out of Uua again I don’t notice a difference. It irks me a bit but then I just decide to take it easy, after all, Drew told me it would take time to achieve any noticeable effect. The most I can do now is to take care to practice every day. Having made up my mind, I fall asleep. Draining one’s Uua is a tiring thing, and I had done it not once, but twice on the same day, so it is to be expected that I would be totally exhausted.

When I wake up, I do a quick check of myself. I soon note that I have recovered a sizeable chunk of my Uua and nod to myself. I am tempted to continue to try to Focus my Uua again but I resist the temptation, making up my mind to continue the practice tomorrow.