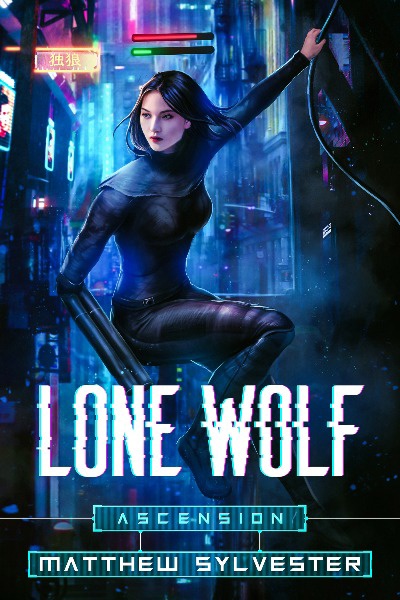 “There are too many! We can’t fight all of those!” Biyu’s hand flapped at the holomap as unit after enemy unit started to appear on the map. At certain points they were unable to advance due to the high numbers of vehicles and infantry trying to force their way through the defences.

Mai punished them for that, creating heavy artillery turrets at the far side of the city and shelling them before they could even get into the battle proper. Of great worry however was the God-mecha, appearing in an area at three six hundred paces away from where they had set their explosives.

“Chan, all mecha-knights to engage the God-mecha, I need you to pull it in this direction,” she drew a crude arrow. “I’ll pull friendly units out of the way so that the God-mecha concentrates solely on you. Gods grant you success.”

The Nether City lines buckled as the fighters reacted to the God-mecha. Mai still didn’t have any idea as to what it looked like, despite the fact that the holomap was 3-D in nature. She tasked a drone to fly towards it, gasping as she saw just how large it was. Easily fifty paces tall, it towered over the battlefield. Weapons festooned it, pouring devastating fire into her people. As she watched, an entire platoon of locals was scorched from the earth in one fell swoop.

Her display glitched as she tried to fly the drone closer, lines appearing on the display and the controls reacting sluggishly. All of a sudden white noise filled the display and she lost contact with the drone.

“Biyu! The God-mecha seems to have some sort of jamming in place. I lose signal at least one hundred paces out. What happens if the God-mecha is under our explosives?”

Biyu held a hand out for patience as she sent a cloud of drones zipping through the air towards the God-mecha. Setting them to different approach patterns she tested the extent of the jamming, lips getting tighter and tighter as Mai watched.

“To summarise. If the God-mecha is under the explosives where we need to be, we won’t be able to send a signal through to detonate them.”

Mai’s mouth worked, unable to form the words her scrambled brain was trying to say. Dakota said them for her.

“Sooo, we need to detonate them manually?”

“Someone needs to get up to the explosives, set a line, and detonate them using a manual trigger. All very old school.”

“All very suicidal, if you ask me,” snarled Dakota. “How the hells are we going to ask someone to commit suicide like that?”

“We’re not going to, I’m going to do it, and no fucking arguments,” Mai said. As soon as she realised what the God-mecha was doing she’d know it would be her job to bring the cave roof down. The others opened their mouths, probably to argue, but wouldn’t brook it. Reaching out, she pulled them into a hug. Holding it for a few seconds, she pushed them back, gave them a nod, and left the command centre.

Mai ran through a city completely transformed. She’d had an idea as to what it might look like as she made the changes necessary to turn it into a fortress, but she hadn’t left the command centre for what felt like a lifetime and seeing former habblocks now turned into armoured strongpoints bristling with weapons was a shock.

Locals ran back and forth, some carrying supplies, others rushing to reinforce a particular position. None of them even acknowledged her as they concentrated on their tasks. Shells from enemy artillery rained down a couple of hundred paces away from her and despite the fact that there were buildings behind her, and the unfortunate Nether City troops being shelled, it felt as though she was being lightly slapped over her entire body as the shockwaves washed over her. Spent shrapnel pattered down, accompanied by heavier pieces of debris.

A particularly large block of building slammed into the ground near to her, shards of plasticrete scything through the air, cutting into her.

She ignored the pain and formed a heavy infantry suit. It was well armoured, not as good as a mecha mind, and would allow her to move faster due to a servo-assisted system. The cost in BIO-MASS was negligible as it only required upkeep to its SOAK. So as long as she wasn’t hit by anything too big, she should be fine.

Coming to a trench cutting across a road, she leapt it without breaking stride, smiling at the curses and cries of surprise from the Nether City troops inhabiting it. A siren sounded, so loud that her suit’s dampening kicked in. Even so, her bowels turned to ice.

Too bloody right I’m intimidated, she thought irritated as ever at the pointlessness of the glyphs. And if she was intimidated this far away from the God-mecha because what else could make such a noise, what the hells did the troops near to it feel?

Ducking into a doorway, she paused to catch her breath before opening a city-wide comms channel.

“This is Mai Xiao, commander of the Nether City forces. All personnel are to select helmets with dampeners. No exceptions. Don’t let that big bastard get into your head. It won’t be around for too much longer. Trust in me and fight on.”

She blinked the comms channel closed as dozens of acknowledgements flooded in. She didn’t need to know her people were obeying her. It was in their nature to do so.

An enemy dropship, a long sleek body supported by four turbo-fans stuttered through the air mere paces above the street she was in, flames billowing out of three of the engines, a gaping hole in its side spewing smoke. Bodies, most wreathed in flames, tumbled from it, screeching as they fell before falling silent as they smacked into the ground with deadly finality.

Others dropped quickly to the ground, three of them barely touched by the flames. Laughing as they thanked the Emperor they’d made it safely to the ground compared to their colleagues.

“Praise the Emperor,” Mai said, grimacing as a loyalty notification popped up.

Forming a light machine gun, she stepped out of the shelter provided by the doorway, lifting the weapon before it was even properly formed. The enemy troops were still busy trying to collect their wits after such a close call. All were players. And it showed. There was no situational awareness, they were far too concerned with celebrating their survival.

She formed a laser sight, then played it over the face of the nearest player. He blinked, swatting at his face as if he was being bothered by a fly. It was almost comical to see the realisation dawn, his face going slack with surprise as he fully turned in her direction.

Time slowed. His mouth started to open, targeting boxes appearing all over him as her passive USE LIGHT MACHINE GUN SKILL kicked in. Just as slowly the two other players started to turn. Mai felt as though she had all the time in the world. Now she was looking at them properly, she realised just how young they were. Whether it was a true reflection of their age in the real world she neither knew nor cared.

The first player’s arm started to raise slowly as he tried to bring his weapon to bear. Shifting her arm slightly, Mai laid the laser onto a CRITICAL HIT marker on his throat. Just before his weapon reached a point where he might be able to fire, she sent a burst into his throat.

He gobbled, as blood jetted in all directions, half of his neck torn away, drenching his colleagues with blood as he tried to stem the bleeding.

One of his colleagues shrieked, swiping at the blood that had blinded her, whilst the last one continued to turn, firing before he’d even fully raised his weapon. Mai shifted to the side, laid the laser on the side of his head, and fired.

Skull exploding, the top spinning away, exposing what was left of his brains as the pressure popped his eyeballs from their sockets, more brain matter pouring out of them like some sort of bloody porridge.

Mai charged, changing her LMG into a tomahawk. Still shrieking, the last player finally managed to wipe the blood of her friend from her eyes. Just in time to see Mai’s tomahawk descending towards her skull.

Breathing heavily, Mai looked down at the remains of the player’s face. It was utterly unrecognisable as having ever been human. The kill gave her no satisfaction, however. Whilst the player might have suffered as their avatar died, they were still alive in the real world. She prayed to all of the gods she could that they had lost a fortune getting to this point.

Absorbing the tomahawk, she shook her hand to clear it of the blood, hair, flesh, and other things she didn’t want to look too closely at. In the end she spent a tiny amount of BIO-MASS to clean it.

Although the fight had lasted mere seconds, it felt as though she’d lost days to it. The battle still raged across the city, tracers and lasers rising into the sky, explosions filling the air with sound and debris. Giving herself a shake, she started running again, the bodies of the players totally forgotten.