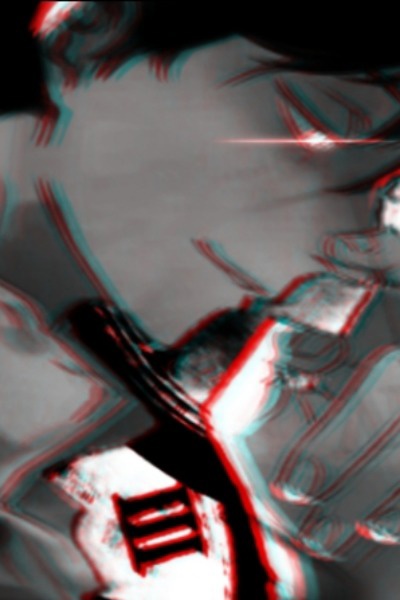 "Boss!" Japheth waved his hand as he walked toward me.

On the other hand, the other new members of the corps walked toward the mansion to start the preparation for their official membership celebration.

He flexed his arms while flashing his huge smile. "Doesn't I look cool in this suit, Boss?"

I crossed my arms and examined his clothes. He was wearing a black butler suit while his dark gray hair was tied up with some of his bangs still on his face, covering his right eyes. On his arms, he was wearing vambraces that really reminded me of the vambraces I had in my demon lord cosplay before, the only difference was the steel that was used in his was apparently high-quality steel. With that said, overall, he looks so formal that it made me wonder if he's still the same kid I met before.

"Not bad. To say the least, the suit really suits you."

In an instant, his grin disappeared and turned into a serious face as he put his hand on his chest and gracefully bowed his head at me. Like a real butler would do! "Hearing such praises coming from you, really pleases me, Lord Casimir."

What kind of sorcery did Leal cast to make this rascal into this awfully handsome brat?

"Overly dramatic, but sure."

Japheth laughed at my response, however, immediately stopped upon shifting his gaze towards the person standing beside me. His eyes narrowed.

"What? Is there a problem, Japheth?" I asked.

"Boss, is she angry at me? Why is she looking at me like that? She looks like she's going to punch me." Japheth answered while pointing his index finger to Misha.

I shifted my haze to Misha and found her just narrowing her eyes while staring directly at Japheth. I patted her head.

"Is there a problem, Misha?"

She looked up at me and shook her head. "Nothing."

"Just don't worry about it, Japheth, lately, she's been doing that look towards everyone. Maybe she got that mannerism from a certain someone she's often hanging out with."

Of all the people!

From a distance, Kuro and Leal were done talking and Leal walked toward us. "We should go now. Leo and the volunteers from the Fang faction are already waiting for us."

As Leal reached us, Japheth bowed his head towards him.

Leal shifted his gaze at him. "Japheth, you should join your colleagues now, they are already preparing for the celebration that will take place tonight."

"Yes, Master Leal." Japheth shifted his gaze to me. "See you around, Boss." He waved his hand at Misha. "See 'ya, Young lady." And ran towards the mansion.

I couldn't help but smile as I watched him run and slowly disappeared from my sight. "Before I knew it, he's already a completely different person."

"You haven't seen him fight yet, that smile would be much bigger when you do." Leal walked past me. "Let's use your carriage to get there."

I nodded and followed him. "Isn't organizing a huge mercenary group hard? I think training a bunch of people is quite hard. It's not that different from governing an entire town."

"Hard? Maybe. Leading a mercenary corps is extremely hard at first, especially if I myself didn't have any battle expertise when I started it."

He stared at me and smiled. "Yes, when I started the Marionette corps, I didn't have any kind of battle experience, I wasn't even a mediocre fighter. And along with Kuro, I was one of the first trainees of my own mercenary corps."

"Then, who taught the first batch of Marionette corps?"

He hopped up on the carriage. I and Misha followed him and sat on the opposite side. As he closed the door of the carriage. He leaned his elbow on the glass window and stared at us with a smile.

"The first batch of Marionette corps including me and Kuro was trained by Mehrad."

"Mehrad?" I narrowed my eyes. "That makes a lot of sense. He's the one doing the physical training with me after all."

"The only difference between you and us was, you have Tanya to train you in magic. We on the other hand back then, Mehrad trained us both in physical and magic."

"Just like I suspected, Mehrad really is great at magic, Tanya mentioned about it before. I wonder what crazy skills Mehrad has?"

Leal responded by flashing a puzzling smile. "If I am gonna be honest, I would say that there is not much exceptionally special in his skills, what makes them special is he who is using them." However, almost immediately, he narrowed his eyes as if he remembered something revolting. "However, those training sessions weren't free. He agreed to train us for a price and the price was so awful that I had to work very hard just to pay him up. To the point that I almost died countless times accepting dangerous missions while still in training." He slowly shook his head. "That man was an awful person, and still is an awful person. You don't want to know what is hiding inside those stupid polite smiles of his. He is the last person you should trust." His eyes trembled while expressing great hatred in them.

Woah! Hold yourself together, Buddy! Man, did I just accidentally scratch an old wound?

I cleared my throat. "Uhm, I see. But don't forget that he's one of the reasons why you are now the leader of a powerful organization, right, Leal?"

Leal nodded. "Of course, he has my deepest gratitude for helping us in those hard times. Without him, I don't think the Marionette corps would be this powerful. After all, that's the only reason he's still alive. However, someday, I will have my revenge." He said with such a gentle smile on his face.

Yep, I hereby declare that I am now certain that there is no sane person in this town. Everyone is weird in their own way.

"Sure, I am looking forward to it."

"You will see, I will brush off that annoying smile of his and use his face to wipe every road of Agrona."

"Okay, you should stop that, you are scaring Misha."

However, I found Misha just laughing at his adult tantrum.

And you, Young lady, you shouldn't laugh at someone's pain, it's rude!