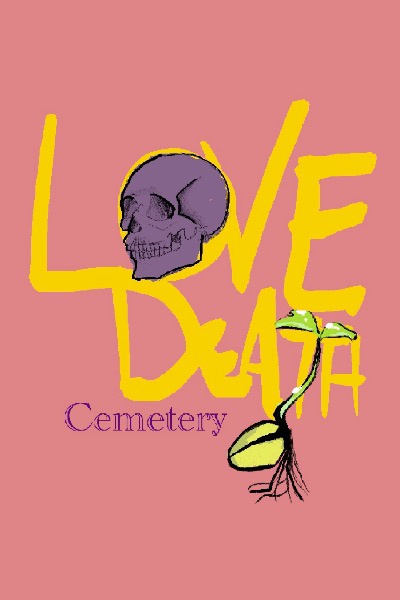 The next morning, Lug took a quick breakfast before leaving the house.

Just outside, Eno was waiting for him.

« Yes, I'm not sure why, but I sleep great in this cemetery.«

« Ahah! So, the program for today is to start cleaning up the graves of Valmont. »

Lug went to the shed, just a few meters away from his house.

It was made out of wooden boards that successively swelled because of the rain and dried thanks to the sun. They seemed to have lived longer than the oldest graves in Valmont and yet they still held without flinching.

In there, Lug found a whole bunch of tools, and several forms that were outlined under a thick blanket.

« Don’t put your hopes up, it’s just a bike and a small trailer. Nothing fancy. » said Eno.

Lug pulled back the blanket to reveal a bicycle in fairly good condition accompanied by its trailer.

« This bike still has all its wheels, that is a surprise. I’ll be able to go to the city to bring back things I need! »

After doing some quick repairs on the bike, Lug took everything he needed from the shed, filled the watering can and then headed for Valmont with Eno.

As they got closer to their destination, they heard someone shouting:

A soccer ball flew by and hit Lug's leg with the force of a baby's punch.

He then saw some children getting closer.

They looked frightened, shy, and sorry for that bad shot.

One of them caught the ball and ran away with it, the others followed.

They were all between 5 and 10 years old.

Lug didn’t move, he watched them go away.

His first reaction was one of amusement, but it quickly turned to sorrow, as he realized what their presence here meant.

Ghosts were physically indistinguishable from a living person.

That's why Lug forgot that he was dealing with people who had been dead for decades, sometimes even hundreds of years.

He was acting like the new anti-social inhabitant of a quite ordinary village. He wasn't going to talk to anyone, and the ghosts, most of them very suspicious, had no intention of making the first move.

That's why there had been little contact between the ghosts and him since his arrival.

« Hey, Lug. Get moving, we are almost there. » reminded him Eno.

He immediately caught up with him.

As they walked, Lug kept looking at the kids playing.

« What’s up with their ball, is it a real one? Like, can ghosts touch real objects? »

« No it’s not a real ball, some ghosts materialize objects to which they were particularly attached while alive. »

« You can materialize stuff? I didn’t know! »

« You live with Gavan and you never noticed that his cup of tea was materialized? »

« Of course, you've never seen him make tea, heat water, or anything else I presume. He just materializes the tea which reappears in his cup after a while. »

« Ahah, did he make you think he had this kind of power? Gavan is funny. »

« That's how you feel when you learn a lot of new stuff. It's a good thing! »

There was a lot of work to be done: Lug had planned to clean up a dozen graves and pull weeds from the surrounding area.

It was going to be difficult, but Lug did not hesitate and went straight to work.

Shortly after he started, he heard a soft voice.

« Hello, I'm sorry about earlier, my kids are a bit restless. Are you ok? »

A woman, in her twenties was standing just in front of him, dressed in a long white dress and a straw hat, she looked like she came out of a Renoir painting.

Her voice was as soft as the aura she gave off.

The sun was her spotlight, the earth her stage. To Lug, she felt like the main character, and he was just a spectator.

He was intimidated, it was the first time he had seen someone so distinguished.

He managed to come to his senses, resumed cleaning while answering:

« Everything is fine, it’s great to see kids having fun! »

« Hello, Miss Malda! I’m fine but busy, I supervise the cleaning of the graves. without me, poor Lug would be lost! »

Lug stopped scrubbing and turned around with a face that meant: "seriously?"

« Lug? Is that your name? You must be the new cemetery caretaker. It’s pretty uncommon to meet a living person who can talk to the dead! And you are so young too.»

He was embarrassed and this detail did not escape Malda.

She took a deep breath, bent down to face him, and said:

« Lug, you need to understand one thing: Everything happens for a reason. I am sure that your presence here will bring great changes, this place needs it. You are needed. »

It came out of nowhere, but it hit the spot. She had a gift for understanding people quickly.

Lug was touched, he was seeing this person for the first time, and in just a few minutes, she already understood him better than anyone.

« Perhaps. But that's a discussion for another time. I have to get back to my kids now, I’ll leave you in peace, have a nice day! »

« Oh ok, tell them we can play soccer together one day. »

She left and Lug had an ambiguous feeling, on the one hand he was relieved that she left but at the same time he was sad that she did not stay longer.

Bio: Putting esoteric stuff in a bottle and shaking it. Here’s is where you can find me : https://linktr.ee/j.a.c.k