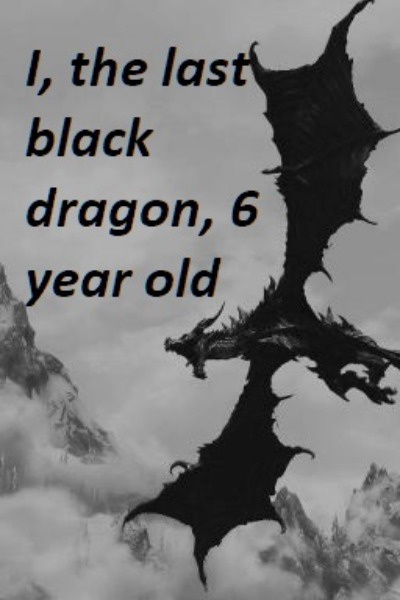 End of the story

Remove Ads
Previous Chapter
Next Chapter
A note from The Devourer 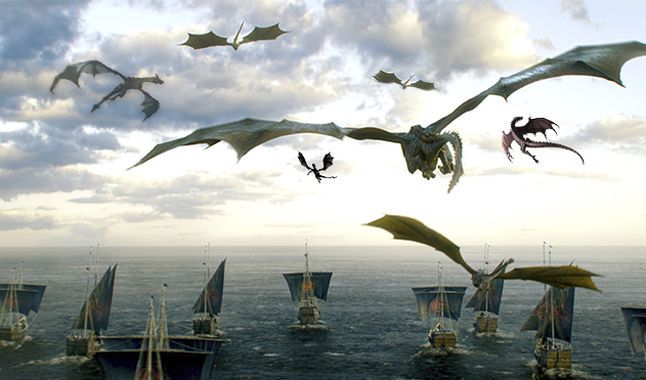 Argentrix was lying, all in tears under the wings of his mom and dad.

Auronne wiped her sweat and sponged it off.

She spent the week like that, terrorized, without letting go.

Spider spray was sprayed everywhere, but as the days went by, she calmed down.

Then she screamed at Tiamat to get her hug.

We all had to stand around her so that she could calm down and we showed her a dead body of a spider snake killed by insecticide.

This helped her to recover.

Then we lured her outside where a crowd of Indians and friends had come to see us again.

It was the great feast of the reunion.

All our friends, colleagues, survivors and immigrants as well as the rescued troops were gathered for a private mega party.

Argentrix leaned on me to move forward, helped on the other side by Hirrax and we settled down.

No speeches were made. There was nothing to say, nothing more to say and just being present was important.

Then Tiamat stood up without letting go of her aura of terror.

"As Primary Goddess, I will bless my little family gathered here. They have suffered distances, hardships and wars. It is time for this to stop and for you to regain the joy of life.

And there is nothing like children to find happiness again.

I'm going to ask you to lay your unhatched eggs and and I'll pass the abnormally long waiting time on to you. There is not enough mana here on earth and I will come and fill it for you when you pray to me".

The dragons howled with joy and hope for future generations.

Auronne put her 2 eggs in the nest, Argentrix did the same and Hirrax also placed a red egg discreetly others placed their eggs and they received a huge dose of mana from Tiamat.

They became luminous and one could hear the hearts beating inside.

Then, the next moment, Tiamat was gone.

I went to retrieve our eggs but I saw Hirrax hugging me with her egg.

Argentrix hugged Hirrax and said "I love you big sister"...

They also proceeded to the concubial marriage between me and Hirrax and the feast continued for several days.

The portal between Ethernia and the earth was sealed definitively to protect itself and the passage to the stone-pushers was also sealed.

The troops of Hirrax were liberated and the earth regained a semblance of peace.

The dragons and helldrakes left to explore the world, to discover the cultures.

Then we rushed to Three towards Las Vegas to meet our biker friends.

We visited Elvis but also Disney and I always wanted to take revenge on the sausage but this time, it was Hirrax who was the victim.

A chase took place then we were beeped and we returned in fast flight towards the ranch.

The whole family was there, even Tiamat.

The eggs started to shine and to hatch...

Auronne gave birth to two small golden dragons, two boys and then it was Hirrax's, a small black and red dragon a black body, but a red neck, red wings, a draconis.

One white and one black. The edge of each scale was golden. They were beautiful.

We couldn't put a name on them, we were too excited.

The first dragon covers on Earth. They were linked to the Earth and mana would not be a problem for them...

For the first time in a long time, I was happy and I let myself go on a stone heated by the sun.

I needed a long, restful sleep. Just like we did.

Journalists from all over the world flocked in.

"What are you going to do about it?"

"What about the little ones?"

"They're going to play with their classmates."

So Ivan and his family decided to stay together and live in this wilderness. A simple life as a farmer and rancher awaited them where their children could blossom.

Sinistrar gave up politics and the dragons withdrew from human affairs and devoted themselves, like the Indians to the preservation and transmission of their culture, to recover and recreate the Draconian alphabet, and to pass on folk traditions and festivals.

A true work of historian but the Earth is enriched by new cultures.

And these cultures developed tourism and knowledge of the other.

Then came the time when the dragons dispersed to found their homes and settled in every corner of the world.

They were considered winged citizens.

The only one who had problems was Vertix, who was chased by griffins all the time.

Me? I had a huge bed and my dragons on either side and under the wings the little ones who sucked their thumbs under our wings.

Then it was Hissa who welcomed us with breakfast, fruit juices and products from our farm.

A few weeks later, the little ones were stronger and playing and we decided to take them to see Mickey, but as spectators.

They were amazed by the magic of the place and of course, we were in VIP and at will.

A vacation was what we needed.

I had a feeling of emptiness, as if all the threats had collapsed and I didn't realize it yet. I understood that the stress we had accumulated would take years to dissipate.

Then one day, a huge sphere of light floated around the ranch.

It landed behind it and a huge staircase came out with Tiamat in its grandeur.

"Ivan, your mission is now over. You have accomplished great feats and you have saved me.

I am a Primary Goddess."

Meanwhile, my family had gone out to see the ship, and even Higgins, while visiting, witnessed the grandeur and structure.

"Ivan, as I was saying, my role is that of a Primordial Goddess.

I must destroy the godless Gods and free the worlds from their yoke, as for the celestial ones. I am and will never be a goddess of goodness, which does not prevent me from loving my own and those who show courage.

You know how to call me and I will come immediately, no matter how far away.

And she kissed me one last time on the forehead.

"You still have my powers and use them wisely, my child. Then two dragons boarded the ship. Ténébrion and his daughter Hybrid... (They signed on and said "We want to discover the universe with mommy").

Tiamat entered and the door closed and the sphere disappeared, invisible.

Thus our adventures ended until when? We will see what our children will do as stupidities.

We went back to our Ranch and told each other about our adventures around the fire pit.

Tania came to find me. "Will you take me back to Ethernia?"

"It's because I still love you...Tania, but not as a concubine. Regain our friendship, that's all I ask."

And she left with Higgins at the base.

Somewhere on Ethernia, Zergalor..., I wonder what will become of our descendants and Josh...And, with the help of drugged dragoraptors, they set off again in the direction of Sahelia, leaving Ethernia bloodless.

Little by little the Zantar rose from its ashes and the fantastic animals came back to life.

5 years passed and I was proud to be a dragon and, with my family, we flew over Alaska, exploring the rocks, and teaching the little ones hunting and survival techniques.

Soon it would be their turn to go to school.

But I prayed to Tiamat every day to thank her for her gift of life. But also to warn her of Tania's gaze. I could see deep inside her "mom and dad", traces of Hakumen, demon seeds. It was time to pull Argentrix out of the claws of this monster.

And one day, seeing my family happy, I caught Tania and threw her into a hole for Tiamat.

"Sorry, but it's nothing personal."

She then joined the troops of Tiamat, lost and not understanding my cruel gesture.

Tiamat made her sit next to her on the pilot's seat.

"Your soul has the germs of Hakumen..." Tiamat explained, "And instead of destroying you, I am here to teach you the way of the Demon, how to lead our new infernal army.

They all love you but no longer want your influence on the children. So come with me... We have worlds to save. Passages here have destroyed parallel worlds, other selves have suffered, other dragons are lost. This ship will take us to explore other dimensions."

And that's how the sphere arrived in another earth, where the moon was destroyed, the Destroyed World.

Tiamat and a few companions set off in search of other fragments of itself scattered throughout the vast and infinite universe.