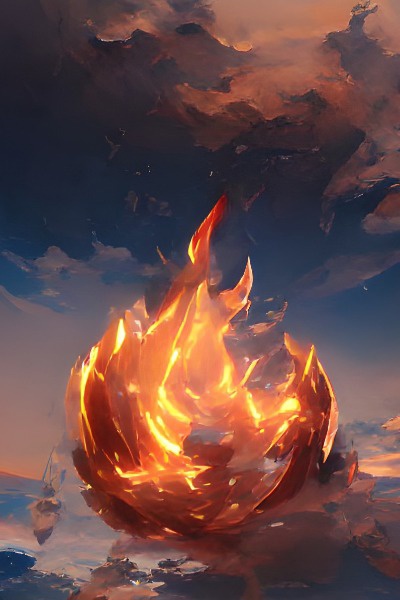 Consider following and rating if you like this story of mine so far. I would appreciate it.

The 5 chapters week schedule started. I will do irregular daily schedules, while I will upload chapters no matter what. {depends on the time zones as I will do some experiments again} The lengths of them should be higher, as this 3rd arc will be denser. I am managing 2500 words on average. I think.

A note from Wandering Joe

Another day, with another long chapter. Oh yeas! The immortal realm! Those bloody wankers are hiding in the crackling universe... What a bunch of cowards.  Anyway, the second part of Marshell's contribution to this story is done. It came at 3348 words to be exact... bloody hell. I hope it's not annoyingly long. I could only hope this immortal thing in those chapters is exciting for the readers as they are for me {as a writer}

If bored and expectant of other types of stories, you can give my other novel a try since it has a better pace than this one. At the moment, it hit 50 chapter mark. Low fantasy with apocalypse earth, a slice of life within, and a slim dose of LITRPG - LINK: https://www.royalroad.com/fiction/57592/emblem-academy

Bio: A nerd, reader, gamer, clueless user of the English language, enjoyer of procrastination, and perhaps a few more things through the years.

Currently, an amateur writer on the path of writing. No lifer apart from a full-time job.

I am a messy writer in the sense of wonders and marvels. Writing is fun, while publishing is not. I am getting this out there for some souls that would find their worth in reading my story. That or for people's opinions and not my biased ass who loves fantasy stories. I do not know if others like my story or characters, but I sure know the grammar is not as great.