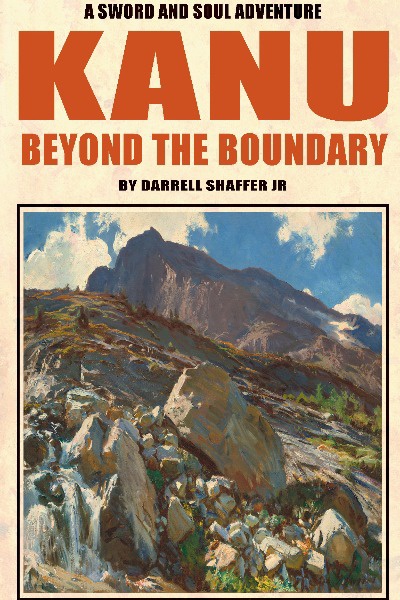 They knew where they were going without direction or a guide, a sinister yellow fog floated through the tunnels. A blast of magic unlike anything they had seen before crashed into the wall as they entered another chamber. The necromancer was here, someone in the room hiding. Their first blast of magic did nothing to deter Kanu. He rushed forward searching for the invisible hand that cast the spell. Bodies chained to walls upside down and stones used as operating tables, books filled with diagrams.

While Kanu felt through the air cursing an invisible mage Hassian took inventory of the work room. The bodies being hung were being drained of blood. He hadn’t taken into account how he witnessed a lack of blood from the children they fought earlier. He recognized the anatomy books; he had seen plenty in different languages. He dared not touch the spell books, unsure of what lurked inside. As much as Kanu hated The Gods his people worshipped, Hassian feared The God of his people more and felt the spell would be an afront to God.

The fiery haired woman took position at the entrance to the chamber, ready to grab at anything that snuck by her. Rage was guiding Kanu, and curiosity was leading Hassian but she was within the moment. She knew there was an enemy lurking in the room but saw no point in swinging wildly like Kanu. She realized that curiosity would not allow Hassian to dispel the invisibility.

Another blast of yellow energy shot through the air, Kanu shoved Hassian to the ground swinging wildly at what he deemed to be the source, yet he couldn’t hit anything. On the ground Hassian had never been so close to so much blood. He could smell the liquid’s putrid odor. It gave him an idea, a disgusting one, but an idea. Hassian used the back of his sword to smash the clay vessel holding the blood causing it to spill across the ground. He made his way around the room doing the same until blood stained every inch of the chamber floor. The fiery haired woman thought he was insane until she spotted a set of footprints that belonged to none of them. She quickly fired an arrow where a body would be causing a shout of pain. Kanu responded, tackling the invisible body that now had a protruding arrow. Another burst of energy shot through the air as the two wrestles in blood. Kanu had the strength and technique but the blood made it difficult to grip. A third blast of energy, this time striking Kanu, causing him to roar in pain, releasing his grip. The necromancer, fled but Hassian was aware now, and did not allow for an escape. Wide swings not able to make contact, only enough to keep the sorcerer busy.

On the ground Kanu clutched at his ribs, again feeling the pain of another wound. This one would not leave a wound but it enraged him more than the poisoned dagger had. As the sorcerer stepped back, dodging Hassian he ran into the wall that was Kanu. Kanu gripped the sorcerer, moving his hands until they were comfortable; the fingers of one hand pulling down on the jaw, the fingers of the other pulling up at the skull. The necromancer gargled in pain, slowly he came into vision, a pale-yellow colored skin, withered with age, his eyes the same as the children. A series of light clicks before a loud pop as the necromancer’s jaw broke free of his skull. Kanu let the body drop to the ground where the necromancer writhed in pain.

Hassian stared at Kanu, unaware that the gentle man he met could perform such brutality. He had seen him spar with calculated moves, but nothing gave the impression that this was possible. As the sorcerer writhed on the ground an arrow pierced his heart bringing silene to him at last. The fiery haired woman immediately began to search the chamber for values. Kanu stood, staring at his hands, unaware they could do such things.

“Hey, it needed to be done,” Hassian comforted Kanu with a hug, nestling his head in Kanu’s shoulder.

The woman shouted a single word to end Hassain’s embrace and reignite the argument between them. Kanu remained in his location, wondering what he had done. He had not dealt the killing blow but he had dealt a blow that no civilized man would; choosing to permanently injure and disfigure him instead in a fit of rage. He had been concerned about what harms the necromancer may inflict on society, but now he was worried about the ills he would inflict, and the health of his own soul.

Bio: I'm just a dude who enjoys writing in my spare time. I mostly write micro fiction, and short stories, but I've written some novels; most of which will never see the light of day but there's a few available on the web.