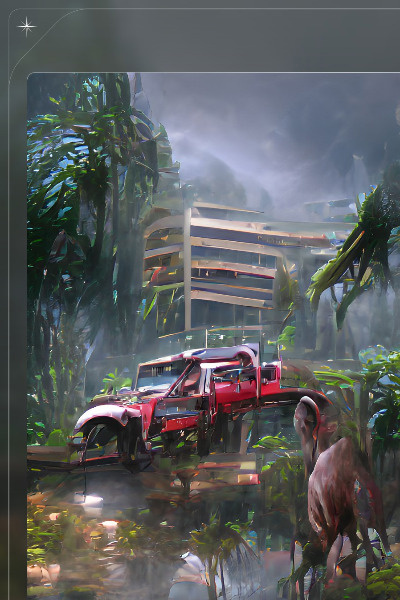 Bone And Amber: The Inside Story On The Return Of The Dinosaurs

18 - Steering Towards The Fog

Remove Ads
Previous Chapter
Next Chapter
18 - Steering Towards The Fog​ 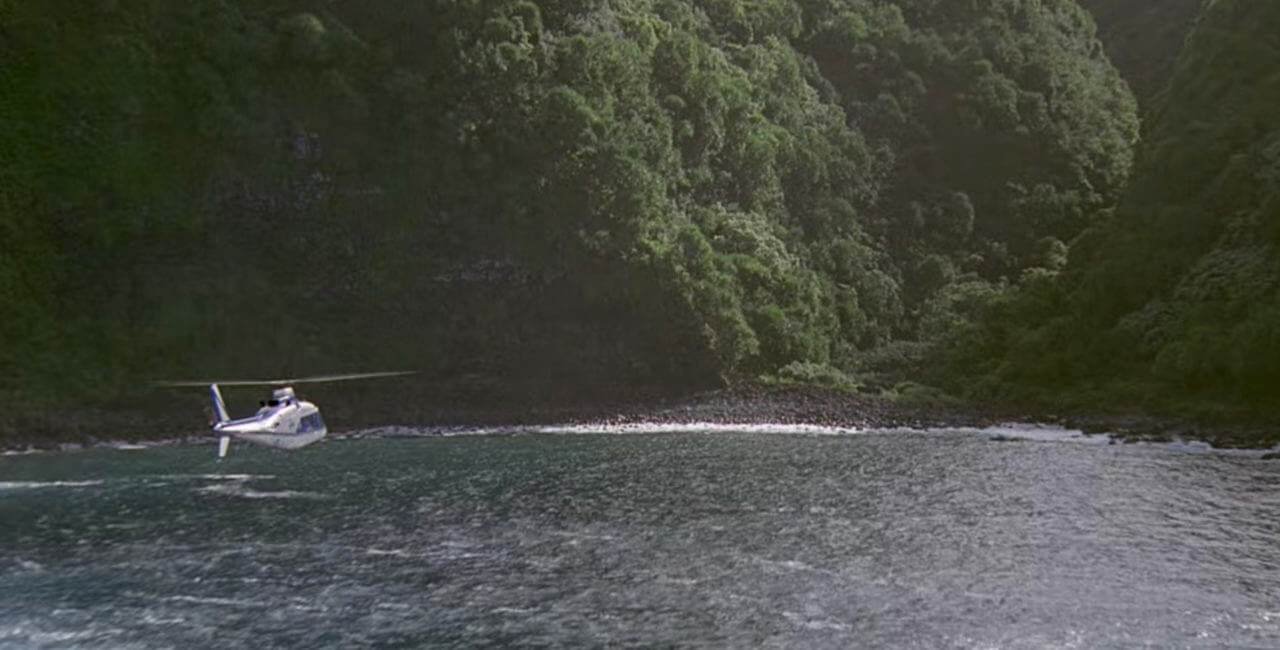 As the year 1986 drew to a conclusion, John Hammond was growing restless.

His staff had achieved the impossible and delivered his miracle, and the investors were behind him. And yet, he lacked clarity - and for this, he fidgeted.

Wu has often commented in the past about the anxiety that gripped Hammond in those days, and how he spent more time trying to manage his boss' behavioural swings via satellite phone, than he did supervising the geneticists on Sorna.

Hammond had initially removed operations from San Diego for reasons of secrecy. However, the question of where to host the complete park, and what the finished facility would look like, could no longer be deferred.

To reiterate: given the long time between birth and adulthood, Sorna would need to host many more animals than were available at any future park. A second zoo being constructed, say, in Japan would need to have animals at the ready, so Sorna needed a reserve pool of growing animals.

This made it impossible for Isla Sorna to also be the zoo itself: there simply wasn't enough space to house so many animals and accommodate the immense turnover of tourists that Hammond was hoping for.

At the same time, it could no longer be denied that the San Diego facility was simply too small for InGen's new needs.

During a late night phone call, Wu suggested perhaps using the other islands of the Muertes archipelago to create one long island-hopping tour. (1) This idea would have much longevity, but was quickly discarded by Hammond as a non-starter in its first iteration.

He wanted something to equal or surpass San Diego Zoo, and he worried about some of the islands being too small. Moreover, space was needed for mass production of dinosaur-grade feed, and the other four Muertes islands seemed ideal for the purpose.

As always when confronted with such issues, however, Hammond reacted in characteristic fashion. He tried to get someone else to solve his problems for him.

He reopened channels with the Costa Rican government, asking if they'd be interested in leasing him another island.

Costa Rica was very much interested, of course. The operation drew some mutterings from the staff and arguably on the face of it, it seemed quite nonsensical. InGen already leased five Costa Rican islands, and had only developed one - albeit to be fair it was the largest. What use was there for a sixth island?

In the fledgling commercial and marketing office, some worried about the prospects of trying to bring visitors from all over the world to a tiny island in the eastern Pacific Ocean, but Hammond always had a rebuttal for arguments like these.

Jurassic Park, he argued, only needed to draw in the wealthy at first. The earnings would bankroll future expansion, the success of the facility would convince governments that dinosaur parks on the mainland didn't represent a security risk, and finally InGen would be able to bring Jurassic Park to the people.

The San Diego facility had barely been mothballed that Hammond was already trying to revive it as a future destination for park expansion, alongside the Japanese Home Isles, the European mainland, the Russian capital of Moscow, the Azores archipelago, and many other locations he believed would be perfect for their own Jurassic Park.

But for now, at least Hammond would get his clean slate. If no petting zoo was possible, and a stadium arena for feeding shows was out of the question, he could at least get a big island where to start from scratch, and build a facility of pharaonic proportions.

The Costa Rican government had the perfect island in mind. Isla Nublar, a small volcanic island 120 nautical miles west of the mainland, was selected.

The island seemed perfect for Hammond's needs. It was humid and tropical, which he believed would "create the right primitive atmosphere... like journeying back in time". (2)

And disregarding the chauvinism behind the assumption, there is little doubt that the island possessed a certain mystique.

Its name, "cloud island", had been assigned by Spanish cartographers in 1525 for the heavy mists that hung over the island like a blanket of clouds floating over the sea. Hammond thought the mists would make the island look mysterious and secretive, an unexplored corner of the distant past, the perfect place for a wealthy family of tourists to have the "adventure of a lifetime". (3)

The island was also sufficiently big for InGen's needs, without being downright unwieldy, coming at about 57 square kilometres in area. Further, it presented a variety of geographical features that were sure to provide great backdrops to dinosaur enclosures.

Sharp, geologically young mountains ringed the east, west, and north, with high cliffs dropping over the ocean, while the south offered gentler land and pristine beaches.

The central valley, hemmed in by the mountains on three sides and crossed by a mighty tidal river that flowed north to south, was a paradise of tropical rainforest, with the occasional open plains, and a large lagoon.

The volcano, called Mount Sibo, also guaranteed a ready source of geothermal power, while adding to the pop-culture prehistoric imagery Hammond was so fond of.

Really, there was only one problem.

Unlike the Five Deaths, Nublar had people.

Specifically, the island was home to a tribe of Bribri, the Tun-Si, an indigenous population subsisting on fish and plant life. Their first interaction with Europeans came with the arrival of the carrack La Estrella in 1525. Now, InGen needed them gone if it was to develop its theme park on Nublar unimpeded. (4)

The government was willing to listen, but the Tun-Si had no interest in relocating. Hammond reacted by promising to offer them compensation in the form of burses to finance their studies, professional training, and medical needs upon reaching the mainland.
The real target to the offer were not the Tun-Si themselves, but the Costa Rican government, who took the promise at face value and proceeded with the relocation of the Tun-Si, sometimes by force, through the employment of mercenary companies.

Hammond, of course, never delivered upon his promises. Finding themselves forcibly deported to the mainland, the Tun-Si were left to fend for themselves. Activism surrounding this deplorable act has never ceased, with rallies held to the slogan “Nublar is stolen land”.

Even this activism, however, is occasionally drowned out by the other, globe-spanning allegations often laid at InGen's door.

Those are of course very serious. They are, after all, the subject of this account. But it's important to remember that, well before InGen became a global problem, it was already mangling people's lives - and not just those of its own employees. Marginalised groups have fewer opportunities to make their cases heard, but they, too, were among InGen's first victims. (5)

Such gloomy considerations were far from Hammond's thoughts in April 1987, as he travelled to Nublar to "inaugurate it", as he put it to Wu during a call. There, the two men drank champagne, celebrated their achievements, and debated the future to come.

(1) This is the system utilised in the videogame Jurassic World Evolution. I like to dabble in Mesozoic park-building games - the aforementioned JWE, its sequel, and the excellent but still-under-development Prehistoric Kingdom. I might share a few photo tours of my park as appendix material eventually.

(2) It isn’t hard to imagine that someone born in 1913, who grew to love dinosaurs through exposure to the pop culture of the mid 20th century, would view prehistory like this. In reality, while the temperatures of Costa Rica would be fine for several dinosaur species, but not all, the environment of a tropical close-canopy jungle with flowering plants would be as alien to Mesozoic animals as steppe grassland.

(3) The island of course is fictional, and so is its backstory in the franchise.

(4) The Bribri people are indigenous inhabitants of Costa Rica and northern Panama. The Tun-Si on the other hand are fictional inventions of the franchise, much like the island.

(5) Honestly, I feel like we’ve seen different iterations of this particular news story happen over and over. It was unpleasant to write, but I do believe it was necessary. This sort of behaviour is part and parcel of the kind of tech-bro venture capitalism that the original book and movie meant to critique.