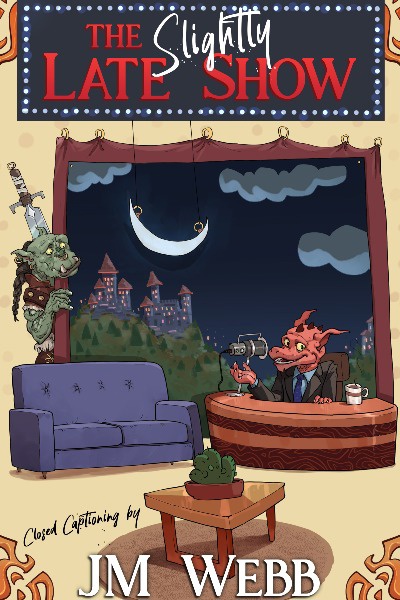 Asisi Vermouth’s appearance fee was not exactly what Zune had expected. Instead of another bag of silver currency (not-so-useful in Eden), Asisi had given Zune a sword. He had called it Bonesplitter. The soccer star informed Zune that the ancient legendary blade was far more valuable than silver, and there were many groups that would offer fortunes for it. Zune, knowing nothing of human economics, assumed it would be worth two bags of silver, and would nearly have sold it for that price too if Father Milton had not swooped in at the last moment and directed Zune to be more careful in his dealings.

Zune was very grateful for the Father’s advice, and even more grateful when Father Milton had called in a group of interesting friends to purchase the sword. And in the intervening week between the collapse of the East of Eden and the arrival of the potential buyers, Zune (with much help from Father Milton) transformed the small teepee the kobold had been living in, into a wooden shack complete with plastic bottle windows. Zune was very pleased with his work, considering he had not built any affordable homes in months (and had never built them on the surface), and thanked Guy Blanco for watching over him as him and Father Milton built the house. Truly, Zune’s life was much improved ever since learning of his-lankiness Guy Blanco.

“Father Milton, do you know how to improve ratings?” Zune asked, assuming (very incorrectly) that the wise old man would certainly know a thing or two about late night television.

“What exactly do you mean by ‘ratings’, Zune?” Father Milton asked.

The kobold oftentimes spoke in riddles, and the holy father was no-closer to figuring out what he meant half the time. Who exactly was this “Guy Blanco” figure the kobold revered? Father Milton had yet to detect the presence of any extra-planar entity around the kobold, so that couldn’t be the answer. Yet, merely a week and a half ago he had seen three miracles unfold before him: Asisi Vermouth had told the truth, a soccer ball manifested itself in Eden, and Asisi’s past had been rewritten.

“Well, my show gets canceled if I don’t get high enough ratings. Guy Blanco apparently has a high ratings number.” Zune said.

“And how does Guy Blanco get ratings in the first place, young kobold?”

“So then, this ‘late night talk show’ should survive much like a symphony orchestra survives.” Father Milton concluded.

Father Milton realized he had chosen a bad example. Symphony orchestras were not quite all the rage these days since the invention of the player piano.

“It was a poor example. Think something more akin to a newspaper. The newspaper isn’t canceled, so long as it has enough viewers who have paid for it.” Father Milton hammered a plank on the kobold’s house into place.

“So I need to get more viewers. That’s easy. Guy Blanco will provide.” Zune pulled out the Zune™ in front of another living soul for the first time ever, and prayed over it.

“Is that your god’s holy symbol?”

“No, it is more than that. It’s a direct gateway to Guy Blanco’s teachings. Before it broke, that is..” Zune said.

“The great shiny part of the gem had a strange fire that opened a direct connection to Guy Blanco. It is from this fire I learned the art of late night television.” Zune stroked the Zune™ gently. “I miss him more every day.”

Father Milton thought back to the days where he spoke freely with Brestmylc. And how the goddess had briefly spoken to him nearly twenty years after the ‘incident.’ What words of wisdom could he provide for this kobold?

“Zune. If you hold faith in this ‘Guy Blanco’ fellow, and he sounds swell, he will certainly reward you for your service. Perhaps, he might even fix your phone. Since Guy Blanco posses many ratings, perhaps he may share some of those with you, so long as you have hope.”

“Hope And advertisers. Do you know how to get advertisers? I need those too apparently. Also, what about cameras? And camera operators.” The kobold threw a barrage of questions at Father Milton, hoping that (perhaps) he may have an answer tucked away in the back of his old, wise, brain.

“My advice is the same. Hold faith, and you will be rewarded with the ratings you seek.” Father Milton said. He swore the legendary blade Amorakyus briefly tingled on Father Milton’s hip, as it had when he was younger. Or had it?

“And if this Zune™ is as powerful as you say it is, I think you were right to hide it. What would happen if it fell into the wrong hands?”

“It would be a crime against nature and late night television. The very world would be in danger.” Zune shivered just thinking about it. Then Zune tucked the Zune™ back into his rat bag full of rats, and pulled out a rat for him and Father Milton.

“Thank you for your words of wisdom Father Milton. Would you like a snack?”

Father Milton shook his head. Such a polite and wise man, to forego such a treat. Zune thought, as he gobbled up both rats for himself. Life was good. The Gift of Guy Blanco just kept on giving. Nothing was going to interrupt Zune’s straight shot to late night talk show stardom.