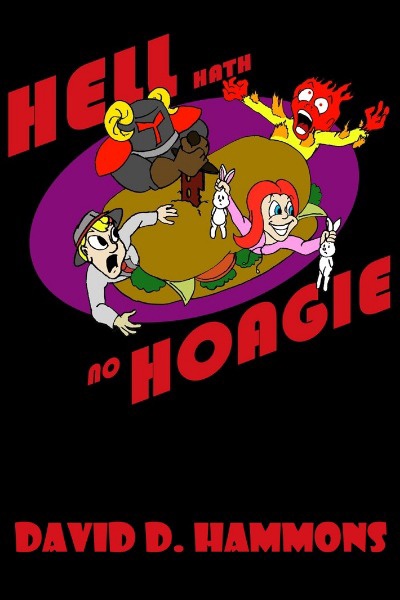 Steve, a half-demon on his mother's side, must find the sandwich that will bring upon the end of times! Or at least, that's what he tells his demonic bosses. In truth, he'd much rather just hang out with his friends, a Judge who summons bunnies to maintain the balance of good and evil, a hell-knight who enjoys slaughtering said bunnies, and a tortured soul who is perpetually on fire (who would very much like to snuggle said bunnies but has been told multiple times not to). Steve was supposed to care for the antichrist, and not let the guy get addicted to MMORPGs. But Steve claims that a terrific sandwich will awaken the bloodlust in the antichrist, and so he joins his companions on a road trip to find the most delicious, most evil, most apocalyptic-inducing sandwich of all time... and maybe a taco.