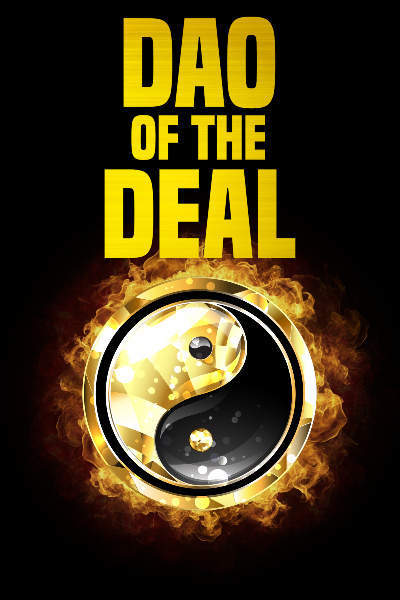 Dao of the Deal

When Muchen wakes up as an orphan living a hardscrabble life in a world of magical kung fu, he immediately starts working towards the obvious goal: to get rich! Money can make ghosts work hard, let alone cultivators. He can worry about immortality once he's secured a comfortable standard of living.

Unfortunately, on the Qianzhan Continent, it takes a clever mind to earn a fortune... but it takes strength to defend it.

How wonderful and rare - a likeable MC.

An MC who listens to and learns from an expert when they speak on their field? Who doesn't respond like a defensive teen edgelord at every jibe? Who allocates time to achieve a reasonable long-term goal? Who understands basic economics? Who has both common sense and moral fibre?

When so many authors appear determined to render their characters detestable, then excuse it under the guise of "realism", this one appears content simply to write a good story. Read it.

Wolf and Spice, Except it’s Turtle and Rice

In a fantastical world, a merchant struggles to make money aided by an animal that is also a girl. Except this girl is also an old master, and our protagonist is a transmigrated college student focused on making money.

The story is done well so far, a good premise and better execution within that premise. Looking forward to more!

This is... slow and gentle xianxia.  It's nto a thing I knew that I wanted.  It doesn't have the protagonist constantly havign to run the murder treadmill of facing off against powerful foes where victory must inevitably provoke even mroe powerful foes.  The protagonist is neither particularly violent nor under frequent threat from violent individuals.  He's just making his way through a dangerous world, trying to follow his Dao and avoid trouble while making life better for the people who he deals with.  It's just... really nice.

Reach the Heavens Through Money

This is one of the more creative ideas for cultivation I have seen in any story. It covers what living in a cultivation world would be like and how someone would live in such a world without hyper focusing on combat and instead focusing on making $ and focusing on glorious capatalism instead of normie punch wizardry. The charecters are intersting and entertaining and the MC is very uniquie and compeeling in how he views and interacts with the world. Overall a great and wonderful story that I would reccomend to others.

A fantastically fresh take in its early days

Updated since there is something to read now. Minor spoilers of first few chapters.

Jacob is a proven author. His grasp of tehcnique is excellent by RR standards and better than that of most who go on to have success as authors after starting over here. He has a track record of writing good characters and being able to weave genuinly interesting plotlines - including the ability to end them, which is rare. Though on that point he also has a track record of dropping series.

One side point before the actual review. I don't see the need for this to be an isekai. Jacob seemlessly integrates the MC into the world with backstory and all, so it is easy to ignore that part and treat it like straight fantasy. But precisely due to that it seems unneccessary and somewhat unfortunate. Perhaps its just a question of what sells on this platform.

First of all, best animal companion in Xianxia so far -- I've gotten really tired of the baby spiritual being pet that seems to be a mainstay of Xianxia. So it was to my great relief when the companion this time turned out to be more of an informal master. Great reversal of roles while also solving the issues of how the MC would begin his cultivation without a sect in a seemless and non-convoluted manner.

Speaking of cultivation. Minor spoiler, but the MC follows the Dao of the Merchant. I'm not 100% on this idea of people cultivating by following a different Dao and specializing. I usually prefer the interpretation that they either follow the Dao of immortality or simply study the Dao, leading to an understanding of all things.

But I can't deny that this is a brilliant way of making the MC an unnaturally talented merchant, which is required for him to acquire the resources to cultivate independently. It in one fell swoop solved the usual question of "if this is such a good and easy idea, why hasn't someone else done it already?"

Otherwise this seems to be a very traditional take on cultivation, where progress is gained by ingesting proper medicines, spiritiual herbs and so forth, and then meditating on the flow of internal energy. In additon it seems like doing things in accordance with one's Dao is also important, which seems like it might be overly restrictive at higher levels. But time will tell.

Talk of progress in the future does also bring forth the issue that the MC lacks a goal. While cltivation as a goal in and of itself is worth something, I'd like to see a goal with a more defined end. But it is still early days, so I'm not overly worried unless I still have this issue in a hundred chapters.

The reason i created an acount here.

I love the unusual way the Jacobk twists the usual trop of a cultivation story to write such a delightful story.

Usually, I don't use Royal Road but since Jacobk write here well here I am ( I recommend everyone in need of a smile to give it a try)

I really enjoy the trend of "Xianxia, but if the protagonist isn't a violent narcissist" books, but few of them are really all that coherent.

This one has a main character with brains and a plan, and without the arrogance that makes a MC unlikeable.

And also a very powerful turtle.  Because it wouldn't be a story if everything went to plan.

Enjoy the main characters objections to some of crazy parts of cultivation world. Interested to see where this goes from here.
how long until he finds a way to enforce a contract using cultivation. Looking forward to him making enemy cough up blood from lost money.

Would honestly recommend anything written by this author.

It's an interesting, if kinda niche concept, I hope to read more soon. One thing is that the protagonist seems a little bland, some character development might go a long way.

Sifu Turtle, on the other hand, seems pretty amusing thus far. One has to wonder where her character is headed, or if she'll stay firmly in the camp that murder is the best solution.

So far it seems to be a pretty great novel!  There are two main characters, Muchen, who was struck by lightning and flung into the cultivation world, and Xinyi, who smuggled herself aboard Muchen's cart to escape a sect.  Both characters are well characterized and have an interesting, well-written master-student relationship.

There have been no grammatical or spelling errors either.

The story and system seem well written as well, with fairly standard cultivation levels, although I do find it interesting that it's possible to have non-martial Daos which makes me wonder if Muchen is unique in that or if we will see other characters with interesting non-standard paths.