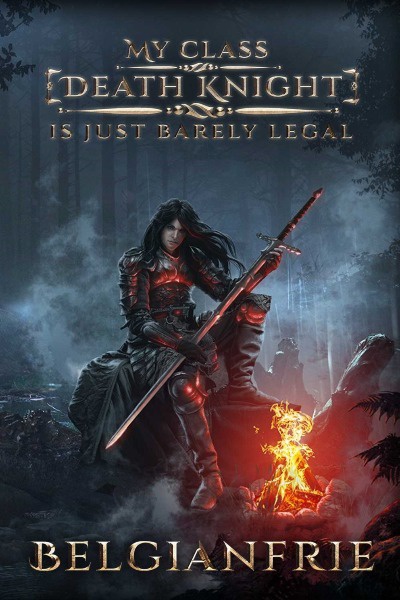 Chapter 12: The nature of choice.

As I sat there, biting my nails, wondering what to do, I decided to just put off the decision of what to do with my core skill until after I had tiered up my other skills. That way I could just pick the skill that synergised with my other skills the most.

At least I had found one skill that was simpler to tier up. I was confident this particular upgrade would help me more than the other options, so that was one down.

Clearly, [Battle meditation] was the best option for me currently. [Minor mana manipulation] was a skill that had more potential, but it was a mage's skill and the last thing I needed was a caster class when I tiered up, considering the likelihood that I would be damned to madness by the system because of it. Not to mention that it wouldn't be immediately useful and didn't fit the build I was going for.

Now that I had spent some time thinking about my future class, I had settled on becoming some kind of berserker. With my augment being the best healing skill I had ever heard of, even strengthening me in the process, there wasn't much point in building my class around any other skill. [Shadow apparation] was another great skill I could have built around, but honestly I enjoyed the thrill of battle too much to become some kind of assassin. It's not like I couldn't make good use of the extra mobility as a frontline fighter anyway.

For my berserker build, battle meditation would be essential, since the amount of mana I lost each second I used my augment was absolutely untenable. The tier 2 skill wouldn't fix the problem entirely, but at least I wouldn't be defenceless if I ran out of juice.

Immediately, I felt something click. When I tried to meditate, the energy flowed more freely. When before I had to command each tuft of mana separately, now it felt like I could just open my core and wait for the mana to rush into me. I tried moving around while keeping my core open, and sure enough a certain mental block was gone. I didn't need to concentrate anywhere near as much to meditate now. In the future, I could just meditate all day long while I did other things, progressing my skills in the process.

Having tiered up one skill, I decided to take a short break. Making decisions in general wasn't really that hard, but making decisions that affected your future, your safety, your very being? I had never felt anything more stressful.

I walked to the training yard to give my komodo his daily beating. Apparently, the other witch hunters didn't really train here often, because the place was almost always entirely empty. That worked for me, of course, but it showed that some of these hunters didn't have much ambition. Then again, the ambitious ones would be out on quests. Shaking my head and sighing, I just took out my amulet and summoned my komodo.

The dog sized, black-boned lizard appeared with a shake. At this point he had gotten used to being summoned. Over the past few days he had gotten less and less aggressive, instead trying to find a weak point of mine to exploit. To its dismay, it hadn't found any. I was too fast and strong for it to beat and, apparently, the beast had finally realised that. Instead of attacking me outright, it (he? I got the impression that it was a he, considering how much he liked to fight...) just shook his head like a wet dog and scampered off to a nearby tree, curling up beneath it to take a nap.

Clearly he had gotten a little too used to my reactive behaviour. Well, considering it was finally a little calm, I walked up to it slowly. He lifted his head to look at me when he heard me approach, but didn't react otherwise. I came up next to him and sat down, leaning against the tree.

"You know, we're alike, you and I. We both use dark mana, prefer our brawns over our brains and don't really have anywhere else to go."

The lizard turned his head away, either not understanding or not wanting to let me know that it was listening. Stubborn thing.

I swear I could hear the lizard snort, despite his lack of....well, anything really, that could make that sound.

"You're laughing? It's true though! Well, kind of. It's a bit of a simplistic viewpoint, but the ideal is there. So what do you think? Us fighting against the world, exploring abandoned ruins and seeing all the corners of the continent! I don't know how fun that void inside the amulet is, but it can't be better than this! Look at the sky! Do you see that cloud over there? In the future, we could go there!"

Apparently the lizard was picking up some of my enthusiasm, because it did look at that cloud. It stared at it for a while, in fact.

"How about it? Want to become partners?"

The lizard looked me straight in the eyes, its empty sockets unsettling me a little. For a moment I thought he hadn't understood me and was about to attack again, but a second later my efforts were justified.

The komodo let out a throaty gurgle and rested its head on my lap.

I hummed for a moment and searched my brain for a good lizard name. In the end, I couldn't really come up with anything special, but I had found a name I liked.

I felt some kind of bond attach itself to me, letting me hear a soft distorted purring. Clearly, this familiar bond allowed me to more easily communicate with Revan. I rested under the tree with Revan for a while longer, petting him as best I could. Weirdly, Revan seemed to enjoy it, despite the fact that he was a reptile. Eventually I heard some hunters approach the training yard, so I unsummoned Revan, making him disappear in a black cloud of smoke, and went back to my room. It was time to tier up another skill.

This was another easy choice for me. [Berserker Swordsmanship] fit my future build just too well. I supposed I received the option because of my tendency to not care about safety in battle.

[Bastard Swordsmanship] would give me a small head start, instantly catapulting me into the journeyman level of the skill, but its limitation made its potential limited. Normal [Swordsmanship] on the other hand, provided me no benefits that [Berserker Swordsmanship] didn't, since both went up from basic understanding to normal understanding.

Again, I felt like I had come to a certain realisation about swordsmanship. The experience of tiering up a skill felt like you were releasing a shackle, remembering an old memory. I thought of several things I could try to improve my swordsmanship, although all of my ideas required me to use both hands to use my sword. To be fair, since I didn't have a shield, I was already kind of doing that. I headed back to the training yard for the second time today. At this point, it was starting to become evening, so I would have to hurry up before the yard closed down. Doran had an errand to run, so I couldn't exactly ask for his advice. I decided to do that when I had tiered up all of my skills. I wondered how I would match up to him at that point.

A few hours later, I had tested some of my new swordsmanship by sparring with some of the other guild members. I'd say that among the current tier 2 members my swordsmanship was slightly above average. When a spar was particularly difficult and lasted a while, my berserker skill kicked in. It took a while to get going, but by Helios, when it started ramping up I almost couldn't react to my own speed anymore. After tiering up I would have to invest some more points into intelligence to increase my perception. Technically both dexterity and intelligence increased your perception of time, Doran had told me, but my dexterity wasn't lacking in any way and would only grow more after the tier up.

I headed back to my room for the night and decided to upgrade one more skill before I went to bed. To be honest, I had expected this skill to be the easiest to tier up, but in actuality it was one of the more dangerous skills, that had a higher likelihood of fucking me over. I would have to be careful.

Already, there were several problems. [Abyssal sight] was just a straight up nope. No way am I gambling with my life on the line for a little more possible power, when I already have plenty of it.

[Dark sight] was the safest option and the one I was leaning towards right now. The ability to see dark mana all the time would help my meditation regardless, and it didn't have any obvious drawbacks.

[Dark glare] was interesting, but dangerous. The ability to manipulate all dark mana one could see was very powerful, but would be limited indoors. Then again, a synergy with a sight skill that eliminated that problem would be possible. The issue was with the system terminology. Any skill that aided in 'manipulating' mana typically led to spell casting and ritualism. In other words, choosing this skill might fuck me over, yet it had far more potential than normal [Dark sight].

In the end, I decided to put it off again, not willing to make a decision while tired. Sighing, I tucked in for the night.

Holy crap, this story blew up! The support has been amazing, thank you all.

I started writing this story because I wanted to learn how to 'show not tell' in my writing. As you guys have probably noticed ....I'm still not quite there yet. As I write this story I'm trying to figure out how to bring characters to life, how to pace my story and so on. I'm learning as I go, any advice is welcome.

The fact that you all have given this story a chance regardless is something I am incredibly thankful for.

With that said, Belgianfri, out!

Ps: The edit suggestions have been damn useful to remedy my shit typing and shit English. Keep 'em comin'. Thanks.