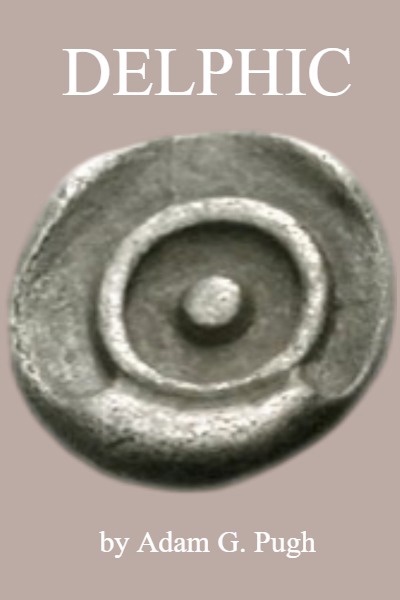 Doc had once admitted to me that shape-shifting was likely the least well-understood of the higher-tier super abilities. Almost all other powers – from super strength and speed to energy projection, from telekinesis to matter creation – stayed firmly in the realm of fundamental physics. Any power that altered the human body had to contend with the complex and delicate realm of biology.

On the one end were healing powers, like those of Flawless Form or Lamarck. Here, the mystery was how the body knew what form to “revert” to when the healing happened, and that at least could be chalked up to information found in the super’s genetics.

On the other end were true shape-changers, with Vapula being the best known example. It was hotly contested whether the Fiendish Four member was mass-restricted, but other logical restrictions didn’t appear to apply. Vapula was known to have successfully replaced over a hundred different people, his form effortlessly reproducing their clothing and equipment as well as perfectly mirroring their physical features. He was on record as having fought as a full-sized Bengal tiger with accurate strength and reflexes, and had reduced himself into a hummingbird on several occasions. A tree, a section of brick wall, and a puddle of water had become Vapula on different occasions.

Whisper lay between these two extremes. Her power was more of an alteration than just healing, although healing was a known side effect of her transformation. But it was still much less than a true shape-changer, as Whisper could take only a single alternate form: an intangible but visible cloud of coherent vapor. In this form, Whisper could still see and hear. She could move with surprising speed through the air, and anything passing through her did no harm. If a barrier was air-permeable, it was Whisper-permeable.

Whisper could carry objects with her while transformed, although electronics were known to short out if left turned on. This was why Whisper was typically not issued a camera or comm while deployed by NYST. All of the devices I had given her were heavily shielded (not that I knew that would help) and had external toggle switches for ON and OFF, but it was possible that one or more of the gadgets would fail. I just hoped it wouldn’t be the comm.

I had Viewed the Norberg Capital building recently enough that I could picture it immediately upon closing my eyes. I traced the entire route that Whisper was to take, moving past the keycard-controlled glass doors and manned security desk to the elevator banks. Inside the shaft, there was enough emergency lighting to make out the faded numbers marking each floor. Then up to the fourteenth, through the ceiling ventilation into the office helpfully labeled “Harmony Norberg, Vice President of Special Projects.” The server sat in a closet with a mechanical lock, status lights glowing in the dark space. Everything as expected.

“The patrol is behind,” Flawless Form’s voice came over the private line. “Delay five to make sure they’re past Broadway.”

“Swelter and Orange Nimbus,” Flawless Form confirmed. “We tried to get Scarab on the patrol, but no luck.”

Whisper addressed me again. “Delphic, I’m going to keep the comm off from here until I’m on Liberty’s floor. One less distraction while I’m passing the desk.”

I opened my eyes to type a response. “Understood. I am monitoring the building; I will alert the channel if a problem arises.”

“All right, goodbye.” I don’t know if the collective sigh was truly audible on the comm or just my imagination, but the tension was certainly real as Whisper’s device left the line.

I didn't see Whisper manifest on ground level, but I did View her entering the Norberg Capital building. She wore an embroidered blouse and slacks as though she were a member of the cleaning crew. She waved her keycard in front of the NFC panel, a convincing expression of ennui on her young face. A nod was all that passed between her and the desk-bound guard as she walked directly toward the elevator banks that served the top floors.

The nondescript woman pressed the button to summon the elevator, carefully palming the wallet-sized override device to keep it away from the vantage of the security cameras. She entered and waited until the doors closed around her before plugging the device into the emergency access panel within the elevator car. Immediately the car descended to a basement-level maintenance bay while the doors guarding the shaft on each floor were pulled open just slightly, a common failsafe to allow them to be pried apart if needed.

It took forty seconds for Whisper to apparate to the fourteenth floor, reconstituting just in front of the elevator and strolling to the VP office. Unlike the front entrance, we had no keycard that work for this door, but fortunately the ventilation system just above the door fed into the ceiling of Harmony's room without any filters blocking the passage. I watched Whisper turning on her comm as she reformed inside the room.

"Back on," she announced to another collective sigh, this time of relief. "All good so far. The plug-in thing worked on the elevator. The vents into here had a couple of turns I wasn't expecting, but I should be able to reverse course early enough."

"Remind me why we're not breaking the window on the way out," one of the two women (codenamed 'Gingersnap,' I'd found out) asked.

"To avoid triggering any alarms," I typed to have Delphic say. "When Whisper removes the elevator override and walks out the door, the only record of her presence will be a valid keycard log and surveillance footage that never shows her face."

When I returned to my View from typing, Whisper had already inserted the picks in the closet lock. "Just another minute. Got it," she exclaimed as she turned the handle, opening the door. The server slights flashed placidly.

There was a moment of confusion as she found a port to insert the thumb drive and switch it on. A light on it flashed red, then blue. "I'm uploading. Ten minutes?"

"At most. It may be much quicker. Wait for the green light," I reminded her.

"Any word from downtown?" Spinner asked.

I brought up a live feed of the charity dinner where Liberty and Peregrine were both visible in their civilian identities. "Everyone is where they are supposed to be."

But as I typed out those words for Delphic to say, an unknown user contacted me on Alice&Bob. I wasn't expecting to hear from anyone. I brought up the message.

Alarmed, I closed my eyes quickly and Viewed Whisper once more in the present. She was at full alert, waiting for that solid green light that would let her leave.

I opened my eyes again, staring at the message in front of me.

I froze, uncertain how to respond.

"Green light," Whisper announced. "Unplugging and getting out of here. Going silent."

"Lady Liberty may already know," I had Delphic say, but Whisper had already gone offline.

"Wait, what?" Spinner asked. I began to type a response, but then I heard Spinner's voice again. "Peregrine's here!"

I sunk into my View again, intending to move up to the roof where Spinner was positioned. But something captured my attention first: I couldn't see Whisper anywhere.

I rewound slightly. She evaporated to enter the ceiling vents, then never emerged again into the office. In the present, she was nowhere to be seen.

"Delphic." Peregrine's voice was heard from Spinner's comm. "Lady Liberty will be here momentarily. I'd advise you take no hasty action until then."

As I heard this, I also saw the elevator on the building's fourteenth floor open and the copper green of Liberty's powered suit emerge, stalking quickly down the hall to an access hatch near her office. She pulled a metal cylinder no bigger than a scuba tank from the wall, disconnecting the nozzle where it snaked up towards the ceiling.

With her free hand, I watched Liberty make small motions like she was manipulating buttons on an invisible screen, then resume walking toward the elevator.

It was hard to multitask between my View and the screen, but after I sent my message, I saw Liberty pause for nearly a minute to respond.

Bio: I'm a father of three who enjoys writing both fanfiction and original fiction as a hobby.
In addition to SF and superhero fiction generally, I appreciate rationalist fiction and other takes that attempt to bring real-world considerations into fantastical situations. I endeavor for my own fiction to explore themes of complexity and nonlinearity.