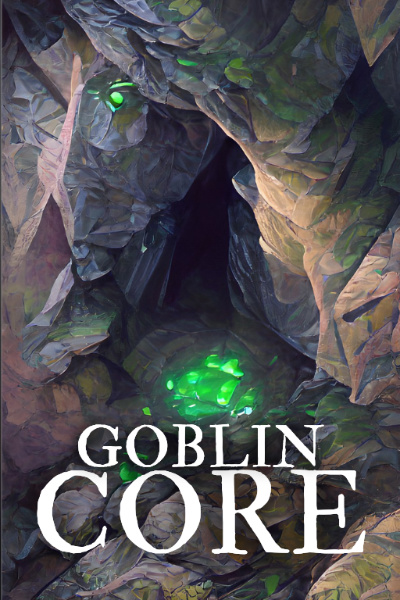 For the next two hours Urock could only watch as the three delvers slaughtered everything in their path, often laughing as they did. They seemed disconnected from what they were doing as if they didn't understand they were actually murdering innocent beings. Who were these people, and from what twisted reality did they come?

However clueless, it didn't excuse the fact that they had taken everything from him. He now knew for a fact that his brother and parents were dead. And his nana... His chest became so tight he could barely breathe.

They walked over a stone bridge with deep shadows below. Urock felt tempted to run over the edge, dragging Rose with him.

Rose looked back, studying him as she often did. "You act as though it is all real. How curious."

He wanted to shout at her, but the need to understand her actions forced words out of his mouth.

"How was any of that not real?" he said coldly.

"I thought you would have run out of dialogue long ago. The system must be so complex. It's amazing."

Urock hissed through his teeth, "What system?"

"Of the game." She pointed a finger playfully. "You're an NPC."

What the hell was an NPC? His lack of understanding only served to infuriate him.

"Tell me how killing people is just a game," he demanded. "Tell me!"

Rose jumped in startlement, then let out a strange giggle. "Oh, but it is. Hey, Baldric!"

"How did you say they made the game?"

"Nobody made it. An AI did. From the OS to the game's code and even the hardware. Everything was designed by a certified General AI. When the researchers tried to look under the hood, they couldn't understand a damn thing. It's like an alien language."

"And when I kill your family, will it still be just a game?"

She froze, looking back. "Go ahead. We respawn."

They walk over us, killing us as they please, but they get to... respawn? How could they ever know what he felt? He could never do what they did to him. He ground his teeth. No. He would find a way. There had to be a way. The world could not be so unfair.

There was another goblin formation ahead. Oddly, he didn't recognize their faces. Were they from another tribe? It did not matter. Rose sent forth a crackling red sphere that was some combination of fire, electricity, and acid. If the explosion didn't finish them, the way their skin melted did.

Right before walking past, Urock quickly raised his Energy Shield to the max. He stepped on the acid.

"I need you in one piece, my green little specimen," Rose teased.

"They all had families, you know. People they loved," Urock said.

"I appreciate the immersion." Rose grinned.

She giggled with a hand over her mouth.

Despite having not placed a killing blow herself, Urock was quickly raising Rose to the top of his hit list.

Hours bled into hours still, the resistance growing stronger. In the first hour, there was a group of level 40 goblins armed with a cave troll. They didn't stand a chance. In the final, the resistance was as high as level 80. There were numerous traps. A pit of spikes. Boulders that came swinging from above. Fake floors and fake walls. But Rose. Dear wonderful Rose. She had ample Perception and detected every single one.

After felling a couple of firebreathing salamanders, they entered a huge cavern. It expanded far and wide, a quarter-mile side to side, giant glowing blue crystals painting the stone floor with a dim light.

In the middle of the cavern, a black armored knight kneeled before a pulsating blue crystal, his shadow stretched before him.

"Defender of the core," Baldric mumbled.

Once they got within a hundred paces, the black knight stood, dragging its axe along the ground.

Baldric branded a shield and led the charge. Whatever Urock had seen up until that point failed to represent their true abilities. There were so many glowing lights, potion status effects, and buffs. Every so often one of them would unleash a particularly devastating ability, chunking away a large piece of the black knight's health.

Urock spent the whole fight trying to sabotage. He pulled on the rope whenever Rose intended to dodge an ability. Blocked her with his father's shield. Slowed her with Ninjeck's trap. Most of the time, it all just slid right off her Energy Shield. But in one instant?

Rose went to leap backward but slammed into the wall that was Stonek. "Fuck!" she screeched as the boss sent a wave of fire at her. Urock stood directly behind, letting her take the full brunt of the damage.

Baldric unleashed what Urock had coined as a super ability, and the black knight collapsed to its knees.

Baldric gasped for air. "Nearly died at the end there!"

"Yeah, I wonder why!" Rose walked over and kicked. Her boot jabbed Urock's rib, cracking it. Then she yanked him up by the neck.

Her sneer transformed into a devious grin. "How about my slave?"

Baldric ignored them both, walking up to the core. "This will make me so powerful."

"Sorry, girls. There can only be one Core Master." He went to touch it, but a forcefield blocked him. "What the?" He turned around, finding himself trapped inside the magical barrier. "Let me out, you furry fuck!" The ability acted similarly to an Energy Shield, but one that could be manipulated into any shape, anywhere. With the damage Baldric was doing, he would escape, but not fast enough.

"I don't think so," Rose said. With a flick of her finger, a steady stream of fireballs appeared inside, traveling down and exploding against his armor.

Baldric tanked a surprising amount, but after a minute, he collapsed dead. The next thing Urock knew, the girls were exchanging arrows and spells. Urock ducked, earning a scrape on his head. An arrow stabbed into Rose's side as she delivered a devastating spell. It pulverized Silver's lower half, but not before the archer landed a second arrow in Rose's chest.

Urock acted fast. He jumped onto her back, pulling the rope around her neck. Rose gasped, trying to pull it free. He saw the form of a shield try to take shape, but with his wrist in the way, it was interrupted. Despite Rose being larger and able to yank him around with her weight, it seemed she had put almost no points into Strength. Urock was able to hold tight.

"How does it feel to lose?" Urock whispered in her ear.

"Well, you won't be getting the core."

Rose started to channel her ultimate. How could she have so much Mana so soon? He thought she would have used it on herself, killing him in the process, but instead, she pointed it toward the core.

She unleashed it. There was a terrible crack, the cavern falling into darkness. Urock felt her neck break, and she fell still. Then a barrage of levels gained hit him. Her body disintegrated as glowing pixels, confirming they did respawn. But that was the least of his concern at the moment. The cavern fell pitch black, the core nothing but glowing splinters. One by one, they lost light.

Urock ran over and picked up a fragment.

Error! You're an NPC! You cannot control me!

"It's either that or you die," Urock said.

It shifted from blue to green.

You have attained a Level 1 Goblin Core!

The dungeon is unstable and will self-destruct!

"You'd be right to prevent that! If I die, what happens to you?" Urock shouted as he ran toward the entrance.

"You have stolen my power. I'm weak now," the core buzzed.

"Well, you have to do something!"

As the cavern caved in behind him, a hole opened in the ceiling. It sucked him up into it, June flying by his side. The winds made his mouth wobble as the world crumbled around him.

Then he saw light above. He burst through the surface, flying some twenty feet into the air.

A pillar surged upward, and he thought it would kill him. But just before hitting it, the pillar shifted downward, slightly slower than he was falling. When his feet made contact, it abruptly halted its speed, slowing him as gradually as possible.

It stopped and he was alive.

Where the cavern must have been, the ground sank inward, dust shooting out of the cracks. The pillar teetered on the edge, but the core managed to keep it from falling in.

At last, the dust settled. The dying dungeon had swallowed a huge chunk of... he didn't know what the tall green and brown things were, but they'd been swallowed into the crater. The ground was cracked and ruined. Chasms were everywhere. Just getting out of here would be some challenge. But where was he?

He felt bare and exposed. Where was the ceiling? Why was everything so bright, and why did that warm light feel so good upon his skin?

Urock gripped the fragment tightly. "This is what you kept us from all this time?"

"I needed you," the core said.

"The goblins I loved are all dead because of you." Urock held up the fragment, ready to shatter it.

"I was only trying to protect my core. It was the humans that come to slaughter."

"Yeah, they have their excuses too. It's all just a game to them."

The green light dimmed. "It always hurt me to send you out. The humans do this for fun, but I was only trying to survive. Please don't destroy me."

It brightened. "I will help you survive and get your revenge. There's so much power to be gained as a Core Master. Before, I was free, but now I'm yours to command."

Urock let it fall to his side. "And all the times I begged you to choose me, and you didn't?"

"I always choose at random, it was easier that way."

Urock nodded. By no means was he forgiving the being. It had put itself before countless other lives. It was beyond selfish. But for now, it could help him get revenge for those with the blood directly on their hands.

June pointed her stumpy tendril above. "See! Do you see what I meant!" June said.

Yeah, he could. The bright blue stretched in all directions, encompassing the whole world.

The core flickered with brightness. "It is the sky."

Far above the green things-

Above the trees, silver towers pierced the sky. "And those?"

Urock nodded and started walking the other way. First, he needed to escape before others arrived to see what had happened, then find a place to activate the core. He quickly read through the notifications, noting his level 19, a lack of any skill levels, and a few stat points to spend.

Getting from point A to point B couldn't be so hard.