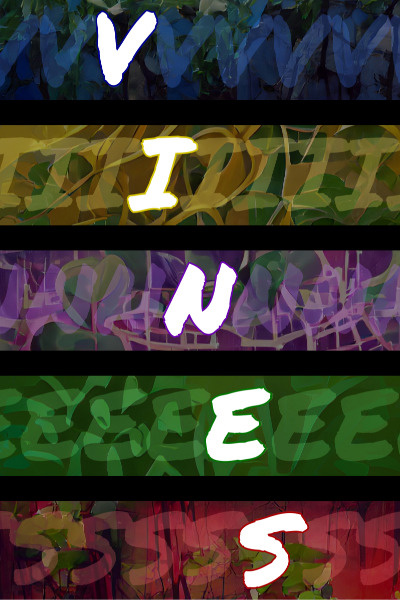 At 6:08 PM, the superhero team known as VINES will die. The building they’re in will explode.

How? Why? Who would do such a thing?

They wish they knew...

Reviewed at: 1: It Begins

What’s up, bud?!? I think VINES needs more than an encourage-mint! It's thyme you tried to read a VINES superhero story! Have you rose to the occasion? You grow, reader! Branch out! Search for the root of their problems! Even if it's unbeleafable, I'm still frond of this apeeling story.

Relatively short story with very interesting premise. Characters are interesting and feel natural. Story flows really well. I did not notice any grammatical errors. Time loops are very difficult to write yet the author managed to do it. Not once was I bored, never felt like skipping/skimming over parts. I have to say that I enjoyed this story, and I can recommend it. Definitely worth a read.

I always love Sadie's stories, but this one honestly takes the cake.

Mixing great super heoes with a timeloop executed brilliantly, VINES is a mystery full of intrigue from the beginning, leaving readers clicking that next chapter button, eager to find out what's next.

This is one of those stories I'll keeo coming back to, wondering why it is free to read online.

I love the concept of fantastic powers with drawbacks. Just about everyone in the story falls under this catagory, but special mention goes out to Shawn. It is almost OP at first glance but also really rough on him to use and that only hits harder once the fridgehorror really sets in of his ultimate fate.

Great style with the way each loop is set up. The risk for repetition was there but since we get to see the loop through the eyes of other characters it remains fresh and learn more in the process.

Great. I was hooked by the premise and the story never slows down. It knows exactly what tale it is trying to tell and every moment contributes to building the world, setting, situation, or characters.
If I had any complaints it would be that there are scenes I really would have liked to see take place rather than step into the aftermath of.

Solid. Nothing stood out to me as incorrect.

Great characters who all get solid characterization within the first chapter of meeting them and remains consistent or expanded upon. I especially enjoyed Emmy as the youngest woobie on the team but all of them were great.