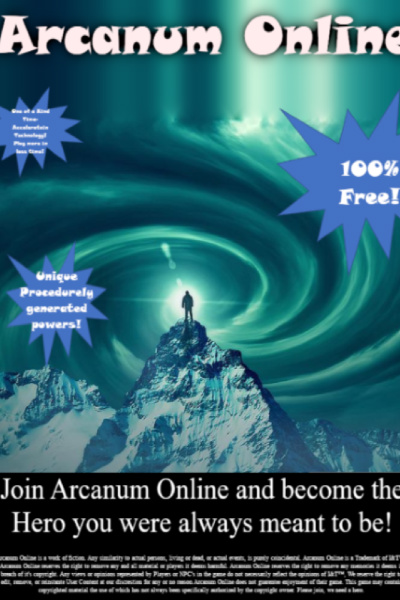 “A great corruption is spreading. The people cry out for a savior. For a hero.

Come join the fight, as the chosen of World Tree! Receive the blessings of the gods, battle fierce monsters, and become the hero you were meant to be, in

It was the cheesiest commercial Ethan had ever heard, but the gameplay was enough to draw him - and thousands of others - to the fantasy world of Lazuros. It’s the sort of place that can really draw you in - a huge open world, a deep character customization system, and a feature that makes time pass slower inside the game, extending your limited playtime!

It was a little strange, though. As if it was a bit too realistic for a game of swords and sorcery. The NPC’s seemed almost alive, most quests didn’t reset and monsters respawned slowly.

Still, for all it’s quirks, it was a good game!