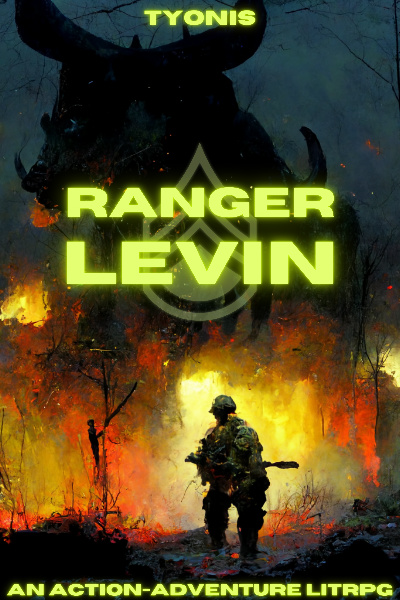 Remove Ads
Previous Chapter
Next Chapter
A note from Tyonis

Credit to my friend, Kain, for editing this chapter!

Thanks to Marksmanship, I instinctively knew my maximum engagement range with this longbow was about 250 meters, so I waited patiently for the targets to enter my shooting range before I struck. In order to obtain positive target identification, I detached my riflescope and furtively peaked it out from under the wagon covers.

Four men armed with spears and knives. None of them had any armor or insignia to identify them. Two were heading straight to the wagon and the other two were circling around toward Lydia and Anna by the river.

“Thank you for the warning, Levin. I see them on the Map, now.” Came Lydia’s telepathic reply.

“I can retreat to your location to regroup-”

I remembered what she said before: ‘Don’t step on my resolve.’ I needed to stop treating her as Rebecca’s stand-in. I knew I was projecting my daughter onto Lydia by acting like an overprotective parent, but it was poisoning my opinion of her and that was unfair to both of us.

“Roger, make ‘em nice and crispy for me, Princess.”

“Good hunting to you too, Ranger.” I could hear the smirk in Lydia’s voice.

A few moments later, a scream and the scent of burning flesh filled the air. I threw aside the wagon cover while the two approaching it were paralyzed by the scream. My bow string was already pulled; Select Fire already set to three-round burst. I aimed and loosed. My first shot split into three, but because I didn’t use semi-automatic, my arrows were off even with Marksmanship and Dexterity boosting my prowess. I aimed for the head but only nailed my target’s stomach. To my shock, it bounced off as if deflected by an invisible barrier. The remaining two arrows drifted further off target. The second actually pierced the man’s leg, and the third snapped after it hit the ground. I nocked another arrow and fired again. My grouping was better and I aimed for centermass. All three landed on the man’s chest. He fell back and didn’t get up.

I prepared a third shot, but the other bandit was already on the move. Instead of retreating, he advanced closer to the wagon and deflected my next set of three arrows by twirling his spear. It was like watching a scene straight out of a wuxia movie. Then, he charged at me faster than any Olympic sprinter I’d ever seen.

I went for broke and knocked another arrow.

I felt my MP drain out like water from an upturned glass as I unleashed a rain of arrows. I emptied one entire quiver in less than three seconds. The man tried to parry and dodge the barrage like before, but eventually one hit and bounced off his body. It didn’t do any visible harm, but the force of the blow caused his movements to falter. Whatever was protecting him only lasted four more arrows, then I turned him into a human pincushion.

I grabbed my spear and leapt out of the wagon to regroup with Lydia and Anna. I burst through the treeline only to see a charred corpse eagle spread against the trunk of a tree. Lydia was slumped by the river; she looked shocked and spent. Anna was mounted over the final man, a bloody knife in both hands as she viciously stabbed the half-burnt body over and over again.

I slowly came from behind, my hands outstretched as if I were trying not to scare an animal.

Anna just kept stabbing. She was up to her elbows in viscera at this point. It was gruesome, even by my standards. Once I was close enough, I pinned her arms up before she could hurt me or herself. She thrashed wildly in my grip and screamed until her voice cracked.

Carefully, I pried the knife from her vice-grip and dragged her off the mutilated corpse. Eventually, she seemed to just snap and went limp in my arms. I carried her to Lydia so the two commiserate while I dealt with the bodies. I gathered them into a pile downstream and searched their pockets for anything worth taking. It left me time to think. Time to reflect.

Fuck, that was a bad idea. I should have just eliminated all of them myself and spared those two the grief.

I recalled Anna’s look of fear and hysteria as she stabbed the corpse over and over again. Lydia’s shell-shocked expression after burning someone to death at near point-blank range wasn’t much better. Those sorts of faces were only ever seen after intense physical and emotional trauma. I felt the color drain from my face as the weight of my decision finally fell fully on my shoulders.

Oh fuck, what was I thinking?! This isn’t a fucking game. Jesus Christ, what have I done?!

Once the girls were able to move, I guided them back to the camp and prepared a meal. Dinner was a silent affair. Neither Lydia or Anna ate much and their demeanors were lifeless. I took it upon myself to do all the camp maintenance while they both came to grips with their new reality. Taking a life changed you in a fundamental way and I could tell the awful brutality of their first kills exacerbated whatever mental and spiritual transformation they were enduring.

Lydia was the first to leave. She climbed into the wagon and slept on the floor. Anna and I secretly watched her until she passed out. Even while she slept, Lydia still clutched the necklace she kept hidden beneath her clothes. Afterwards, we walked in silence around the camp. Anna was anxious and couldn’t sit still, and I didn’t want to leave her by herself, so we strolled in circles for about an hour.

After one last lap, she pulled me into a deep, passionate kiss. Her action screamed so much desperation that our teeth slammed painfully against each other. She recoiled but continued to press even as I stiffly held her shoulders back.

She panted into my neck and I felt guilty that my blood boiled. A primal of me wanted to take her, right there.

“N-no, of course not! Anna, you don’t understand. This isn’t the time. You’re very high-strung, stressed to the point of near insanity!”

“I want to forget everything. Please, I beg you, please,” She started going for my pants and I had to wrestle her arms away. I was thankful for my higher Strength. Anna was easy to restrain, even with her hysterical struggling.

“Lay with me, please. I want to feel something - anything - but this,” Anna broke down into sobs against my chest and I felt her whole body weight sag. I hugged her as we both gently fell to our knees. I held Anna tightly as she wept into my shoulder.

“Dragonheart will preserve and protect Her Royal Highness even through the worst of experiences,” Anna said after the worst of her panic seemed to abate. “She will awaken on the morrow, stronger than ever, ready and able to reclaim her glory. But I-I am just a Classless wench; s-so weak and so easily broken. How can I help her take back her throne if I can’t-”

“No, Anna. You protected Lydia with your life all this time. You are stronger than most people I’ve ever met.”

There’s no power in the world like a mother’s love.

I caressed Anna’s long, brown hair and she snuggled into my arms. I held her until she fell asleep, all while I silently cursed my own stupidity.