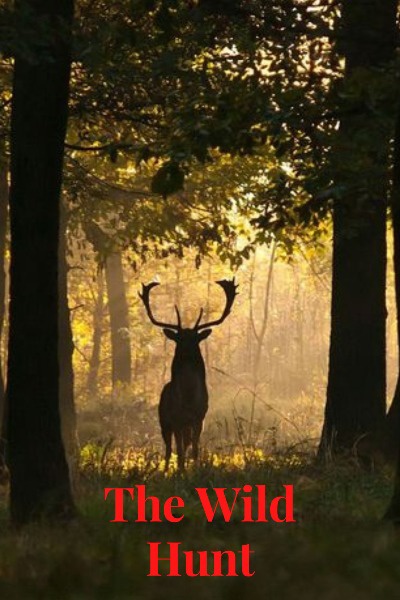 A man was sitting in a big hall. This hall had 7 thrones in total. Six of these thrones were placed in front of each other in the pair of three thrones. While the last throne was the main throne. This throne was grander than the other thrones and was placed at the end. It was clear that the throne belonged to the leader of the other 6 thrones.

That smiled at then started thinking…

‘Finally, I, James Tyrion, the sole heir of Tyrion family and the most powerful mage of the Faction had vanquished all of my foes. All those who had wronged me are now dead or worst enslaved. Now there is no one in the faction that could match my power. All the houses of the Faction are dead too…’ the man thought.

“LORD JAMES!” suddenly a beggar came into the throne room. He was wearing old dirty clothes and looked like he had not eaten for several days. The beggar was so thin, frail that it looked he looked as though the wind alone would be capable enough to blow the man away.

“You…” the man on the throne said calmly as he looked at the beggar.

“Lord James, you have imprisoned me and tortured me. Please spare me… Please.” The beggar begged in front of James.

“*HAHAHA*” James laughed hysterically as the beggar begged in front of him.

The beggar's name is Jarad. He was the young master of one of the founding families of the Faction. When James was little he was always bullied by Jarad. But now things were different. And James was very happy as he witness Jarad begging in front of him. He felt as though he was on top of the world.

“I have conquered Jarad, my worst enemy. Now I will conquer thousands of beauties for my harem… *Mu-HAHAHA*…” James laughed. And then soon the throne room was filled with thousands of women who all were naked. They all waited their turn so that they could serve James and get a chance to touch James's manhood who roared like a young dragon.

‘This is what life should be like.’ James thought as he looked at the young woman in front of him.

James opened his eyes annoyed as he was having a very great dream. But suddenly some cold water was splashed on his face. And he knew exactly what to expect when he opened his eyes…

“WAKE UP JAMES! It is noon already. I have told you a thousand times that you should go to sleep early so that you can wake early. Haven’t you heard the early bird gets the worm? Look at me, I have already made your lunch. I have cleaned the house and yet here you are still sleeping like a log.….” And she went on.

James loved his mother very much. But she was a real pain in the ass sometimes. James became 11 years old this year. Also, he got awakened just one day after his birthday. That essentially meant that he was now a man. He can go to war if he wants. And this essentially implies that he could do all of this on his own. But she still insisted on doing his chores and then she would reprimand him for how lazy he was…

“Mother, the tryouts are not for the next 2 days. And there is nothing that I could do for now. So could you please leave me alone? I want to sleep in peace.” James said annoyingly.

“Okay, I will buy all of my stuff today. But on one condition. I don't want to go to the party.” James said to his mother.

“There is no way that you are getting off the hook. You are Tyrion, and even though your father……” James's mother stopped in the mid-sentence. “Anyway, you had to go until your name has Tyrion attached at its end.” James's mother further added.

“I don't sound like that all,” James said while being more annoyed.

“I sound exactly like that in my head. If you want me to get off your back then get land a decent job and get the hell out of my house. And then I will permanently get out of your way.” James's mother said.

James just looked at her and stopped speaking. He knew that if he insisted and argues more with her then they are bound to start fighting. And he didn't want that. He would be leaving for his school in a few days. So he didn't want to feel bad while in hell just because he couldn't handle some taunts from his mother.

James then got up from his bed. He then went to the toilet to freshen up…

After James had freshened and changed into new clothes he came down from his room to have lunch/breakfast with his mother. As he came down he saw that his dining table was full of things that he liked. There was Meat pie, jolly jelly, Goo pots, etc, and much more. Seeing all this stuff a smile appeared on James’s face. He sat down in his chair and started munching on the delicacies that his mother had prepared for him…

While on the other hand, James's mother just sat by another chair and just looked at him devouring his food with a happy face…

“You know, I met a Faith reader the other day.” James's mother said while he was concentrating on food.

“Mother those people are just plain old scammers. No one in the world could see the future… All of this is just bullshit.” James said while he was having some delicious Goo Pot.

“Language! Anyhow that Faith Reader was different. He didn't ask for any sort of money from me. He just stopped me and started asking whether I have a son.” James’s mother said.

“And he made a very interesting prophecy about you!” James’s mother said while looking concerned foreshadowing that maybe the prophecy may not be a positive one…

“What did this prophecy say?” James asked.

“That man said that this year, my son’s faith will take a big turn. This year my son will flourish. He would become so strong that even Gods will watch his progress as he grows.” His mother said but still, she looked concerned.

“You don’t seem happy about with positive prophecy?” James asked.

“Well, that man also added that the progress that my son will make will be because of a soul reaper. He said that you will be seduced by the promises of the soul reaper. And you will become his servant. That devil in return will grant you all the power that you want. But in return, he will have you by your neck at all times.” James’s mother said with concern.

“Is that so?” James said with a chuckle

“Don't laugh about it. This is a very serious matter. James, I know that it is very difficult for us to survive in the outside world. I know that you dream big, but please remember never made such a decision that could harm you in a long term.” His mother said.

“I am a fine mother. And yeah, I will not be seduced by any devil. Unless that devil is a she…” James said mischievously while looking at his mother.

“Eat your damn food…” his mother said annoyed when he didn’t show any concern about her concerns.

James then started thinking about what his mother said. She was right, he was an ambitious man. Since his father’s untimely death, all he ever wanted was power. Power to trample over all of his enemies and show the Tyrion house that he is not trash.