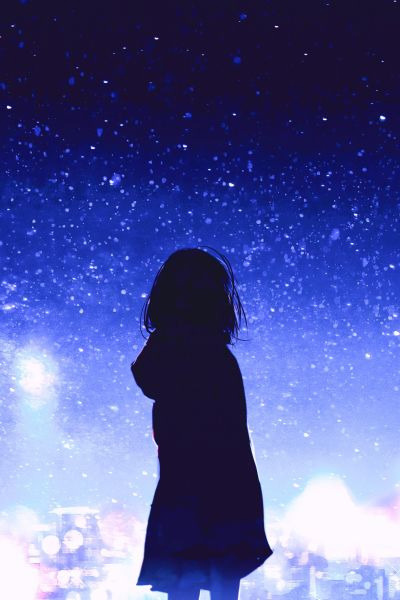 For as long as anyone can remember, humans have been preyed upon by Harbingers, living nightmares which devour dreams and passions and souls, and defended by Keepers. These children alone hold the gift of magic, the wild and wondrous ability to impose emotions over reality and empower their frail bodies with the splendor of their souls. Under their protection, humanity was able to survive and thrive.

While modern Keepers have come to enjoy a social position somewhere between celebrities and religious idols, very few accept the mantle simply to be a hero. The Messengers of the Goddess Claiasya, spirits charged with awakening the magic in suitable souls, promise that Keepers who consume and purify enough Harbingers will obtain the power to change themselves or the world in nearly any way they wish.

It’s for this purpose that Liadain Shiel, a young girl born terminally ill, throws herself into life as a Keeper when her opportunity comes, hoping against hope to rewrite her fate and save her life while she still can.

But magic wants its wielders to grow and change, not simply continue living, and the secrets swimming beneath the sea and behind the sky have lives and designs of their own.

Nowhere Stars is an ongoing fantasy-horror web novel about traumacore magical girls, nightmares clothed in ribbons and lace, alienation from reality, and broken children twisting the world into whatever shape they must to make their dreams come true.

This is a mirror of Nowhere Stars' home site, located here. Updates will be posted at the same time, currently once a week on Wednesdays.

An intriguing look into a world of magical girls

Reviewed at: Other Horizons 2-1

So far, the story has provided an interesting spin to foundational concept. The characters are engaging and lovable, and the magical system looks to be a nice blend of simplicity in its foundation and nuance in execution. The story definitely has strong themes of horror and trauma that deeply impact its progression and narrative, but so far it all seems to connect fairly cleanly and doesn't harm the narrative through gratuitous usage. All in all, a promising story that I hope to see continue in the future.

Reviewed at: Other Horizons 2-6

In a world of magic based on the conception of self and a core desire, what if those two were in almost direct conflict?
A petal perpetually falling yet never to land, wilted and wan, among the fallen leaves.

If a flower is only beautiful because it will wilt, if scarcity is the core of value, then let us rebel against the tyrannical skies.
Let the flowers wilt eternally, for the s̶k̶y is not the sky, self is a lie, and together we can rot in glorious agony.
That'll show those flower-buying posers.

That said, great story, I am intrigued and will wait with bated breath for the next adventure of your Lil Calamity.

Reviewed at: Other Horizons 2-3

It's very similar to Puella Magi Madoka Magica, but not completely.

The powers are better explained and more complex.

The world is very unique, but not completely different than our own.

Character: They are good, but there is still much potential for the future. (The story has only just started, so we don't know much about them yet.)

Reviewed at: Other Horizons 2-3

There is a sense of direction for the story, even though there are still areas unxeplored, the sense of wonder and adventure that the main character experiences is great.

There are some character flaws, and to a degree the current side-characters seem somewhat two-dimensional, or rather like the children that they are. This aspect has not been explored fully yet, neither has the moral implications of having children figthing for themselves and for the adults surrounding them in "wounds". Hopefully this will be adressed in some way as it is, for me, a rather bleak spot on a fine story.

A great new story with a strong focus.

Reviewed at: Other Horizons 2-4

An engaging, well-written story with a very intriguing setting. The prose is strong, Liadain has a lot going on as a character, the Harbingers seem to be extremely threatening and cool antagonists, and seeing the world and its magic unfold is fascinating. I'm excited to see how Liadain crashes into other characters as the narrative expands. There's a lot of emphasis on symbolism, dreams, and the feelings the characters - especially Liadain so far - are feeling, and it's strongly written the whole way through.

The style is excellent. The prose is clear and direct where it needs to be and poetic and flashy where it comes to magic and the arcane. The grammar is flawless throughout; I haven't noticed a single spelling or syntax error at any point. The story gets you to care about Liadain from the very start and keeps you invested in things turning out well for her. You end up stuck on the edge of your seat just hoping she can make friends. Shona and Mide are the two other Keepers who have been introduced thus far, and both of them are intriguing, contrasting with Lia in interesting ways. I really can't wait to see where Anemone is taking the plot as a whole.

A thoughtful look at magical girls

Reviewed at: Other Horizons 2-5

A story with a complicated magic system based around personality and self perception that actually makes sense, eldritch horrors that are scary beyond just looking creepy, and kids trying their best to navigate a world that is somehow impossibly slightly more nonsensical and frustrating than the real world. I love everything I've seen so far and can't wait for more.

Style: The mix of fluffiness, pessimism, and existential dread that is soul food for a fan of grimdark fiction like myself. Also of note is that every chapter will end on a sudden and dramatic cliffhanger.

Story: The story is about children who must adapt to gaining magical superpower and joining a forever war against the dimensional invaders trying to corrupt it. It is set in a complicated world which constantly spews out problems such as living nightmares from the abyss, magical corruption that leads to fates worse than death, and far far worse social interaction.

Grammar: Pristine. The author clearly puts a lot of work into editing and revisions.

Character: 3-Dimensional characters that struggle with the complexities of the power they've been given, the role they must serve, and defining oneself. By nature of their powers they are forced to discover who they are while simultaneously changing and adapting in mind, body and soul.