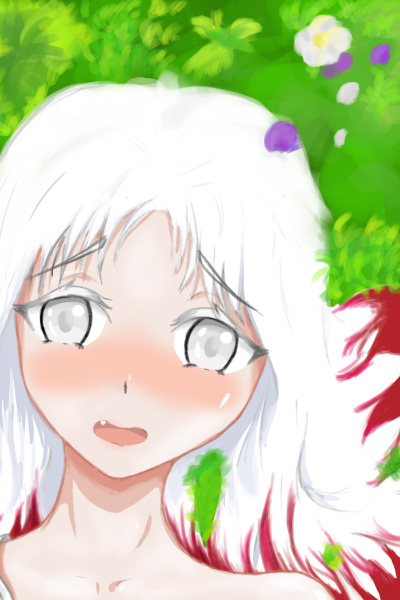 For You, I Would Forsake The World

The tapping of my shoes against the cold concrete stairs reverberated against the solid stone walls as I scaled the stairs that seemingly went on for an eternity.

I started to look back on my life and wondered where everything went wrong, I pondered and pondered until I realised that it didn't matter, nothing mattered anymore.

*Tap* *Tap* *Tap* the day was cold and unforgiving which seemingly made the tapping of my shoes sound louder than it was. As I scaled the stairs I dragged my finger along the metal railing as the tips of my finger grew colder and colder; numb to the bone I could only feel the pressure of my fingers against the metal.

I don't believe I had a particularly hard life, in fact, you could say I had a good life, at least in the eyes of others. I don't blame anyone but myself and probably a few genetic markers that were the origin of my depression.

Finally, I reached the last step *Tap* what stood in front of me was a grey door with a tinge of silver.

As I exhaled a snow-white fog quickly formed while dissipating just as quickly.

I pushed open the door and was immediately hit by an icy cold gust almost toppling me over; I walk through the frame whilst my face numbs to the air rushing around me.

*bzzt* *bzzt* *bzzt* I pull my phone out of my pocket to see multiple incoming notifications from some contacts, It was particularly odd because I didn't think any cell towers were working in this city.

It’s beautiful, the city I mean the sky also. I put my phone away and admire the vast sky that was pitch black with what could only be described as diamonds scattered far and wide. I walked to the edge of the building and sat at the edge with my legs dangling off the edge; one mistake and I could fall, from this height, I would most certainly cease.

After my first attempt, and failure I was forced through therapy and finished, but it still… Life just felt like a repeating cycle of eating, sleeping, school and eating again, that is until the war.

After that most of the world kind of fell apart, I haven't seen a person in over 3 months. I grabbed my flask of whiskey, poured the whole lot down my throat; stood up, and jumped.

Finally, after 17 long years, I could rest…

It was an odd feeling, as I fell I could feel the wind dashing past me the cold air causing my skin to tingle; it felt, peaceful? Like I was free like the world was rushing past me without a care in the world. I wish I could savour this fee- I then heard a *CRACK* and, nothing…

That's not quite right…

It’s dark, it’s warm, and it’s oddly comforting; like being submerged in a warm viscous liquid.

------- Author's note --------
Hello! So, it's probably gonna take me a while to upload the next chapters because I want to complete the storyline before I start writing. So I hope once I start uploading chapters you people will like them! Also, I do all the art myself so I'm sorry if it's bad because I haven't gotten to a level where I can say my art looks good...