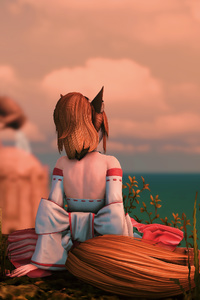 The Core of Many Things

Alyssa was sleeping one night, until she was not, and then it was (probably) no longer night. Or anywhere she contained recollection of. Nor did she have many things that most people had. A body, for example. So, how could she see, think, hear, and whatever else it is that normal people do? Because she's a dungeon core? Well, obviously. Not only that, but she is apparently the first ever one! Which sounds impressive, but it soon becomes apparent that this world is about to have an abundance of firsts, around 7-8 billion of them, if her suspicions are proven correct.

This is a dungeon core novel! But, it will not be, i think, one of the usual ones, so calling it such may put the wrong idea in your head. Though, im rather unfamiliar with the genre, compared to standard isekai, so i may be completely wrong. This will not focus on the dungeon building much at all - the Adventure tag will certainly be emphasised. I will mostly be keeping a light-hearted tone, but I will also be attempting to keep it grounded in realism - explicit gorey descriptions wont be a thing, nor vivid retellings of trauma, but these things do happen, and will not be entirely glossed over, either.

Cover is a screenshot of my character in FFXIV, taken by me.