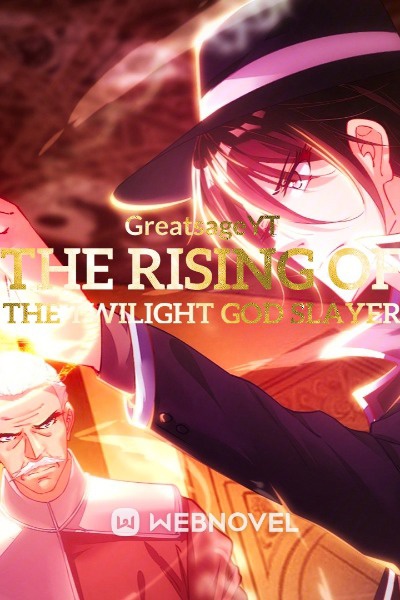 After the Pandora’s Box opened, Kaiser's true potential awakened and the door through many series of outcomes has connected one by one like a string of fate and created unlimited possibilities and infinite potentials.

“I never thought the day will come that fate will side with me!”

“How cruel the world is for taking everything important to me one by one!”

He was reminiscing his past while sitting at the tree looking at the sky while having a sorrowful face and sad smile.

“Probably I’m the only one who knows the fate of the world in the hand of that fucking demigod!”

He lay on the grass ground while raising his hand to the sky clenching his fist and reaching out to the sky with his right hand.

“I swear in my name Kaiser that I will change this shitty ending and make those fucker demigods pay all the sins they deserved.”

Kaiser stand up properly and take the wooden sword from the tree and held it tightly.

“It’s time to hunt some monster in the forsaken realm forest.”

Kaiser focuses all of his strength on his footing while waiting for the right moment to take action, An immense mana is flowing in his body from head to toe and his aura is overflowing and then in one moment kaiser release all out once his strength from his feet and created a new skill through tremendous concentration.

Enhanced Speed: Kaiser is capable of moving at an above-average speed, A speed of light that is even difficult to see from the naked eye by an ordinary people or lower than the intermediate Swordsman tier.

Kaiser instantly passes through all the lower rank monsters in a blink of an eye and he finally arrived at the “Red Zone” of the forsaken realm forest.

“Whew! Look like it is still hard to control the timing and speed of my new skill.”

“However look like I am lucky for meeting this 100 Rank: B monster in a horde because I need to level up fast to reach those in the higher realm soon as possible.”

“Even though I will never be satisfied not until reaching the result I desire.”

“Come fight me, you monster!”

Kaiser shouts all his might to the enemies with an intimidation aura using mana then the result has he creates another skill through action.

Taunt: A skill to taunt enemies to get all the attention of the monster through the user. Forces the enemies to attack the caster first 50% chance debuff to all enemies.

[A monster that was born from the earth attribute in the ancient ruin. A monster that wanders in the forsaken realm forest red zone also attacks any human without mercy.]

Earth Golem approaches kaiser and three of them all out once and then the one who attacks first is the Earth Golem, Earth Golem clenches his fist and punches kaiser all his might However kaiser uses the wooden sword to parry the monster's attack to him. Once again kaiser creates another skill through his defensive action.

Parry skill: a skill that nullified physical attack from the enemies and reflects the user surrounding so the damage taken by the user has passed through his body without taking any damage.

“Damn, I thought that was the end of my life from the incoming physical attack of the Earth Golem to me.”

“Look like I underestimated the Earth Golem and I almost forgot that my former strongest strength as the strongest sword saint in history is no more than just a myth.”

“Right now I am taking the path that my former self has given up and that is none other than my biggest dream to become the strongest mage of all time the Sage Monarch.”

“So this is the first step of my life through my dreams!”

“That's why I have no time to waste my time with a mob monster and with respect I will show you my true strength.”

Kaiser instantly analyses the enemy's body structure and searches for where is the weakness of the monster Earth Golem, As he gazes at him fiercely tremendous mana is overflowing from his eye and forming an arcane magic circle in his two eyes. The target aim pointer circle is finding the weakness of the Earth Golem monster by moving back and forth also up and down lastly from head to toe.

Kaiser jumps far to gain distance and avoid the Earth Golem radar attack then he climbs the tree and activated a new magic spell without hesitation and gradually mana is forming a magic circle in his right hand and he begins the operation counter attack.

[YOU HAVE ACQUIRED A NEW SPELL]

“Nice timing then taste my full power you monster!”

A form of magic that allows the users to immobilize their opponent. The user creates a rope composed of wind that wraps around the target.

“I am not done yet here my offense magic!”

the user manifests dozens of blades composed solely of compressed solid wind. The blades take a shape closer to a throwing knife rather than to a blade where it does not have a handle or a hilt. After being hit by the blade the storm will manifest inside and blow up the target monster.

A few dozen status panels show up simultaneously representing the stats I acquired from killing the 100 Earth Golem monster simultaneously in two spells. At the same time, I level up from the experience point I earn through killing a monster.

An articulate voice of a young woman, the one who oversees the law and system of the world.

An articulate voice of a young woman, the one who oversees the law and system of the world.

[YOU HAVE ACQUIRED A NEW SKILL.]

-Creation magic is a form of skill that allows the users to shape various objects and entities from their magic. Spells from this magic require the users to use a divine star blessing.

-Users can utilize magic to create anything out of certain materials or magical energy, in any shape or form even with any kind of materials or even entities.

-Users can create entirely new forms of magic or create magic itself, including drafting/designing their own rules, limitations, maximum potentials, taboos, and everything else necessary for the new form of magic they created, they can even remove the magic they crafted from others if they feel it is being misused.

“I don’t even know how to react to this new skill.”

“However for now this is enough for today beside it is already the time in the evening when the sun disappears or daylight fades.”

[YOU HAVE ACQUIRED A NEW SKILL.]

- is a spell used as a means of transportation or to dodge attacks or flee a perilous situation.

-this Magic allows the user to cover very large distances in the blink of an eye. It makes for an extremely fast and effective means of transportation, and can also be used in combat when the situation requires fast actions. In addition, the user can transport multiple individuals not in their immediate vicinity to a different location.

“Damn it is convenient using magic and I am envious of the human that was born with talent in magic.”

“Thinking about it makes me angry for some reason!”

“However that's all in the past now.”

Kaiser instantly teleports to his hometown without wasting time and he walks in front of the doorstep and knocks a few times and shouts.

The door opens slowly and his mom and dad are waiting for him to greet him but kaiser never expects that he will meet the youngest miss of the Vermillion family.

Alice Vermillion giggled and smile at the man he was interested in while sitting in the chair drinking tea with her maid.

Bio: I finally finish my first goal about 20000 words and next challenge to myself is 30000 words so i hope you like my fiction and please don't forget to comment and like and follow also I would be happy if you rate my overall fiction thank you.