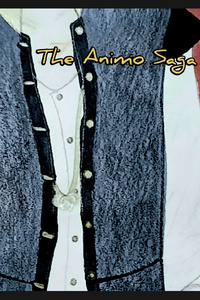 Before history was well-recorded in the world of Ulakam, primordial animal spirits adopted humans, provided protection and developed deep spiritual connections with them. Millennia later, humans now host animal spirits and are split into tribes named for the species they host. Ulakam is slowly being consumed by a decades-long war pitting the main tribes against the smaller tribes and a group of bandits calling themselves "the resistance".

Callida Animo was born into this world. Coming from a mixed family of generational soldiers, Callida joined the family business at a young age. In her words, she was practically bred, born, and raised to be a soldier. And she's good at what she does... which inevitably attracts attention that makes her unambitious self extremely uncomfortable. Love, loss, influence and growth. This is her story.

Written episodically, this story focuses on relationships and character growth through a series of mini-arcs that connect to make a greater whole. (Honestly, the story would lend itself well to a TV series.) "Episodes" range from 3-7 chapters (at least so far), and average about 4 or 5 chapters.

Author's note: I'm always thrilled to receive comments, follows, ratings/reviews, messages.... All forms of feedback are welcome and encouraged. However, I have no interest in begging readers for more engagement to get better visibility. I tried that with my last story and found the game soul-sucking. So! This constitutes my only self-promotion request. If you are reading this story, let me know what you think! I love engaging with my readers. We'll see if growing the readership organically is even possible. Thank you! 😘