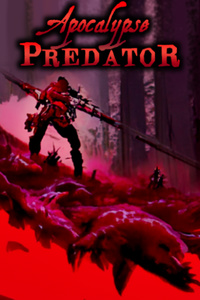 [There is no such thing as a system.]

When he was young Zane started dreaming about the apocalypse. A hellscape in which humanity has withered, its ruins displayed proudly under the light of a red sun. Within the shadows crawl creatures relentlessly dragging survivors into the incoming darkness never to be seen again.

Every night he dreams, and every day he forgets all but the faintest of snippets of the dream world. He does all he can to distract himself from the gnawing worry in his mind, from working out to running away from home, adrenaline pumping as he lives life under a veil of fear.

Ten years later it’s the 16th of February. Ten days before his birthday, when the apocalypse of his dreams began.

Zane returns to an empty childhood home, his room untouched and his dream diary still on his desk. Under his final entry there is a single sentence scrawled in blood. One that he doesn't remember writing.

[The system is real.]

After that day the dreams ended.

And the nightmare began.