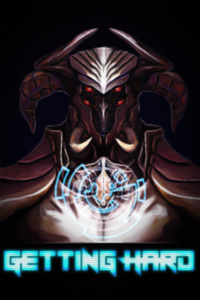 Getting Hard (Journey of a Tank)

There was no other place I’d rather be.

A cramped, dimly lit space half illuminated by CRT monitors and half by the newer LCD ones that everyone fought over when the shop opened. It wouldn’t be complete without the accompanying orchestra—the grating hum of the cranky AC that blew out cold air only after a ritualistic sacrifice, clacking of keyboards, clicking of computer mice.

Mice or mouses? Both sounded weird to me.

And what was home if not for the people living in harmony inside it? A couple of dozen pasty-faced guys cooped up for several hours of fermentation, all glassy-eyed from staring at the screens in front of them, not doing much for society except exhaling carbon dioxide for plants.

I was at Vanguard Gaming, the sole PC café in our quaint neighborhood. Real home was three blocks past the convenience store at the street corner. Mum always lectured me before I left to go here, my second home. Better not let her hear that joke again. She didn’t find it funny at all.

What was the big deal though? In school, I actually paid attention during class, going against the ancient tradition of generations of students doing the opposite. After dinner, I did my homework and studied, ever the model student. I had top grades in school; more time burying my nose in books wasn’t going to make them go higher. At some point…there’s just no point to it.

“Remove debuff! I’m stuck!” To my right, Paul shrieked like a little girl. Wearing his signature worn baseball cap that never left his head except during class, he hunched over his keyboard, dwarfing it with a body way too big for someone in high school. Our school’s football coach would love him as a lineman, but that meant time for practice that clashed with Paul’s dream to be a top-tier DPS in Nornyr Online. We needed his thickly bearded Archmage dwarf to rain fiery meteors of death on the enemy.

“I’m on it. Chill out, bro,” said Mason, who insisted to be called ‘Antalric’, the name of his dark druid—a female character for some curious reason—even when we were just hanging out and not playing. “Herald?” he called out. “Can’t see you on my screen, bro.”

“Those effing fields! I can’t get close.”

“We need to get the objective. Herald, my bro. Where are you?”

Everything came into focus.

The Nornyr Online Season 3 Team PVP Banner splashed across the top of my screen. The match was a team version of King of the Hill mode. The team with the most members inside the central objective area would gain points over time, plus points for kills. The right side of the interface displayed the score: 1610 for Red; 2718 for Blue. If we won, we’d get past the qualifying stages and enter the top sixteen teams in the North American Server. A big ‘if’. We’re the fucking loser Red team behind by a thousand points!

“Herald, I think you need to be in front to tank—”

“I’m looking for a position to attack,” I said.

“That’s what she said,” Mason, or Antalric rather, chimed in with a laugh.

“You can’t just insert that joke everywhere and expect it to work.”

“Guys, we do what we always do!” I yelled at the whole team. [Pure Vitality] brought my defensive stats to zero in return for pumping my health to fucking outer space. “Shields on me. Death Bind Pact rotation starting with Antalric. Three…”

Tanks in front to protect the healers and DPS, healers keep the tanks alive, DPS lay waste to everyone—that was the usual formation. The holy trinity. The three basic classes. The basic gameplay.

My team didn’t operate that way. This wasn’t a boss raid. Our opponents were thinking like fucking boxes by playing as if they were up against a predictable AI.

Relying on the massive yet temporary boost to my tankiness granted by the buffs of my teammates that made up for the stats I sacrificed with [Pure Vitality], I separated from them and charged the left flank of the enemy formation—an unexpected angle for a tank to show up—plunging through the curtain of hard-hitting spells. I ignored the chunky enemy tanks and made beeline for the juicy underbelly of their formation where the squishy DPS and the indispensable healers resided. With this maneuver, I drew the enemy fire into their own stack, relieving the pressure on my team so they could approach without me protecting their asses.

Suffering massive amounts of damage and away from my supports, I could only survive a few seconds with the protection of [Death Bind Pact]. “Go! Go! I’m in!”

“Man, you mean overlap them?” said Jefferson, another dark druid user, whose claim to fame was being able to move his ear. His dad was the store owner so we could usually secure the LED screens on the weekends when we could come early. Approaching as close to me as possible, he cast the next [Death Bind Pact] right before Antalric’s expired.

“Step on these cockroaches!”

“I’m going in raw,” said Antalric, making fake moaning sounds. This joke had been funny the first couple of times; it had been over a hundred times since then, just like all his other stale jokes.

“Hold their DPS!” My fingers flew over the keyboard. “The healers are mine.”

[Invigorated Crush], [Blood Slash], ending with the entire combo of [Ogre’s Rage]. I perfectly chained together skills that dealt damage scaling on my maximum health, taking advantage of my incredibly high health pool thanks to [Pure Vitality] to burst down the enemy healers.

Ta-dah, motherfuckers! I wasn’t a ‘traditional’ tank at all!

Torn between helping their DPS and saving themselves, the healers weren’t able to coordinate and fell to mine and Paul’s attacks.

Four players of our six-man team were dark druids. The support kit of this class was laughably mediocre—low healing, limited buffs, slow resurrection skill—but they had the most annoying CC skill set in the game. My mega-big-brained plan with having four of them in our team was to hold, not kill, the enemy DPS and tank.

We eliminated the two opposing healers, sending them back to their team spawn point while holding down the rest of their teammates. Our four dark druids were each assigned to one enemy player, rotating their CC skills to restrict them until the end of time. If we killed these assholes, they’d just respawn and regroup.

Six to four on top of the objective, our points started rising.

The enemy healers rushed back, only to realize they couldn’t come close or they’d die to Paul’s long-ranged spells. All they could do was helplessly stand at the edge of his reach, unable to save their teammates.

We weren’t interested in chasing points through kills. Just focus on the objective.

Our points caught up, went past theirs, and slowly ticked to the winning goal of five thousand.

Everyone at Vanguard Gaming erupted into cheers.

I didn’t notice Jefferson’s old man had projected our game on the big TV above the counter. Everyone clapped in unison as our points climbed to five thousand as if it was the New Year countdown. When it hit the goal, and we became the sixteenth team to pass the NA Qualifiers, all the guys hollered and jumped like monkeys.

Other Nornyr players left their cubicles and went over to our corner. Sporting a wide grin on my face, my head bobbed up and down like an excited seal from all the congratulatory slaps on my back. All other teams I knew had been eliminated—that included the stronger ones sent by our guild. We were technically the C-team of our guild.

“These bastards are doing it to us now!”

“Yeah, no trash-talk,” I said. “That’s our rule. These idiots are just spitting shit because they’re salty they lost to our strategy. I bet they think it’s just some gimmicky shtick. In the replay, they’ll see just how trash our gears are compared to theirs that look like they bought with real cash.” I had nothing against whales; they supported the game compared to broke-ass me. It felt good beating them though. “And that’s the best trash-talk there is.”

“Can’t argue with that,” boomed Boady who stood behind my chair. He was the local whale, both game-spending-wise and in real life.

Rumors were that he dropped out of college thrice and decided to spend his entire time hanging out here, building his bulk with junk food while playing Nornyr Online. His parents supposedly just gave up and threw money at him to not bother them.

“Though it pains my cholesterol encrusted heart to see you guys win,” he said, weighing my shoulder down with his meaty hand as he gave me a friendly pat, “while me and my boys got our asses handed to us yesterday, I hafta give it to you for your annoying as fuck strategy.”

“That’s what it means not to think like a box,” I said.

“I always tell you, it’s ‘think outside the box’.”

I spun the squeaky gaming chair I sat on and grinned at him. “Sounds like something a box would say.”

“I’m not a box…more like a globe or a huge blob.” He heartily laughed as he drummed his belly. “I don’t know how you came up with your bag of tricks, but it’s prolly the best way of leveling the playing field against much stronger players.”

“Not really. Meta is meta for a reason.” I downplayed our strategy, not wanting it to become famous with every unimaginative dickwad copying us. “An experienced meta team will know how to deal with it.” Which wasn’t true. It was specifically crafted to counter the meta. But if this became widespread, it’d be meta, and then counters to it would crop up. The cycle of life.

“Yeah, yeah, I know,” Boady said. I sensed he wanted to ask me about the weakness of our strategy, but it was obvious he also didn’t want to admit his team wasn’t ‘experienced’.

“We’re just lucky we pulled it off. Needs a very tight timing.”

“That’s what she said,” Antalric butted in. I could tell he was waiting for a time to repeat this stupid joke.

“Enough of that. We need to celebrate!” Boady loudly clapped his hands. “Imma order pizza for everyone here! Let’s party!”

The entire PC café cheered, even the ones not playing Nornyr Online. The atmosphere was ecstatic.

I felt my phone vibrate in my pocket. A buzzing ringtone tried to compete with the din of the celebrations. This was Mum, I was a hundred percent sure. But why is she calling?

More than half an hour to go until lunchtime; I did promise to go home to eat with the family. I was just going to tell her I accidentally put my phone on silent and didn’t notice her calling.

Pick up the phone…

Why? I had a sinking feeling I was going to regret not answering it.

I didn’t answer it last time…

Support "Getting Hard (Journey of a Tank)"