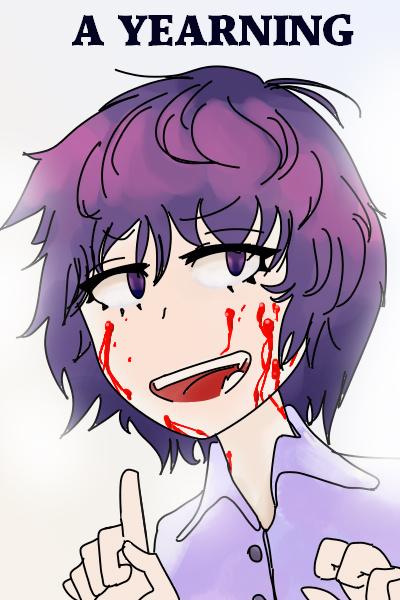 The Chosen One of The Unchosen; God of Redundancy and Thought

Arguing, shouting, whispering. Somehow, every sound a person makes finds a way to make itself annoying. For Jeylin, he just wanted to cover his ears and live the way he wanted. Oh… death? Reincarnation? Quit your bullshit, you’re being overdramatic. He didn’t die.

Or, being isekai’d to a generic world that wasn’t so generic is actually interesting.

Now he has to figure out why the humans and dwarves seem to be at each other’s throats… and why the elves were so different from what he expected… and– actually, this is even better than he thought it was going to be!

Mysteries to solve while fucking around in a new world! Now that brings a– mildly manic– smile to his face! It burned his insides with excitement at the thought of being plunged into a world of fighting, where he could beat the shit out of anyone that pissed him off while bringing chaos for his own amusement.

It was undoubtedly the time for him to uncover the hidden ‘plot’ of this ‘book.’ A bit of murder included of course.

The Chosen One of The Unchosen; God of Redundancy and Thought

For me, at least, I always love it when stories are straightforward. For work such as this, it never disappointed me. It even flows like an actual LN series, with the POV changes and witty soliloquies. It’s not everyone’s cup of tea, but it sure is mine.

Style: this story would never work without using third-person omniscient. Usually, such a prose lessens tension in books. Here, however, it complements the MC’s inner thoughts, as well as his companion (which I’ll get to in a second). I will say that I’m not very fond of the prose changing from third-person to first. I prefer consistency.

Story: its greatest strength, no doubt. Not one point does it info dump up the ass even with its omniscient prose. Surprisingly, it’s all told within the MC’s perspective.

Four chapters in and I already knew what to expect. It’s a world of conflict and a bit of cold (pun intended) reality. The first culture mentioned here involves elf parents committing suicide for the “benefit” of their children. So, yeah, it’s pretty messed up.

Grammar: unfortunately, its weakest link. Tense changes are abundant, which noticeably halts the story’s flow time after time. I’ve also encountered some typos here and there but not much.

I do have a big gripe about all this, though. For some reason, Ket knows what a tsundere is despite being from a fantasy world. She even knows what an igloo is. It doesn’t hurt the world-building, but it does hurt the immersion within a character’s inner thoughts.

There are parts of this I really do like. I enjoy that it pays attention to interpersonal relationships between characters. I find it is rather uncommon in this genre so that alone has my interest.

The story has obvious effort put into writing it. However, there were many things that took me out of the story. The shifting of point of view was one thing but how the way narration was treated made it hard for me to focus on  the story.

Grammar is by far one of the weakest links. The countless tense changes, as mentioned, pulled me out of the story and halted it for me.

As another reviewer said, there is something off about the story. There is little to no consistent world building and there is too much terminology that doesn't suit their world being used by the natives. The story is very slice of life, which is fine, but it doesn't have the tag for that. There is no focus on events making them a non-issue or even pointless, when that would be the catalyst for the characters actions and reactions.

I have mixed feelings about the characters. They are developed well but I have little to no connection to them. Admittingly, a large part of it is due to the inconsistent worldbuilding and natives using language and context they shouldn't know.

It's not a bad story, though I can see how it would have trouble on Royal Road.

Reviewed at: Chapter 8 | The Kingdom of Blooming Vines

A Yearning is the portal fantasy / isekai story with a slightly unusual focus - it pays more attention to the interpersonal relationships between characters when facing the difficult reality of the world they are in than to anything else.

Style - Story is well-written and shows the obvious effort put into its making. It is also quite confusing, considering it changed not only the point of view but the method of narration quite often. In one moment, we are in the head of this character, then we are in the head of another, and worse it is now narrated in 1st person compared to the previous 3rd. And 1st person narration isn’t even the protagonist - assuming isekai’d boy is the protagonist, of course, that’s not certain. Due to abrupt changes, I must rate this 4 stars. Though, not for the shift, only how sudden they are. If they were consistent throughout the chapter, and change in the next I would give it 5 to commend the effort.

Grammar - All and any stories I review shall receive 5-star by default.

Story - Story is … At this point, I can’t say if the characters are bad, the story is bad, or if it is something bad about either in the first place. But there is something off. And I blame the story since it is obviously not the focus of the novel. Worldbuilding is very confusing as characters often have context for things they shouldn’t have, considering how their world works, and use words that don’t fit them, especially the natives. The story is also very unfocused and meandering as for the most part it is about how the character feels which alienates me a great deal, as it basically feels like events are a non-issue even if they shape the said feelings as one would expect. Thus it is forcing me to 4-star this part. Must admit, however, it is very subjective here.

Character - Characters are … well, I am not sure if they are good, but they are definitely well thought out and receive a lot of focus to develop their sense of the situation. The author goes through this very, very thoroughly, to the point it makes characters older than they are. The boy isn’t a boy, but often contemplation, and the local girl, while feeling younger, isn’t that far behind. I am not sure I can relate to any of them though. Still, there is the unparalleled effort put into that so the character must receive 5-stars for me.

Overall, it’s not a bad story. Bit alienating for the wrong audience but very well written.

Suggest it for people who want to explore elves and the human psyche rather than the fantasy world.

And if you want to journey to the person soul, it will be 5 star for you.