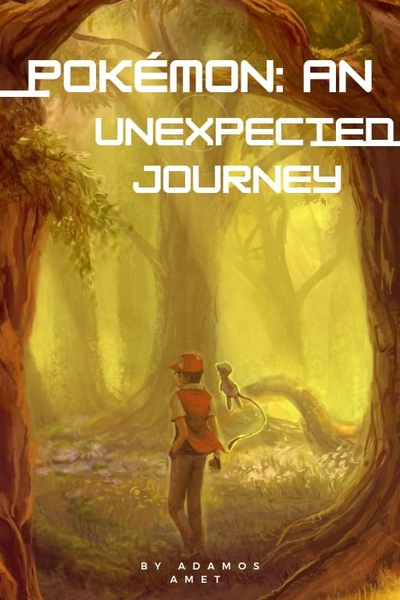 Vs the Fighting Dojo part 1

Join us on discord

Trodaire led Austin and Yellow through the entrance of the dojo, a small, dilapidated building nestled in the heart of the city. As they stepped inside, the duo was immediately struck by the state of disrepair that greeted them. The floors were littered with debris, and the carpets had been gnawed on by Raticate, leaving behind frayed edges and moldy corners. The walls were peeling, and the equipment looked as though it hadn't been replaced in decades.

Yellow couldn't help but voice her shock, "Is this a dojo?" she asked, her voice laced with disbelief.

As if in answer to her question, an old, gravelly voice called out, "Yes, it is, young lady." The duo turned to see an elderly man, his body burly and aged, walking towards them. He was accompanied by a small group of students, all dressed in worn and tattered karate gis. Despite the shabby state of their attire, each student carried themselves with an aura of confidence and discipline.

The Old Karate Master stepped up to speak. " As you probably know but we do it a little differently here: tourney style! One of you has gotta fight the gauntlet before we give you the badge, no swap-outs, no Z moves, you go until you have been beaten! You with us so far?"

"Yup, totally," Austin said, nodding while Yellow looked at the students nervously. The look of absolute focus on their faces was a little intimidating.

The Old Karate Master looked at Yellow before exclaiming harshly.

"We do not accept cowardice at the fighting dojo! If you want to challenge us, we need to see courage and determination."

Trodaire in the back almost facepalmed. Why was his father like this? These were the only two trainers to come to the dojo in the last few days and now he was doing something like that after the duo agreed to pay upfront 2000 pokedollars.

Maybe it was his overprotectiveness after Raticate's death or maybe he didn't want someone speaking to his friend in such a tone but Lucario was quick to stop the transmigrator.

Yellow took a deep breath and stepped forward. "My name is Yellow, and this is Ash Ketchum. We have come to challenge the Karate Master!" she declared with confidence.

"Yes! This young lass has shown the traits we look for." The Old Master smiled before stating

" Since there are two of you challenging us, you will each face three of my black belts before facing me!"

"Who shall go first?" the Karate Master asked.

"Very well! You will face Hideki first! Step up to the center of the dojo!"

Yellow did so as well as Hideki. They stood in front of each other and bowed.

"I should have you know that I have trained with the master a long time! I won't be beaten easily!" Hideki said.

The Tentacool appeared and struck a pose eerily similar to Steve the Omanyte causing Austin and Lucario to look at each other before nodding.

They had to talk with the Prehistoric Pokémon.

"You are using a Tentacool against me? I hope this experience gives me knowledge for future battles" Hideki said calmly as he sent out a Machoke.

The Machoke loomed over Tenty menacingly while Tenty glared back.

He will spread the name of the great Lord Helix by defeating this heathen.

"You may begin!" Trodaire shouted.

Tenty turned and shot out his tentacle towards Machoke which glowed with a purplish ooze.

"Get ready to catch it!" Hideki ordered.

Machoke held its ground as it outstretched its hands, ready for it but it wasn't expecting Tenty's tentacle to shoot forward like a bullet, through his guard. It sailed between Machoke's hands and straight into its chest. Machoke was sent back with pain visible on his face.

"Now use Battering Ram, Tenty," Yellow giggled causing Tenty to wiggle his tentacles as a greenish barrier formed between its tentacles as it used that barrier as a weapon on Machoke which sent it back onto the ground again.

Machoke gritted his teeth as it caught Tenty's tentacle and pulled it towards itself.

Tenty began struggling to break out of the superpower Pokemon's hands. This time it was Machoke who smirked at Tenty. For the first time in a while, Yellow had a scared look on its face before an idea came to her.

" Use Poison Jab!" Yellow commanded causing the other students to break out in whispers.

Should they stop the battle as they didn't want Machoke to get poisoned? If it did get poisoned then they would have to spend money to send it to the pokemon center since unlike league trainers, healthcare for pokemon wasn't free for civilians.

"Use Seismic Toss, and send that thing flying!" Hideki yelled.

Machoke then began to swing Tenty around and around to build momentum. With as hard as Machoke could throw, Tentacool would probably be knocked out once the attack was finished. Yellow was trying hard to think of what to do. Since status changes and special moves weren't allowed in the dojo, she would have to rely on Tenty's will to outdo Machoke's.

Tenty then began to spin quickly inside Machoke's strong grip. This was making it difficult for the superpower Pokemon to hold on to it. Its grip was slipping, and it soon had to stop swinging Tenty just to hold onto it. Finally, Tenty was able to build enough momentum to shoot out of Machoke's hands and right into its face before wrapping its glowing poison-oozing tentacles around the superpower Pokemon's neck.

The next few minutes were a struggle as Machoke's body was filled with poisonous toxins and with a lack of oxygen due to the tentacles wrapped around its neck, Machoke fell backward onto the wooden floor where it didn't get back up.

" That was amazing." Hideki praised but it would seem that the loss had truly left a mark on Hideki who clenched his fists.

Did I not put my heart and soul into it?

Why did I lose to such a little girl?

"That's right, Tenty and I were a team that time, weren't we Tenty ?!" Yellow smiled.

Tenty turned around and nodded at its trainer.

"You may now take a rest if you wish to let the young man challenge one of us!" the Karate Master offered meanwhile Trodaire looked at Machoke in concern.

" Hey." A voice called out to Trodaire causing him to look up as he saw a poison heal thrown towards him.

Trodaire blinked as he glanced at the poison heal before looking at Austin who was gritting his teeth while sweat dripped down from his face.

What was wrong with him?

Trodaire thought before asking," Is this a poison heal ?"

" Yes," Austin replied as he tried to calm his heart down as his mind flashed to Raticate's poisoning.

" Thank you," Trodaire said as he went to his brother meanwhile Yellow ran up to Austin to try to help.

Yellow asked in concern as Austin just closed his eyes trying to calm himself down.

Yellow placed her palm on his head before whispering," It's ok, It's ok ..."

Lucario and Pikachu meanwhile patted the boy's back.

A note from Adamos amet

Pokemon battles have never been an especially safe event to watch in person. Although there is protective glass between the fans and the crowd, it is not rare for a missed attack to break through them and injure someone in the crowd. And after a recent tragedy, many have called for Weezing, with their gases, to be banned from League matches to ensure the safety of the fans.

Weezing gas is toxic to pokemon and no less so – perhaps even more – to humans. It is a quick-acting toxin which deals significant damage even on the battlefield, can blind and scar the enemy, and has often been compared to various chemical weapons, although it is significantly less harmful than Vileplume gas. The effectiveness of pokemon centers has made this a moot issue for the pokemon exposed to this gas; because of the frequency of battles (or perhaps the natural toughness of those involved) pokemon medicine is even more advanced than humankind, and indeed many of them recover from far worse injuries regularly.

Humans, however, are not so tough, nor do they have any true equivalent to a pokemon center. According to its detractors, Weezing gas is a substance that eats away and slips through barriers in a way that a flamethrower does not. To fans of Weezing, the pokemon species is being used as a scapegoat for a horrific tragedy, and the real blame lies with poor oversight on the part of the League itself and a faulty shield that would not have blocked any attack.

Regardless of who is to blame, fourteen spectators are dead and over a hundred more are faced with lifelong injuries.

Bio: I love anime, manga and fanfics . If you guys like my content and want to support me then you can do so by joining my patreon or not it's your choice.