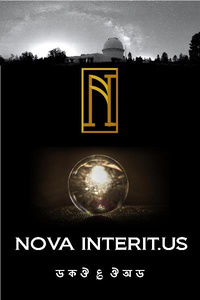 The following conversation takes place a day before the midnight meeting. This file transcription is a secondary NFT embedded within the encryption file of chapter two.

A friend recently said to me, ‘It’s technically not an invasion if your own government invites them in.’ That’s a tough pill to swallow. I used to argue some point about it ever being ‘our own government.’ But compared to now? You should ask Abineau about that. Political science isn’t my forte. Just the systemic hierarchies themselves.

After I share some of this with you I need to finish my report for the presentation tomorrow. But I’m glad to see you. It’s been a long time…

The drinking water rations have gotten bad. The gray water rations almost as much. But the five families who control the seven secret wells work together to provide supplemental provisions in an equitable way. Their distribution system is extremely thought out, created with a sophisticated calculation of volume estimates for respective underground aquifers. Networked sensors feed into the new blockchain allocation system. From my take on the math, I think they’re doing a great thing. It’s basically a truncated version of the system I delivered to the stronghold up north.

The Native Americans in the north have surpassed the Alamex in their management efficiencies and dominance over the UNC. I have no idea how they were able to customize and tweak the system so fast. And then execute the plan. That’s always the hard part.

There are many other families, outposts, clans and tribes in the greater Northern Arizona area. We hear of new alliances forming on a regular basis. The four corners region is home to large reservations of Native American land. The Hopi and Navajo have retreated into their expanded territory and fortified their borders and roads.

The UNC tried to strong arm the Navajo Nation and other tribes in the southwest. They responded with measured preparedness. Other reservation lands in the country were easier to surround and extort into a deal with the UNCWC. But what happened in the northern region of the southwest was different. The Navajos joined forces with the Hopi in a surprising display of solidarity. It was unprecedented. Their grievance and attitudes toward each other were less important now, finally considering a new and greater common enemy. Even greater than the US Federal Government, that is.

To the west, the Hualapai and Havasupai tribes made an earlier alliance. Then came their internal water agreements with the Navajo-Hopi to the east. This resulted in new alliances and a self proclaimed expansion of sovereign territory.

Other tribes joined, and by all accounts it was contentious and opaque from our view. Due to geography and other reasons some tribes were cut off, such as the Kaibab to the northwest, and the Zuni in the south. But it’s known that some Zuni and Acoma peoples moved north to join in the Diné Resistance.

Understand, there are over 15 separate tribes and native councils in this southwestern region. The Utes and the Jicarilla-Apaches joined in the east. But many did not agree to forfeit their unitary sovereignty. In the end, we think it was a total of about five tribal systems who joined force with the Diné. But only the white man was worried about these specifics. And likewise the Regional Trident Governor and the Commissioners.

After their agreements were finalized, this new United Tribal Government made themselves well known. Their stronghold now covers a massive amount of land. And the newly formed Tribal Nation is serious about their borders.

The UNC and the National United States Government (NUSG) counted on this never being possible. History dictated as much. That the Tribes could form any unification at all, and then organize it like this was unexpected, especially considering their complicated history. That the Unified Tribes could do it so fast and hold out this long was even more incredible. That the amount of water they control is immense and beyond valuable. That their weaponry and shrewdness matches the white man’s is insulting. It is power. And it is unacceptable to the regional governments.

"Just as then and now again," Yuni broke in to offer her understanding of the history. "Say some more about the NUSG. How did that structure come out of the USA?"

The 29th Amendment to the United States Constitution preceded and resulted in the secessions. The 30th and 31st Amendments were rapidly passed thereafter. These three alterations to the constitutional format created the Superior Trident States.The former United States Federal Government–or the United States of America (the shortened ‘US’ is still common)–was not dissolved. Instead, the new federal system was an incorporation of the three Regional Tridental States. These three regional governments are legally established liaisons within the federal authority unit in Washington, DC, which is now called the National United States Government. A thick layer of bureaucracy, the new governance model completely severs the people from their representation once and for all. There are still technically ‘states’ like Arizona, etc., but they are only represented in the Regional Trident to which they belong.

"I'm sorry I didn't mean to interrupt you from before. Keep describing the United Tribal Stronghold up north." She's keeping Sam on task for this recording.

Their new monikers are meant to troll typical governmental abbreviations. It was ‘officially’ the UNAWS. The United Native American Water Stronghold. ‘UNAS’ for short if you like acronyms. UNA for extra short. Their new-formed army is the UTWA. Which stands for United Tribal Water Agency. Some people call it the United Tribal Nation. Or, the UTN. But they don’t care about official titles. It’s more of an inside joke to them. The concept, the very form itself is all that really matters.

Most of the people around here look up to the people in the north. I’m in awe of what they’ve pulled off. I never thought the AI-LEP systems could be used this way. I only dreamed someday it would be possible.

"Can you describe a little about what those systems are and how they work? Without revealing anything too proprietary?" Yuni coaxes Sam further.

Sure. Artificially Intelligent Logistical Export Planning systems: these are hyper intelligent machine learning algorithms that monitor and manage networks. I engineered and patented them with my team. We pioneered the research. I never went public with all the findings or the updated versions. The A.I.-LEP systems work by feeding data into a customized algorithmic node network, ask it questions, and it exports answers and plans for implementation. The servers must be set up and customized properly, and that’s the hard part. But when done properly, the answers may include action plans and steps to reach specific goals as you've defined them, or it may suggest changes to make other systems and/or networks gain efficiencies. These other ‘networks’ could be neighborhoods, communities, large groups, cities, committees, or states at large. It is the most powerful A.I. system in the world. But an oracle is only as powerful as the questions you ask it.

So anyway, trade and the delivery of goods are handled at armed checkpoints. They pay in clean water, or clean $100 US bills. Cash is still king in the wild west. Water is his priest. Nobody seems able to get in or out, unless perhaps you look the part. There are designated liaisons from each tribe, typically the chief or an elder with entourage, and only they are allowed to travel outside the checkpoints into the country at large.

The UTN stretches wide and vast. It runs in line above the I-40 interstate, following about three to seven miles north along the rail tracks. All the way from outside of Kingman to almost Albuquerque. It encompasses the greater four-corners area. A southwestern chunk of Colorado, a fair slice of southeastern Utah, a swath of northern Arizona, and the northwestern triangle of New Mexico up into the southern Rocky Mountains. Between all these lands, they control over 40,120 square miles of earth.

All the small highways and roads exiting off of the main interstates are relentlessly maintained with checkpoints and gates; always manned by a large company of UTWA with armaments. They strategically blew up a handful of bridges and roads on specific routes north. This way they don’t have to patrol or maintain every corridor.

Their logistical organization and their action plan is incredible. Like I said, their execution of the plan is even more incredible...” Sam shrugs as he trails off, done with his stream of thought.

“So, there you go. That's about it. I’m just about ready for tomorrow. Most voting members attending the meeting know about this recent history. I hope they vote to destroy that gunkwick camp up on the mesa. I hope they kill every last one of those damn—”

She cut him off. Right after collapsing the holo-capture device Yunipter questioned him with indignation, “Don’t say that shit on the holoset recordings!” She scolded him. But it was said with such familiarity.

Sam frowned and deflected his chin. Then she moved closer. He felt her warmth. They are alone and staring at each other. It was a moment they both had thought about, hoped for, even fantasized over but without ever telling. It felt like déjà vu.

Before their lips met, a two-person chorus of simultaneous words, “I’m having dej–” interrupted by the unison, then the electricity of a first kiss.

They’d never been so close, or with anyone else for so long. Skin to skin, nothing between their bodies, feeling safe, secure from any intrusion.

Next section we're back in the room with meeting still in progress...