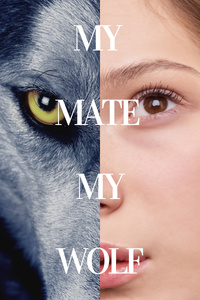 My Mate My Wolf

Lily Laine, a human born to werewolf royalty, though no fault of her own, became the shame of her family. Out of filial loyalty, her family left their ancestral home in northern Europe and moved abroad to America. In the states, her parents raised her as a human. Abused and despised by her pack and tolerated by her family, she learns upon her 18th birthday that she is betrothed to the king of all werewolf kind. Her certain future in the human world was ripped from her in one fell swoop. Now she has no choice but to mate a virtual stranger and an infamous monster.

Dimitri Grayson, born to be the next king of all werewolves, is a ruthless and cold individual. The betrayal of his mother at a young age fostered resentment and distrust of all females. When he was informed that he was betrothed to a woman who turns out to be his fated mate. Despite that, he vows never to trust her or to love her. But to his aggravation, she intrigues him, challenges him, and despite his resistance, he falls in love with her.