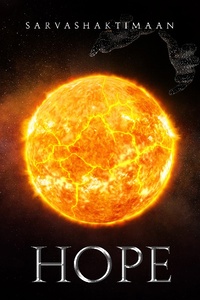 Fight the same war for countless more aeons. Shatter the Betrayer's undead legions time and time again until all was ground to dust. Because the endless legions truly never end. A hair's breath of ground in a century is enough if the war takes all of eternity.

Or to choose Hope. To cast away his memories, his power, his very life. To wager everything on a chance to prevent their eventual end or to perish trying. Because if he were to return it would be with the power necessary to finally slay what remains of the Betrayer. Of the last Aspect. Only then would all things be right.

And so, he chose the latter.

Expect:
Weak to strong quick-ish.
Powerful MC reincarnates, gradually starts regaining memories.
MC that is an actual character not a plot device.
My original unique magic system discovered along with the MC.
My original setting with mythos that have both been living rent free in my head for actual years.
Opening arc will be less fast than the following story.

Good writing (I think) and grammar.

Upload schedulle: 2 chapters a week of 3-4k words each. I want to upscale to 3 in the future.

Meant to be read in RR dark mode.

For those coming here from my other stories, this is indeed a reimagining of my older story, CotM. I say reimagining because I have changed so much it cannot be called just a rewrite. Among the major changes, MC is fundamentally different in personality and background, I have actually planned the story out and changed it almost completely and I have adjusted my mythos so it no longer has as many holes as swiss cheese.

I'm not usualy one to write 'advanced' reviews, but since this story got none and seeing how good it is, I decided to make an exception.
As of ch8, the story is well written and even better paced(first 100pages mind you, but still). There is a feel - an ambiance - to the world, which already puts this novel ahead most on RR.

The MC, a thieving teen gifted with magic, is mature and grounded in reality (as one would expect given his upbringing) but not devoid of hope and dreams (of mastering magic and whatnot). Not the most original MC ever, but he does have a personality and some depth to him (keep in mind we are only 8chapters in, but already we have a solid picture of our protagonist). Overall, a very likeable MC, who feels alive and with whom you can truly get engaged (not some carboard cutout character with their whole 'personalities' being centered around some gimmick).
Side charcaters look interesting as well, not enough has been revealed as of yet for me to tell if they will get some depth, and how important they will become.

The weakest part of the book is, at least to me, the prologue.

It is spoil-ery  but in a way that is so remote from the actual story that I don't know how to feel about it (kinda like in re:monarch where it tells you what will happen in the far future, not exactly the case here, but I got the same vibe from it).
I should re-read it, but it felt overly dramatic in a way (big darkness then big boom, then dramatic interaction followed by even more dramatic interaction).
I think later on (I'd rather you focus on giving me more chapters) you should revisit it (though maybe it's just me and people will love it :p).
I took .5 star off of style for it (and also cuz a full 5 star review looks fake XD)
I gave it back cuz the story keeps getting better and the pacing is insane.

So yeah, if you read this and don't know wether to give this story a try, I definitely recommend you do (the story is far better then the prologue, so just keep reading ;) )

Reviewed at: Intermission: Calm after the storm

Very good story, the first arc that's been written is very well structured with basically no filler and shows the beginnings of a complex magical world with layered characters each striving to achieve their own goals.

I am a sucker for found family themes and that feeling is really present with the tears and I thought their interactions were endearing.

What we have seen so far of the magic system is fascinating and I'm already looking forward to learning more in the next arc.

And in spite of all of this the fights scenes might just be my favourite part of the novel which is great as a lot of great authors struggle to make those feel satisfying.

All in all great novel, I'd strongly recommend giving it a read

You gotta read it

Reviewed at: Intermission: Calm after the storm

Really love this book . the characters ,the lore ,the magic its all amazing.

I don't really check for grammar but nothing has spoiled my immersion so its all good to me. I'm really looking forward to where the story will be taking its mc and hopefully I'll be following the journey till the end.

Unless I die, you never know.

Nothing But the Best

Reviewed at: Intermission: There will be a reckoning

From the instant I first read CotM I knew I'd found something truly unique and engaging unlike literally millions of other words in many to the novels I have read before. The stylistic choices and vision are some of the best I think I have ever read with the depth of well defined concepts without being overcomplicated or confusing. The only details I could convinceably find fault in have been ironed out as the only one that remains is the ever present one of every novel: it will eventually come to an end, though even that will likely be an experience to remember for year as to come. Now in it's final form, free if the hiccups of its past, Hope truly inspires the feeling it's name would suggest spurring me forward into where this journey is leading me. The care and attention to detail in the world building, the master class in foreshadowing and the complex yet approachable magic system, and a focus on the true essence of genre are nigh unparalleled. In my experience, rare is it that such a work be undertaken such as this one with it's realistic characters, technically sound writing, beautifully conceptualized story, and truly wonderful personal style. Truly a 5 star novel in every sense that I am qualified to give as a lifelong heavily obsessive reader!

Reviewed at: Intermission: There will be a reckoning

I can't put this down. Read it in one go, gulp it like a champion. I'm hoping for more. Actually, two stories that I'm really looking forward to every week.

Can't believe I found a real gem in Royal Road.

So thank you, author. More power, and kept it coming.

Authour, I Bow To You

Reviewed at: 1.8 The divide between riches and starvation

This is now one of the best books I've ever read, not on Rr, but everything and I read a shit ton. Everything about this book is excellent, the writing is well executed, able to convey the effects of the magic which I can write a whole essay about. The characters are fleshed out fully, the plot hits the ground running from the first word. I love this and recommend to anyone and everyone. This book will not disappoint

Must Read - One of a kind story

This is the first advanced review I've every written, but I feel like this story deserves it.

The style of this story is very unique and not like any other novels I have seen on RR. It really pulls you in. The magic system is extremely unique and interesting, as is the world that has been built.

This is the only area where I have any complaints. Many sentences seem overly convoluted for absolutely no reason. Some sentences have like 6 commas in them when they could be split up easily. Many times, commas are missing entirely from sentences. This makes it a bit hard, for me personally, to read the novel; it is still very enjoyable, however.

As I said, the story is very intriguing. The world-building combined with the plot has me on the edge of my seat constantly. The pacing of the story is incredible as well.

The characters are top-notch. Just like the author is great at world-building, he is also great at building the personalities and intricacies of his characters. I would be legitimately upset if a character perished; they are not there just to help the main character. They have their own desires and goals.

If you are reading this, you should definitely give this story a shot. The only downside is that the author puts out chapters relatively inconsistently but I, personally, will just wait until a large backlog appears and read it all at once.

Reviewed at: 1.15 Wisdom of the Old Fowl

From a technical standpoint this story is well written, grammatically proper, and decently paced. Storywise, so far the plot is engaging and cohesive, the characters are interesting, and world seems to have most of its detail outlined and filled out enough to feel substantive.

Honestly, the quality of this work is such that I'm already mentally tempted to grade this story more as a bookstore paperback, than as a random web novel that's a work in progress.

The only critiques I have at the moment is that world itself could probably use a little more description and time spent to give it a little more personality (which it has, but isn't to a living breathing feel yet), and the prologue might need a better way to be more seamlessly integrated or spread out in bits throughout the story (it feels like a bit of an exposition dump, and becomes slightly jarring when the story radically shifts itself).

This is a high quality find on royal road, that I could see being polished and ending up on YA or fantasy catalogues and bookshelves.