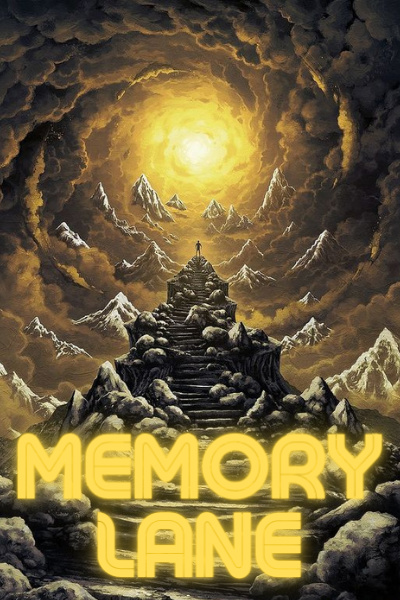 In the depths of a vast forest, buried beneath an endless mass of crowded and overgrown foliage, is the city of gold. Tera, a city carved from obsidian and marble by the only people capable of such a feat.

Countless immortals who have absorbed the essence of the world and strengthened themselves to an unfathomable degree live there.

It is said that behind Tera’s mighty walls, gold flows like water and people never die, never age, never get sick, never grow hungry. And there is more than a little truth to these claims.

Over the years, more than a few brave explorers, daring adventurers or desperate fools have attempted to brave the endless forest in the hopes of reaching the city of gold and walking amongst the immortals on the streets of marble and Jade.

All who tried failed. Not that it would have mattered. Even if they had made it to Tera, the great gates carved from the trunk of a tree as old as the world itself would not have opened for them. Those doors only open for a select few.

Tera itself is a sprawling mass of gold and marble, every street corner is decorated with a fantastical statue, dedicated to an immortal who performed great deeds or was exceptionally powerful.

The immortals of Tera look down on the world from the mighty hilltop that is absolute strength and prosperity, they laugh in the face of death and spit on those that speak of fate.

These immortals spend their time in meditation, absorbing the essence of nature to strengthen their bodies and surpass the limits of humanity.

Just outside the city, buried in the shadow of Tera’s towering walls, are the slums where those that tend to the immortal’s crops and daily needs live. Unable to escape into the forest, trapped for the entirety of their fleeting lives.

Those unlucky enough to be born incapable of cultivating essence, are not deemed worthy of living in the city. And those born within the city unable to cultivate are kicked out.

Perhaps it is misleading to say that those born unable to cultivate are unlucky. Because the truth is the opposite, most people are born like this. It would be like saying everyone who didn’t win the lottery was unlucky when in reality, the person who won it was just supremely lucky.

For everyone else, they must simply be content with their normal lives, living a short while before moving on to their next life. Rolling the ultimate dice of reincarnation and seeing what the next hand they will be dealt might be.

And, today, as the men toil in the fields outside of Tera, desperately trying to collect their crops before the winter frost hits, two children are born.

In the middle ring of the city, where only the rich could afford to live, a child entered the world. When she was born, the girl didn’t cry or scream, she simply opened her big green eyes and stared, unblinking at her mother who had set her down by her side on a bed carved from cold unfeeling stone.

The girl lifted her head and looked away from her mother, searching the quiet marble room for something, anything. Her eyes seemed to flash with intelligence uncharacteristic of her age.

The mother of the child sighed and stood up, seemingly recovered entirely from the birth. She tutted and carried the child in her arms to the door, pushing it open and allowing golden light to stream into the stuffy room.

Outside the door, an old woman was waiting anxiously with blankets in one hand and a glowing glass vial of green liquid in the other.

The old woman traded the child for the vial of liquid, which the mother promptly drank.

“M-My lady, what would you name your child?” Asked the old woman, her wrinkled face creasing as she smiled down at the cute little girl.

The mother pinched her brow and frowned.

“That was meant to be his father’s job but clearly, that will no longer be possible. Ah well, I’m sure you will be better at things like this Mary,” said the woman with a sigh.

“Surely you can’t be serious my lady? This is your child we are talking about,” cried the old woman, aghast.

The mother pinched her brow and frowned, "Yes, well, at the moment, she is nothing nothing but an inconvenience," The woman said coldly.

Mary, gasped in horror, "My Lady, I know you have to go into secluded cultivation soon but this is..."

Mary took a deep shaky breath, "Could you at least give her a name?" She pleaded.

The mother squinted into the child's big green eyes, thinking long and hard about it. "Since she won't have a father or mother, how about Solus?"

"No, as in, Alone," The woman coldly before striding out of the room and the child's life.

Outside the walls of the very city, Solus was born in, Beneath the patchy roof of a worn-down shack that had been repaired so many times none of the original material remained anymore. A woman lay panting on a bed of straw covered by a rough woollen blanket.

Her face was beat red from the strain and her clothes were drenched in sweat. Finally, with one last push and a string of vicious curse words, a cheer erupted in the little shack.

“You did it, Sarah!” Cried an elderly woman with a crooked back.

Crowded around her were over ten people, beaming smiles on their weather-beaten faces. They were grinning like idiots as they stared enraptured at a crying baby boy with dark blue eyes.

After a brief moment of crying, the baby boy stopped and stared at all of the people crowded around him and his mother with intense curiosity.

“Ah look at him! He’s staring right at me,” shouted a woman with streaks of grey in her black hair.

“No, you idiot, he’s obviously looking at me,” snapped a stout man with a red face.

Immediately, the room burst into noise as everyone began chattering about the newly born child.

“Well, I think we should name him Speccy after his dad,” said an old man with a stoic face.

“What are you even saying, Theo? Does he even need glasses? I'm sure he will have perfect vision,” said a shrill-voiced woman with obvious disdain.

“It was just a suggestion,” the old man said sheepishly.

Before the old man could be embarrassed further, the mother of the child spoke up, “Would everyone please calm down, you’ll scare him,” she said while nodding her head towards the baby who was swaddled in a bundle of rough woollen blankets.

Despite the noise, the baby was staring out curiously at all the strange new faces around him. He seemed to be taking everything in his stride.

“I reckon he’s a smart one Sarah, mark my words, this kid will be a clever little bastard.” said an old woman with patchy silver hair.

“He’s certainly curious that’s for sure, look at the way he’s staring at us, it’s almost like he can understand what we are saying,” said the stout, red-faced man, leaning his big red face down towards the little boy.

The mother gazed down lovingly at the baby who was swaddled in blankets and after a moment’s thought, she raised her head and declared proudly.

“This boy has a great future ahead of him and I think I must keep him humble, or he’ll get too full of himself. Therefore, I will name him Fool,” By the end of the sentence, she could barely hide her wicked grin.

Everyone burst out laughing and the baby seemed to sense something was wrong from their reactions, his expression becoming apprehensive and nervous.

“That’s a good one Sarah,” Said the old man with the stoic face while grinning, “On the one hand, if he is smart, the name will keep him humble and if he isn’t then it will be accurate,”

“Exactly my thinking Theo,” said Sarah, The Fool’s mother with a big grin.

It might seem like this was a cruel joke played on The Fool by his mother, but the truth is, names outside the city don’t hold much weight. When paper is a precious resource, who would bother making something like an ID or even learning to write.

Usually, people just call you a nickname based on some odd trait, The Fool’s father was called Speccy, after all, even if you had asked him for his real name, he probably couldn’t tell you. After so many years, he would have forgotten it.

As for The Fool, over the years, he would pick up many nicknames, some good and some bad. Some would strike fear into the hearts of Gods, others would make children giggle. But all of that is still to come, for now, he is just The Fool

Ahead of him lies a long road of struggling and victory, anguish and triumph. While Solus will tread the path of immortals, The Fool will walk a different one altogether.

I thought I would try and clear up any confusion in this note so that you can get a better idea of what this story will be about.

This story is my attempt to pay homage to the thing that got me into web novels in the first place, Wuxia stories. I want to try and capture some of the magic that made me fall in love with those stories while trying to cut out some of the tired tropes that plague many of the novels I read now.

As such, I am attempting to write a western-style wuxia novel without any of the young master face slapping and jade beauties that I see so often.

Also, don't expect this to be 4 million chapters long because I couldn't be bothered writing that. I am aiming for somewhere in the 200s of chapters.

I hope you enjoy:)