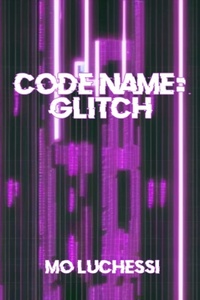 Major Xiomar Haydn is a damn good soldier, and an even better mechanic, although he does have a tendency to get himself thrown into the stockades for getting on the general's bad side.

To keep him busy and out of trouble, Xiomar is assigned the task of repairing an old Mech that hasn't been touched in fifteen years.

He knows he can fix it--he's Chief Mechanic.

What he doesn't know, however, is that GLITCH has a mind of its own. Literally.

In the midst of a war between two countries, Xiomar and his newly-repaired Mech are caught in the middle. The enemy is trying to obtain GLITCH's technology... the power to give their own Mechs sentience and dominate the world.

Xiomar finds himself pondering the morality of forcing a sentient being to fight on his behalf, and what that means for him as a dutiful soldier.

With the future filled with uncertainty, Xiomar and GLITCH are certain of one thing--no one's going down without a fight.

More need to read this

The Mc is a mechanic given a daunting and possibly life threatening task. The story is written around a military life but differs with most stories by making killing nearly impossible for the mc as it's hard written into the mech. Definitely a different way to write!

So as there are only 5 chapters out right now, This will obviously be a first impression!

First I'd like to welcome Mo to Royal Road, I hope you enjoy your stay!

Glitch is about Major Xiomar Haydn being assigned to fix and pilot GLITCH, a mysterious AI controlled mech with a checkard past. Xio must delve into the root of the AI to find out how to repair and control GLITCH before it kills him

The story reads with the angst of 90s teen drama that takes place in the Army and the coky piloting antics of Top Gun, but the soul of Big Hero 6 or Short Circuit. So you have this young guy (or kid, since he acts like a 16 year old all the time) and his misunderstood robot vs the military complex. I'm sure there will be more mystery and excitment in future chapters, but right now its Degrassi meets Top Gun meets Big Hero 6.

The style here relies on heavy dialogue to tell its story, very little naration and prose, but I love dialogue in stories and implement it as much as possible in my own books. Xio's personality really shines in his dialogue and everything about him you learn through dialogue. So if Mo wishes to tell the entire story through Dialogue, at least they are good at it =)

Nothing that sticks out here, so Mo's good to go!

Xiomar is supposed to be a 24 year old Major in the Army. He acts like a 16 year old snot nosed angsty teenager.

All of the characters are officers in the military, they all act like they are teenagers in high school. If you are going into this as a veteran and expected for the officers have enough maturity to lead their own men, you're going to need to shut off your brain.

Over all I think this is going to be a fun read of someone that loves sci fi and 2000's toonami on anime. Zoids, Gundam, Outlaw Star, Evangeleon!

This clearly a love letter to the classic anime Mo might have grown up with  4.5/5 stars for me! Connect the Dyno-Therms, pop in your synthe wave cassette, and punch it to the stars!