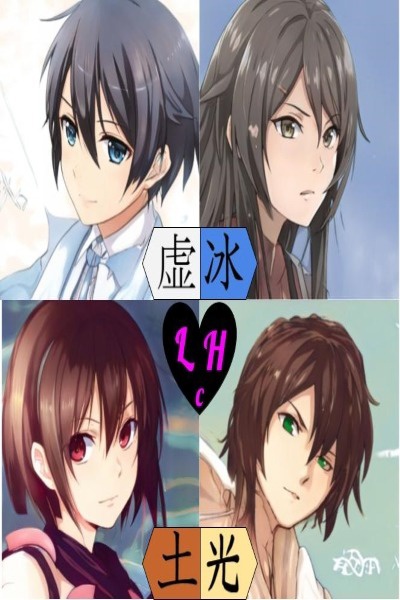 Let’s just get this out of the way… I am not proud of myself.

Why you may ask…

But can you put a price on doing what you love?

Actually, let's just cut the crap! We all know why people play eroge games. Especially those specially licensed uncensored versions we can get because we live overseas! Sure the dubbing can be hit or miss but really? All we care about is whether or not we can play the game with one hand and… comb our hair with the other or read a book or do our taxes with the other. Lots of multitasking to be had! An invaluable skill to do two things at once!

It's just a shame I never brush my hair, need two hands to read a book, and pay an actual professional to do my taxes for me.

Again… I’m not proud of myself.

So we’ve broken down the first reason ‘why’ eroge games are so popular. Not that all of them are remotely the same. Simulations, strategy, visual novels, and even action rpgs. Just about every genre has some sort of eroge attached to it – foreign or domestic. There's a market for it no matter where you live and where you live would likely have a… certain specific eroge game. One so popular that it’s sold more copies than any other eroge game combined.

Not just one, but three. A game so popular that it spawned its own continuing series where the players are rewarded for achieving 100% completion rate on the previous game. A series unlike any other where the rewards include actual unlockable characters, storylines, and plot points. Each succeeding game could be two to three times as long to finish because of that fact! It’s brilliant marketing at its finest!

But beyond the monetary sales the popularity of the series comes down to an almost unbelievable notion; A feat many eroge games until now had only dared to attempt before now! None coming close to succeeding! Just the very idea of it made many scoff! It was like saying pigs would fly and it would start raining cats! Yes! I speak of the very notion that there really could be an eroge game with an actual story! A story worth playing and enjoying beyond the games intended – Pfft! I’m sorry! I – I Just can’t!

Ya I’m bullshitting you all. Oh sure all other stuff is true. It’s a highly rated game with a complex story but… it’s a flipping porn game! Come on! You all read the title! It’s called Love Hero Chronicles! How original and groundbreaking did you think the story was going to be? There is a generic black hair/eyes looking protagonist with some mysterious background that gets revealed as you progress through the games. Lewd situations with more female characters than I could rightly name with differences largely being chopped up to hair color and breast size. Oh ya, you’ll love this! They essentially took a janky alternate universe Japan as the setting, painted fantasy magic on top of it and put in some shadowy organization trying to rule over the world… blah blah blah!

It’s lazy writing at its finest.

Still. I’m an adult male… single, obviously. I have a stable job and the right to spend my hard earned money how I like. So while not typically a pursuer of these typical types of games, I got hooked on this particular one when my friend accidentally left it at my place. While generic in story I do typically like to want to finish a story all the way through. Finished the first, went out and bought the other two and played and got a 100% completion rate on all three.

Once again, not proud but there were crumbs of accomplishment kneaded into the shame.

But of course… There was an announcement by the company who made the game. Where there were once three, a fourth was in the works. Supposedly it was the final conclusion to this 300+ hour slog I had already dedicated more than twice that amount to. A wrap up and the reveal of the main characters hidden origin powers, why the bad guys did what they did, the graduation of the protagonist from the magical academy he attends, and whom among the plethora of thirsty female characters he’ll settle down with.

Oh man was I excited to play it! Counting down the days till there was just fifty left! It was lined up with a long weekend too. I had it pre-ordered the moment it became a available and bought a new computer to play it on the highest graphics. I was even planning to replay the older games so that my preferred choices were set and my favorite heroines were maxed out.

What I wouldn’t give to return to that point.

My last memory before I began living in a world of my own shame started the moment I rebooted up the first game again. How ironic and painful life can be sometimes. Even in the most logic-defying ways there are moments that can really show that reality is just a twisted construct. That the things we love – both obscene and pure – can suddenly turn to a waking nightmare.

Fifty days. Just fifty. That’s how long I would have gotten to see the climatic end of the Love Hero Chronicles series. If I could promise a definitive number till I get to see the ending of this godforsaken story I would be lying. By a rough estimate that time was now twenty two hundred. A sentence that would now force me into going through the entire series, front to back. But the biggest question on my mind – gnawing at my insides – has been whether or not I’ll reach the end. With the ever looming terror of not even knowing if end of the story means that I can go back at all.

Perhaps… being stuck here even after the game ends.

So for one last time… I’m not proud of myself. In a crude imaginary world meant to satisfy my libido I now have to stare it down with eyes that are not my own, fight it with a body not my own, and potentially die with a life that I had no wish to be living in the first place. So what now? Well, if I’m living in a world of shame, it stands to reason that perhaps I can raise the bar with some real world values.

HA! Won’t that be ironic!