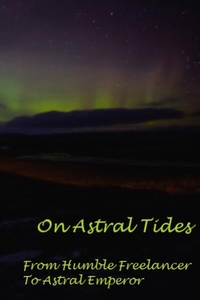 On Astral Tides: From Humble Freelancer To Astral Emperor

Remove Ads
Previous Chapter
Next Chapter
A note from ShipTeaser

I'm throwing in this side chapter, as Reiji is currently tangental to the main plot and its a shorter one. Enjoy.

“Ugh, working on a Saturday, and so early… there should be labour laws against this sort of abuse…” Officer Usui yawned, rubbing at her tired eyes.

Reiji shook his head. Looking at his unruly subordinate he bit down on what he wanted to say. No point being too harsh. Her personality is what it is. I took on the role of mentoring her, so I’ll do the best I can. I could kill for a smoke though… “I’m afraid that the job of a Detective is not nine to five, Monday to Friday. Crime doesn’t wait for normal working hours. I’m sure they should have covered that during your training?”

“They did.” She agreed. “I can’t say I was overjoyed then. But more to the point…” she gestured around her. “Why us? This area is out of our jurisdiction, isn’t it? Shouldn’t someone from this ward be handing the case?”

Tch, sharp as ever. “Indeed, you are correct, Officer Usui. This is out of our ward. However, the case has some… peculiarities that caught my interest. Moreover, it is the second such case over the last week or so. The first was handled before I was made aware of it, so I was… eager, shall we say, to take a closer look at this. Hence why we are here bright and early on this Saturday morning.”

“If I’d have known, I wouldn’t have stayed up so late…” she yawned again. “But…” she frowned, her eyes sharp as she gazed around the untouched bedroom of the victim, grimacing at some of the items on display. “What about the death of this… ugh… gentleman… has caught your eye?”

Nice work on not saying something unflattering about the deceased there, Officer. You never know who is listening. Looking at the rather overweight corpse on the bed, he used his gloved hands to shift the body a little, rolling the large man onto his side. Seeing what he had been clinging to, officer Usui turned away, muttering under her breath.

So this is what people are into these days. Who knew? Ignoring the long hugging pillow with a garish anime character with clothes in disarray printed on it, he gestured to the bloodstained sweatshirt the victim was wearing. It was sodden, blood having soaked through to the mattress below, yet the material was intact. “Take a closer look and tell me what you see, if you would.”

Pursing her lips disapprovingly, Officer Usui pulled on a pair of gloves of her own. Gingerly touching the side of the man she frowned, not having found what she expected. Steeling herself, she rolled up the sweatshirt, exposing the pale torso of the overweight man.

“Looks like some sort of bladed weapon. Four long cuts, into the internal organs. Doesn’t look like a knife though, the cuts are too ragged, not clean… and…” she paused. “The fabric of his clothes wasn’t damaged at all. Was his shirt pulled up before the wounds were inflicted, or…” she looked around at the room, her face cold as she took in figurines, posters and various other items that most girls would find repulsive. “… he’s a lump of lar… umm, he is a bigger male. With no signs of struggle it would mean he was either unconscious, or the cuts were dealt through the cloth…”

“Well reasoned.” He approved. “Initial assessment is that he was alive when the wounds were dealt, judging by the blood loss. As for the cloth not being damaged, I’ve seen it before, sharp objects cutting a body without damaging fabric, but it isn’t common, and with wounds that… irregular, I have my doubts. Still…” removing his gloves he produced a report from his coat. Officer Usui likewise removed her gloves and took it, glancing through it quickly.

“Oh… seriously.” She exclaimed. “All doors and windows were locked from the inside, with no signs of any break-in’s? No fingerprints other than the victim’s anywhere. Nothing appears taken either… what is this, a murder-mystery novel? Locked room murders are so cliché.”

“Correct. Now, what did they teach you at Officer School about crimes like these?” Your grades were excellent, I know you know this…

“Usually, if there is no way a perp can get in, there IS no perp. Suicide.” She pursed her lips again, looking pensive. “But in this case… no, no way. I can’t see this kind of person killing themselves so clumsily. I know that if he pulled up the cloth to get a better angle at his body with a blade it would make sense but… these are not the usual hesitation wounds… each is as deep at the last.” She looked closer. “No way this otaku could muster up the courage to inflict four fatal wounds, to say nothing of the pain… shakes could make the blows ragged like this, but still, he would be losing blood and strength by the third cut… but most of all…” she looked back at him. “The suicide weapon can’t just vanish. From the blood he was killed on the spot, so no time to dispose of the weapon out of a window or down the toilet…”

“Good job, Officer. That is precisely what I thought.” He approved. “So, where does that leave us?”

“To be honest, I’m stumped. If he didn’t commit suicide, then it must be murder. But the murderer is either a ghost or some genius.”

“Exactly. The first victim was found dead with similarly unexplained wounds in his apartment. They were a forty year old male, a reasonably successful manager at a food import company. His window was open and large enough to fit through, so it is suspected that the killer would have escaped through there, but no witnesses reported anything. Still, this time that doesn’t seem to be possible…”

“But what would be the connection between a successful businessman and this… one.” Officer Usui pondered. “Serial killers, if that is what we are dealing with, they seldom target at random. Studies show there should be a link.”

“I’ve asked some colleagues at the Administration Bureau to dig up any links they can, and also to the case with the thugs who were hospitalised.”

“So that’s your angle!” Officer Usui declared. “Now it makes sense why you dragged me out here at the crack of dawn. But…” she gazed at him frostily. “I don’t see the connection between the cases. The MO is totally different, and it is a big leap from beating down a few punks who had it coming and multiple murders.”

Reiji winced. Beating down a few punks? A rather… unprofessional way to put it. Still, she’s not wrong… damn, I need a cigarrete. We should wrap this up… “Look at you, Officer Usui. MO indeed. You are right in that they appear very different crimes, but both… feature rather strange wounds with no explainable cause.”

“Ugh, I told you to stop speaking to me so formally. It makes my skin crawl.” She complained.

“And as I told you, formality and hierarchy is vital to a successful working relationship and properly run force. Now onto the wounds themselves. The first victim, the businessman… most of the wounds looked like this, some sort of blade wounds. Yet on investigation they ended up being closer to claw wounds, such as by a bear. Of course this is impossible, and while it may be that someone has knives shaped like bear claws, they would be custom made, and likely traceable, right? These are definitely caused by the same sort of weapon.”

“Yes, but…” Officer Usui protested. “That is nothing like the injuries those street punks received. Those wounds were unexplainable, but these have one, even if it makes no sense, right? You seem to be stretching things to try and connect the cases. Maybe you need some time off before you go crazy?”

Cheeky brat. Even my daughters wouldn’t speak to me like that. “I would appreciate it if you maintained proper working respect, Officer Usui. I am a tolerant man, but you’ll never get ahead in the force unless you learn to keep proper manners.”

“I’ll bear it in mind.” She agreed, stifling a sigh. “So, can you explain why you aren’t obsessing over that case and making leaps of logic with no basis?”

You aren’t bearing it in mind at all! “Firstly, the timing is suspicious. These deaths occurred soon after the incident with the thugs. Before that I couldn’t find any record of incidents where the injuries were attributed to impossible implements. Secondly, the ease in which the attackers left no clues. There was no evidence in the first clash despite there being multiple surviving witnesses and it taking place in a public area, albeit one off the beaten track. And these two murders are even worse, with not a speck of evidence of any perp. Thirdly, and this is the most important…” he paused for effect. “Intuition. When you have been doing the job as long as I have, you learn to spot patterns subconsciously, and my mind is telling me they are related somehow.”

“Intuition. Riiiiiiiight. Let me make a note of that.” She replied. “So, what you are saying is we are looking for a magical clawed bear who can pass through walls, cause mysterious wounds and terrify victims to silence? Shouldn’t be hard to spot in a crowd.”

When you put it like that, it does seem a bit stupid… “Even if it isn’t the same perp, there is definitely a connection. We’ll have to see what my contacts in the Bureau turn up, but until then we need to keep our eyes and ears open. Hopefully there won’t be any more unexplained deaths…”

All right, time to leave. We’ve done all we can here… but what is the connection? There must be something I am overlooking…