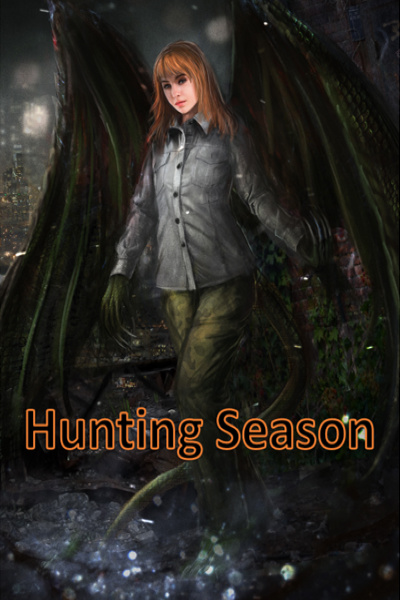 Olivia has awoken to a strange world. With mere scraps of memories and a warped, unfamiliar body, she must find help to survive. However, a vast criminal syndicate, an urban legend, and more all threaten to snuff her out before she can find her footing.

This is the second draft of an older, much longer running serial on my own site. Updates Wednesday nights.

One of my favorite stories

If you like superhero stories this is a great one. But don't let that deter you if you're ambivalent towards superhero stories, the story is very unique and actually a very good melding of urban fantasy and superheroes. As for actual story basics its an underdog fighting against the man story, which i absolutely love. The world building is very interesting containing an alternate history of the Aztec empire still existing.

This is a rewrite of a (unfinished) story the author wrote a while ago on their WordPress site, and I am really excited to see where it eventually goes. The grammar was very good on the original and it's just as good if not better on the rewrite.

Each character is unique with a distinctive personality that feels genuine. And the actions the characters take is driven by that personality.

The main character is very strong/ has strong powers, but is very insecure and wanting to fit in and have people like her which is absolutely adorable. This contrasts with the fact that society sees her (or her kind) as mindless brutes/ monsters/ dangers to society (kind of like the incredible hulk) and you get a very interesting dichotomy.

An old favorite, now on RoyalRoad

Wow! How time flies! I remember reading this novel on a WordPress site (what feels like) years ago, after it popped up on webfictionguide. I really enjoyed it there and I can say any readers on Royal road are in for a wild ride!

Without any spoilers, this was an excellent read even in its unpolished form and I don't think you will be disappointed now.

I’m bad at naming things but like the book.

Reviewed at: 12: State of Mind

So far the story is really good we got some world building which is nice and the text isn't bland like a lot of other books.

thare is also foreshadowing with POVs, in some of the conversations and I'm descriptions.

I also love the characters so far.

for those wondering yes the MC is indeed not-human or other human like races.

A very interesting take on the superhero genre, the powers are interesting and the world building is intriguing. I'm looking forward to where this story is going. Plus who doesn't love an amnesiac dragon girl protagonist. I'd recommend this to anyone who is a fan of superheroes or who wants a break from lit-rpg's