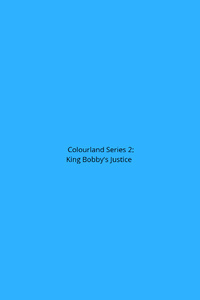 " The attacks that use are good but they are not enough " said Rourke.

" Challenger needs to fight " said Draco. " If not, there is no chance "

" You will not succeed "

" We will, we'll do it for bakers " said Artby. " I'll always fight for a baker and bakeries always "

" Crayon and his friends will be taken down " said Draco.

Artby was hit straight head on, Crayon then used the Quintuple Light Strike and he hit Draco with it.

Warbler then used the Ultimate Wind Blast while Dove used her own and the blasts then hit Rourke.

Rourke got up and he then used his Wind Implosion while Colouruke used his Sea Implosion. The implosions collided with each other. Draco then used his Ultimate Wind Blast and he hit Dove with it.

" Warbler, you will regret it " said Rourke. " We gave you a chance to fight in the war with your brother "

" You ruined that chance Warbler, with you failing to go to war " said Draco. " Do you have any idea how he feels right now "

" You could have fought together in the war as brothers " said Draco.

" Warbler means so much to the advisors, he is going to fight " said Rourke.

" He is fighting " said Draco.

" No friend will get in the way of this "

" Now it is your end " said Rourke. " You will regret not going to war against Numeria for sure "

" Numerians must be fought against "

Draco and Rourke combined their Tenfold Wind Strikes into the Times Twenty Wind Strike blasting down Dove and defeating her.

" Now that is the price you must pay " said Draco.

" There is no stopping this "

" Now, it's time for the flour to do its trick " said Artby.

" Flour has done wonders when I fight " said Artby.

" I have limited the lack of flour "

" I really doubt that " said Draco.

" Bakeries have always wanted me to fight for their bakers " said Artby. " They put special flour in the bread to make be a better fighter "

" Bakers show that they care a lot "

" Artby, I know you took some hits in the fight but flour ? " asked Rourke.

" Rourke, bakers do so much for me " said Artby.

" Did you know that the bread makes us better ? "

" Uh, well I think that is not just flour " said Crayon.

" Hahahahahaha " said Rourke and Draco. " Okay, I really think you are trying to mess with us "

" No, I'm better thanks to bread now " said Artby.

" You cannot stop us this way " said Rourke.

" We are not falling for this "

" Yes, we will not be taken down by any of this " said Draco.

" They like that from their customers so much, I love bakers " said Artby.

" You won't be for much longer " said Rourke.

" Yes, Artby will be defeated so no more for him " said Draco.

" Baking can change us " said Artby.

" Baking is so wonderful "

" We must win this fight for the king "

After that Colouruke used his Sea Implosion while Warbler used his Wind Implosion, Draco and Rourke countered with their own Wind Implosions. The attacks collided with each other. They all got up, Rourke then hit down Artby with his Tenfold Wind Strike.

" Artby you are finished " said Rourke.

" I'm not dying, the bakeries will truly be hurt " said Artby.

" Artby, you chose to fight us instead of face the justice that the king wanted " said Rourke.

" When you fight advisors of the king, this is going to happen "

" You made this decision, if you wanted more bread you would have fought in the war " said Draco. " You would have gotten paid to fight and with advisors fighting in the war you wouldn't have died at all "

" This mistake will cost everything "

" You know that for sure ? " asked Colouruke.

" We do, the king has said that you would have not died in the war " said Rourke.

" He doesn't think that they will die "

" Anyways we should continue to fight "

" Now, you must really understand how it is going to be " said Rourke.

" Colouruke, you are next " said Draco.

" King Bobby is having justice no matter what happens "

" We would have preferred to have you face judgement but this will have to do " said Rourke.

" The king will get what he wants "

" We will continue fighting " said Colourea.

" Yes, we will give it everything " said Crayon.

Rourke and Draco aimed their Ultimate Wind Bombs while Crayon used his Wind Implosion and Colouruke used his Ultimate Sea Bomb. The attacks hit each other and they collided. Colouruke was getting near the end.

" Colouruke you are finished " said Rourke.

" Now it will be down to the strongest three " said Draco.

" Well you are a bit stronger than we thought " said Draco.

" We will still be able to win for the king "

Rourke then grabbed Colourea while Draco then kicked her to the ground. Crayon tried to get in the way but Rourke punched him.

Draco then was charging up for the Wind Implosion, Rourke then kept moving around Crayon and Warbler which made it difficult to stop Draco.

Draco launched the attack, Crayon attempted to try to take the hit. Rourke then punched him.

" Warbler won't be able to take it " said Crayon.

" I like the guy more than the rest of you but he must not side with any of you " said Rourke.

The attack directly hit Colourea, Colourea was hardly able to move. Rourke then went to finish her off with his Tenfold Wind Strike but Warbler used his Ultimate Wind Blast to counter. At this point Rourke was struggling while Colourea and Warbler were very near the end.

" Listen to me Crayon " said Draco. " There is something you must know "

" Well he has been gone for so long now " said Crayon.

" Our warriors have found people that used to work for him " said Draco. " He is not dead "

" Regardless if he is alive or not, he is still missing " said Crayon. " Challenger is going to continue being the leader of Colourland regardless "

Draco and Rourke grabbed land then threw him down. After that Draco then was charging his Ultimate Wind Blast and aimed it towards Colourea, Crayon used his Light Implosion. The attacks hit their targets.

" Haha " said Draco. " Challenger failed as a leader to get you to fight "

King Bobby would have not done that " said Draco.

" He knows that you need to fight, he would have made sure you fought "

" But we don't want to fight, it has nothing to do with Challenger " said Crayon.

" We told you that you would not die in the war " said Draco. " Lord Grackle wants the resources that Numeria has "

" These resources are great "

" But what does that have to do with anything " said Crayon.

" It makes Bird's Isle a nicer place Crayon, the king likes it that way " said Draco.

" If Bird's Isle has better resources there will be more money and food " said Rourke. " Crayon are you really against that ?

" You cannot be against Bird's Isle eating "

" I am not against that but taking everything from the Numerians ? " asked Crayon.

" Not to mention what else could happen because of that "

" That is what Lord Grackle has wanted "

" Whether he wants these resources or not then you are on our own " said Crayon.

Crayon got ready with his Wind Implosion while Rourke used his. The attacks collided with each other. Rourke was struggling a lot same with Warbler.

Rourke and Warbler then rushed for each other but Rourke was able to get Warbler and punch him to the ground while Draco kicked him.

Crayon then aimed for Rourke and directly hit him with the Ultimate Wind Blast. Rourke and Warbler were defeated and it was just Draco.

" Warbler is done, he has improved but it was not enough " said Draco.

" Challenger has confidence in us, he has shown to be right " said Crayon.

" We have trained hard "

" We will continue " said Draco.

" Now for my new technique "

Crayon launched his Light Implosion but Draco launched the Ultimate Sky Blast. Both of them were hit by it.

" Now you will see my other Sky techniques " said Draco.

Draco used his Ultimate Sky Bomb and aimed it at Crayon while Crayon used his Wind Implosion. The attacks collided against each other.

" We should continue " said Crayon.

Crayon then charged up his Wind Implosion while Draco used the Sky Implosion. Both of them took damage, Crayon got up and he hit Draco with the Quintuple Light Strike.

Crayon got up and he used the Light Implosion while Draco used the Tenfold Sky Strike. The attacks collided and both of them took damage.

Crayon and Draco were approaching the end. Crayon then used his Light Implosion while Draco used his Sky Implosion. The attacks hit and both fighters took quite a bit of damage.

Both of them were seriously struggling but Crayon was able to get up first and he used the Ultimate Light Blast which was able to seal the victory.

" Nice " said Grackle. " Not to mention without Challenger fighting "

" We need to call for a hospital right away " said Challenger.

They contacted the hospital, meanwhile King Bobby and his advisors were feeling unsure about Draco and Rourke.

" Could this really be " said Curtis.

" I do not understand, Salvador wasn't the strongest but Draco and Rourke have too much skill " said King Bobby. " We are going to need to be very ruthless "

There are changes that need to be made " said Lord Grackle.

" We must get tougher on Challenger " said Blackburnian. " He has destroyed my chance at being in the war with my brother Warbler "

" I cannot forgive this "

" I will get my revenge against him, Warbler would have fought if it wasn't for him "

" Challenger has failed to live up to the expectation that Colour King previously set " said Queen Starling.

" Challenger just does not get it " said Curtis.

" The resources that Numeria has are very useful, Colour King always recognized them " said Lord Grackle.

" Why does Challenger refuse this war, it does not make sense "

" I do not know why " said Queen Starling.

" Challenger does not care about making Colourland or Bird's Isle a better country " said King Bobby. " I really hate having to say it but he has shown us that "

" Well nobody is, but Colour King was the closest to me in the sense that he understood what it meant to lead Colourland " said King Bobby.

" Our warriors will head to Bird Port and we will continue searching for Colour King in Colourland " said King Bobby. " We will stay here for the time being "

" Sounds good to me " said Blackburnian.

" Colour King will be found "

" I believe in him being alive "

The warriors were sent to Bird Port and Colourland.

Challenger and his friends checked into the hospital.