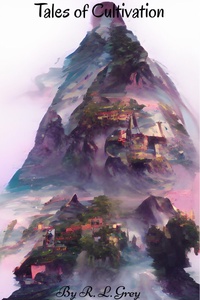 And so it begins. Thank you for picking up my book :)

“It is time for you to lead my son. There is only so much strength left in this old man’s body.”

“Father no, you still have some time left. We can fight them back, raise up some more talented disciples from the branch families and upgrade the Clan Treasure to extend your life.”

“That is wishful thinking my son, those Zhao dogs will not stop until our Wu family is wiped out and our clan destroyed. You must take the Clan Treasure from me and use its power to break through to the next stage; only then shall our Legacy survive.”

“This is an order from your Patriarch. You will do everything in your power to make sure our Wu Clan survives. Long have I prepared for my body to enter the sacred halls of our ancestors, and my soul to enter Samsara; do not let my life be the downfall of our ancestor’s work.”

Deep within the Wu family’s compound, at the peak of Mt. Serenity, an emaciated elderly man held one hand on his sons shoulder comfortingly. Their ocean-blue eyes met, the father’s as calm as a tranquil lake and the son’s in turmoil like a stormy sea.

“I know I have been harsh upon you and your brother, but I have always been proud of you both. I know you will continue to make me even prouder my son, and if you ever see your brother again, tell him...”

The older man’s facade of composure broke for a second before he got it under control.

“Tell him that I love you both very much.”

A tear fell down the patriarch’s face, rolling down his cheek and dripping onto his son’s.

In a flash of milky white light, a small golden bell emerged from between the clan leader’s eyes. It trembled, as if aware of the situation, and let out a long, mournful chime. It stayed there for a few moments, hesitant to leave the man who had carried it for the last century, before finally resigning itself to its fate and gently floating down towards its successor.

The younger man barely even registered the new presence within his soul sea, his entire focus directed towards the man who had raised him all his life, the man who had borne the weight of his clan upon his back for a century and was sacrificing his chance at a longer life so that it could live on. Right now, despite the emaciated state that he was in, his father was the largest figure he had ever seen, and he immortalised this image forever within his memory.

“Make me even prouder my son. I can only hope that if you don’t reach immortality, you will be born again as my son many a life from now. Now I am off to experience Samsara, and find my wife again in our next lives.”

In an uncharacteristic display of emotion, the older man embraced the younger, holding him with all the strength he had left.

The son whispered as he felt the former patriarch’s life fade.

“I know my son. May you find Longevity and the Dao, in this life or the next.”

“May you find Longevity and the Dao, father, in your next life.”

And with that, the last of his strength gave way, causing his body to slump into his son’s embrace. Wu Jian stood there for a while, as if not moving would stop his father’s life from slipping away, but at last he managing to lower the corpse and lay it gently upon the ground.

A cold light flashed within his eyes, the tumultuous waters within them turning furious in their thrashing, and he called out for a servant.

“Go tell the Zhao Clan that we will meet with them tomorrow at dawn to discuss the terms of surrender.”

The servant left to convey the message and Wu Jian looked down upon his father’s body.

“Don’t worry father, they shall pay for what they’ve done. But one must first play the sheep to catch the tiger.”

He took out an array disk from his storage ring and placed it in the air above the body, injecting it with Qi. A shimmering dome extended underneath it, covering the corpse and shielding it from the surroundings in a bubble of frozen space.

“I will be back father. Your funeral will be held after hundreds of their own.”

And with a flourish of his cape, he descended further into the mountain compound, down into the room which gave the mountain its name.

Please drop a rating a comment on how you found the chapter. I will do my best to respond to each and every one.