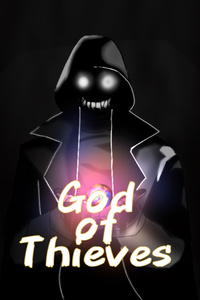 Remove Ads
Previous Chapter
Next Chapter
A note from Kageko

The moment you all been waiting for. Sorry it took this long.

“What were you thinking? Running off like that­­—You could’ve gotten hurt!”

A booming yell could be heard from inside the entire castle. Matou was receiving the scolding of a lifetime from his father after his brilliant idea of recklessly chasing after a criminal.

“Can’t you understand what our house is going through?” Max Dragonsteel, his father, pointed his finger threateningly at Matou. “Our house is on the verge of collapse! Only you can bring it back to prosperity! Do you know what would happen to this house if you have gotten hurt?”

Matou rolled his eyes. He had heard this story for pretty much his entire lifetime. Ever since his talent was discovered, his father had made sure to drill into him the importance of improving the standing of their noble house.

“Dear, I’m sure that he only did so because of his strong sense of justice, and it was you who taught him to never allow evil to prosper.” His mother, Elaine Silverlake, interjected.

As she said so, a warm light trickled from her fingers and landed on Max. Matou recognized this as a spell she used very often, either to pacify the children or calm his hot-tempered father.

Elaine winked at him as the anger that colored his father’s face visibly subdued.

“You’re… you’re right. Matou, just make sure to not get into trouble again… Next time, be sure to at least bring Annie with you…

“Huff… I have some duties to attend to. Don’t start trouble just when you’re about to leave this city,” he pointed at Annie, “Make sure to look after him.”

Annie, who had been standing silently in the room’s corner, bowed in response.

Max walked off in a daze. Matou looked in silence at the retreating back of his father. Once he left his bedroom, Matou grinned and gave her mother a thumbs up.

“Oh, Matou… Why’d you have to go do that? There are Wardens in this city for a reason, you know?”

Matou stood up from his bed. “I already told you, mom. The Wardens were useless and couldn’t catch him! I fought the criminal myself and it couldn’t have been any easier!”

If Kayden was here in this room, he would probably puke blood.

“Okay, but he could have been dangerous. We all know how powerful you are, sweetie. But some things are best left to others.”

“That’s great. Oh! Before I go, there’s something I have to tell you.” She walked up to the bed and sat beside him.

“There’s something very important that I have to tell you. The academy that you are heading to has all sorts of people from various places all over the world, and some of them come from important families or are very influential themselves. Be sure to be on your best behavior, okay?” She quickly gave him a hug.

Matou nodded as his mother stood up to leave. As she put one foot out of the door, she looked back and smiled.

“Make sure to not be too arrogant, okay? I’m sure that even among your peers, you would still be very powerful. Remember, with great power comes great responsibility.”

The door shut with a click and only two people were left in the room, Matou and Annie.

“Okay… okay…” He nodded and mumbled to himself. After a few seconds, he looked up and stared straight at Annie., asking in an accusatory voice.

“Why did you tell them?”

“For Young Master’s sake of course.” She immediately responded, raising an eyebrow. “Why? Did you think I would keep this a secret? How was I supposed to explain that you came into the Wardens' office all wet with a criminal in tow?”

Matou sighed, “You have a point.”

He had really been too conspicuous with his handling of the criminal. The roof of the hot springs that he had left in shambles was clear proof of what he had done, and there was no hiding his situation. His father even had to personally apologize to the owner of the establishment, bringing great shame to the family.

“Today’s the day we set off, Young Master. I’ll have to go make breakfast and prepare our belongings.”

The maid bowed deeply and left the room.

He lazily laid back on his bed and hugged his pillow. The whole fiasco had exhausted him. Why were they so mad? He was just trying to help.

He looked out of the window by his bedside. The rising ball of fire was just beginning to peek over the horizon, dying the land in a sea of orange. It was quite early in the morning, and he was supposed to be asleep at this time.

He looked up at the ceiling, where there was an intricately carved lamp that gave off light. The commodities in this new world were very similar to the ones back on earth, the only difference being that they run on mana rather than electricity. This sense of great familiarity comforted him.

He was currently lazing about until breakfast was ready. Being in a noble family was a vastly different lifestyle from the one he had before. Many things were served to him on a silver platter and anything that he wanted he could usually get just by asking.

‘I guess there’s the whole ‘dignity as a noble’ thing. But other than that, this is the life!’

He recalled the memories he had of earth. Again, nothing particularly stood out to him, and everything he wanted he had got in this new life. Good food. Great lifestyle. Even his wish for some girls was granted. But if there was one thing he missed, it would be earth’s music. The music here sounded like classical music back in his old life, it wasn’t bad, it just didn’t appeal to him.

“System! Show me my stat page!”

Since his last battle, he had gained enough experience to level up. Doing so had granted him more health and mana, as well as one stat point.

Stat points were incredibly versatile, they could be used to increase his stats like Strength or Agility. The other use for them was to increase the grades of a skill or spell. Having a higher grade meant either an increase in power, a decrease in mana cost, or better skill at using it. Of course, they weren’t mutually exclusive, a higher grade could mean improvements in all three aspects as well.

He was currently saving up stat points to upgrade the most powerful spell in his arsenal, Elemental Devastation. He had used this spell in his fight against Shadow and knew how useful this spell would be in the future.

[Requires 5 stat points to upgrade from grade C to B]

A higher grade for spells meant more skill in using them. Grade E was the lowest and could be considered as not being able to use the spell properly. At grade D, the spell needed a long chant but could be cast to its intended effect. For the current him, his spells were mostly grade C, which meant that he could just shout the name for the spell to activate.

Naturally, the more complex or powerful a spell, the harder it is to obtain a higher grade. Matou had heard many grumblings from his cousins about not being able to cast spells the way they want, but this was not a problem for him…

“For I have the System!”

Suddenly, out of nowhere, a notification appeared followed by the sounds of blaring sirens. The screen that displayed his spells and stats began to flash an ominous red.

[User is being targeted by Divine tier spell: Plunder Blessing]

Matou received the fright of a lifetime. What in the world was happening to him?

Matou was horrified. He felt as though his heart had jumped out of his chest. He called out, again and again, shouting until his voice became hoarse. However, there was still no reply.

What’s going to happen? What about the quest to prevent the calamity that was supposed to befall Eden? Was the world simply screwed? Could the goddess who brought him here not hear his cries?

“Damn it… Someone at least tell me what’s going on…”

Matou gripped his hair in frustration. He felt terribly guilty, like he had failed the whole world somehow. Was this all just a nightmare?

“No… Maybe this is just a test. The goddess must be testing me… since I grew conceited… and abused my power…”

He was growing hysterical and began spouting delusions, denying all that had happened. He knew that he was going crazy but just couldn’t help it.

“HAHAHAHAH— This must be some cruel joke played on me! Come on! You can stop joking around now!”

His door slammed open, and a large crowd rushed in, spilling into the room. There was his father, his mother, Annie, Mia, Albert, his younger cousins, and the various other maids. They all ran up to him to determine what was wrong.

The crowd that had rushed in must have been incredibly worried as their words all blended together into an incoherent mess. It was hard to hear them when they shouted over one another. In fact, he couldn’t understand any of them at all

His mother sat on his bed and clasped his hand in hers. She looked at him with eyes of concern and mouthed,

“Hahahaha…” His eyes grew crazed once more, “I can’t understand you…”

Lying on a blue bean bag was a little girl, her eyes glued to the television in front of her. There was nothing you could see in her surroundings as if nothing else existed beyond the light from the TV.

On the screen was a young boy laying on the bed, browsing a floating blue screen with great familiarity. The little girl was bored out of her mind.

“There’s nothing exciting going on! I hope some monsters appear and a fight scene happens…”

Right as she said that, the screen blacked out and was replaced by static. Loud noises that could make one’s ears bleed came out of the TV like the screeches of a depraved demon.

“Oh, Gaia… You’re a goddess! You should’ve known better than to jinx something…”

After telling herself off, she looked at the now static television, this time with a serious look on her face.

“What happened? Was he assassinated? He couldn’t even react in time…”

She picked up the remote and pressed a button a few times, but the screen showed no signs of changing. She even tried powering on and off the TV… and it didn’t seem to work.

Not that TV worked like an actual one anyway…

“No time to waste! That poor child… It seems the danger this time is much greater than I anticipated…”

The goddess walked away into the surrounding darkness. The tiny footsteps echoed loudly into the void.

“Maybe I should bring an actually competent child this time…”