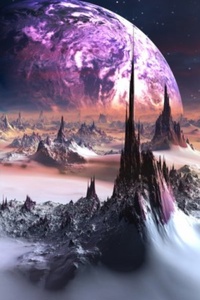 Escapia is a huge open world where every floor and every boss is designed differently, there are 10 classes, and there are hunting spots and activities in each floor! After our main characters are trapped in Escapia, they try to finish the game in order to return to their world. But to finish the game, they have to level up, fight the bosses on the floors, and unlock all the floors. On the last floor, there is the developer of the game himself. Finally, Escapia is truly an MMO! So with all its pros and cons... In the game, they have to grind, talk to NPC's and balance and upgrade a lot of power systems at the same time. To say the least, Escapia is a dark comedy on the one hand and a VRMMO story where various maps and worlds are explored on the other!

I'm an author in Meganovel, Royalroad and Webnovel for now!

Reviewed at: Chapter 10: Then and Now

This is a nice vrmmo/litrpg story that is done fairly well, although, after reading to chapter ten, a few key things stuck out to me in ways the author can improve. One thing I noticed was the frequent use of telling how characters are feeling, rather than showing through their actions and dailogue between characters. One such example I found was :

People were angry at Daemon for suddenly showing up and winning the reward.

Instead of "Congrats!" Daemon got deadly stares for his work. Luckily, Daemon got used to this in real life at debates about gender equality when he came up with the Kazuma gag every single time.

Instead of stating the people were angry it would be more engaging to have someone shoutout from the crowd, or just remove that part entriely since the deadly stares conveys they're already angry.

Grammar is fine, everything is spelled correctly for the most part. There were the occasional missing commas but that did not distract from the story. The characters are well written.

Daemons are at it again!

Another VRMMO that remains interesting besides relatively forgivable flaws. The prose is solide, but hsould leave the characters breath and exist by themselves. Otherwise, the grammar is very good, making the style the strongest point. The universe and world building aren't ground breaking but are fleshed out enought to make it both believable and enjoyable. The story itself starts pretty fast, meaning Escapia is quickly engaging. If VRMOO is tour jam, this is an interesting story.