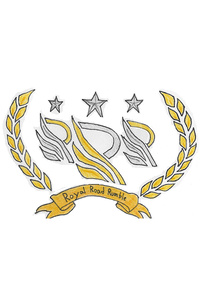 Welcome to the Ring!

The first thing they all recognize is that they weren't where they were suppose to be. This darkened building, the metal cages, the stagnate dirty air, and a slightly oppressive feeling weighing them all down adds to the sense of wrongness. There's an oppressive silence in the room, as if all sound is not being simply blocked, but forcibly choked out. All of the myriad of people and monsters quickly begin their mixed attempt to contacted their fellow caged, break out, or in some cases simply slide between the bars.

In each and every case these attempts fail. Words are choked out before they can even reach their owner's ears. Spells wheeze and crumble as the very source of their structure seems to come under attack. Locks resist all attempt to pick them and what appears to be simple steel effortlessly resist efforts that should have shattered them. Those who tried to slip between the bars find themselves caught as the bars twist and pin them with an almost giggling sound. After two minutes of struggle, most of the caged people give up.

Then a sound echoes hollowly across the room. A slow sharp clack of someone wearing boots walking across concrete without a care in the world. Eyes turn towards the source of the sound in the darkness as the footsteps draw closer. The footsteps stop and a nearly overwhelming sense of smugness invades the room.

Then everything changes in an instant.

They are suddenly no longer in cages but sat in plush stadium seating, the darkness banished by nigh blinding lights from overhead, sound floods the room as loud celebratory music begins to play. At the heart of it all is a towering six foot six hulk of a man wearing a dusty trench coat over an expensive look three piece suit, his face hidden by deep shadows cast by his Stetson standing boldly in the center of a canvas wrestling ring. Despite the shadows a wide white gleaming smile sparkles just above a rough goatee as the man lifts a microphone to his mouth and says, "Greetings con-"

All else is lost in a roar of confusion, people leaping from their seats to shout angry demands, yelp, cry out in shock at the sudden transition, and more than a few people/creatures either bolting or sprinting for the man in the ring. The man only seems to smile wider at the interruptions making no move as beast and men leap at him with blade, bullet, and claw. Some even reach him seeming to punch holes in the figure and releasing bright burst of red blood, and then everything is reset. All returned to their seats as the music begins again. This repeats about five more times until finally the music begins and no one runs or attacks.

"Settled down now have you?" The man ask in an insufferably smug manner. This receives more than a couple very rude insults hurled his way which appear to wash off the man like water from a duck, "Excellent! Now once again, greetings contestants! You have all been preselected and approved to compete in a little competition of mine for the entertainment of the masses." Smile widening the man begins to pace as he gestures to his captive audience, "I have gathered all of you monsters, killers, heroes, and villains for a single not very important but very entertaining purpose." He stops his pacing to lean forwards and plant his foot on the ring's post, "You are all going to be wrestling for me."

This announcement is met with a cacophony of outrage, denials, and a few scattered celebratory exclamations. The man's smile spread ear to ear as he seemed to drink in the noise as the outrage gets to the point where several people found themselves reset again as they once more sought to end him or sneak out. The sound of the man's giddy chuckle manages to quiet the outrage enough to let his next words be heard. "Oh come now, it's not like you won't be well compensated for your time. As those of you with but a speck of intellect might have already gathered, I am a man of not insubstantial power and as such I'm offering a few doozies for those who do well here. Such as this here belt," the man draws a belt the size of a hubcap from within his trench coat.

The thing gleams and sparkles with countless gems and gold of such opulence as to edge on tacky in the bright stadium light. "This bad boy on top of being worth a minor fortune in raw materials by itself also has the added benefit of making it's wearer significantly stronger, tougher, and more agile. Something I'm sure most of you will find some level of use in." Indeed many seemed to be drooling over the item already. "But the belt and the title are the small fry stuff, the two real big prizes for the champion are thus. One, you will have any wish granted." A beat passed as shock filled the stadium and again the man seemed to drink it in, "And I do mean any wish, no matter how esoteric or impossible, given time I can probably figure to a way to grant it. I'll even be extra nice and solemnly swear not to be an utter dick and deliberately screw with your wish. The next big prize of course is something I'm sure all of you would love a chance at."

The man leaned back and threw his arms wide, "The top four of all of you randos will get the absolutely de~lightful pleasure of facing me in the ring and trying your damnedest to beat my face in as close as possible to a fair fight."

This in combination with the other rewards seemed to draw a deep desire from the captive crowd, many looking down at the man on the stage with an almost overwhelming need. A few still seemed reluctant and were trying to quietly search for and exit or sneak out. Despite this the man in the ring seemed to suss them out without issue.

"As for those few of you who aren't interested or so anti-social that you'd forgo your ultimate desires to just be left alone, well I've got bad news for you. There's no escape." A new cruel chuckle, "You might have already realized this isn't your world. Even if you managed to get beyond these walls despite the best efforts of myself and my helpers to keep you safely locked away from the horrors of my home, you'd find yourself lost, alone, hunted, and ultimately doomed. So I would highly advise against trying to break out of the cushy life I'm giving you here of comfort and violence on demand over the brief freedom you'd have before dying." The smile vanished to be replaced by a thunderous scowl that left many in the crowd recoiling back into their seats at the sudden weight of menace and hatred flooding the room, "Because I have no doubt you'd likely fall victim to one of the many deaths that would make things harder for me and mine."

The smile was back in an instant leaving a few reeling as the menace left as quickly as it arrived. "Now then how about you fill out those forms in front of you so we can set up a few of your first fights so we can see just what you cachorros are capable of eh?"

Please be very brutal and bloody if you choose to review this work. Point out every flaw you can find no matter how minor. I can't improve if you don't.