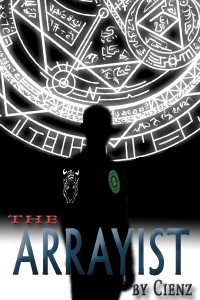 Remove
Original HIATUS Action Adventure Comedy Fantasy Psychological Martial Arts School Life
The world has many paths for each person; to live a simple life, to become rich, to become famous, to become the strongest, to explore the world.

Many ancient civilizations fell and history faded through the sands of time. Within one of the rising empires, a youth, Teo, encounters a mysterious turtle that will help him find his path as an Arrayist.

Inspired by mostly Xianxia and Wuxia web novels such as Coiling Dragon, Against the Gods, I Shall Seal the Heavens, Chaotic Sword God, and True Martial World.

Note: The story is a really slow starter, be warned

This is also my first "novel", most chapters are in a rough draft form unless marked otherwise. This work is also hosted at: http://www.bycienz.com/

Its actually written rather well, If I had to guess on a phone because some words are placed rather randomly, but correctly spelt… what else then auto correct could it be? The sentence structure and variation is enough to be readt for longer times, but it lacking in descriptive aspects. Don't just dump descriptions on us tho

I can't say to much about it, it's a variation of the clichés, mysterious master? Check. Attending Magcal School? Check. Overly Mature for Age? Check. I am not saying it's bad, there is a reason for clichés to be popular. Don't change trails randomly because of this.

Turtle Master (Roshi), Overly Attached Sister, Magnetic to friends little brother friends and a few others, the character traits are relatively good, there is a lack of visualization tho.

Like the title said, the author does a great job in storytelling. His pacing is on point. The best is that MC's op trait is not too op and actually quite different in that it forces him to use inscriptions/arrays in a fight.

Funny the story is actually filling every chapter but. There is just too little development on the story

Already 10 chapters in and it really is a slow start, but from the looks of it...

The author was true to his word, the first few chapters were indeed slow and even boring (the arent the same mind you), and unlike other Xianxias that slowly build up to a strong story this one is a little underwhelming since its not slow just boring.

But from chapter 10ish onwards it does get better! Not sure if the author's getting beter along the way but enduring the beginning was worth it!

It is a good idea of a story.  Unfortunately, it lacks detail.  The character development is shallow, the magic system is poorly described, and the story telling needs a lot of work.  Even for a rough draft, this is rough.

This is one of the best  fiction I read on this site the main reasons are  the characters who are all-rounded and well developed personality and easily recognizable, this story is highly influenced by the xianxia genre but differently from many other stories that do the same in this one the usual stereotyped characters and situation don't give the idea of being forced  just for the sake of letting the plot keep going  instead they make us understand the MC better.

I especially like the fact that the MC is a kid and he actually acts and reasons as a kid, the MC is "different" but in a believable way, he is definitely a smart kid who is also awkward just like a normal 10  yo, this is what gives freshness to the story and  it actually gives us the opportunity to see the growth of the MC through the chapters .

I read 15 chapters and said no more

I am sorry, but this story is going nowhere real quick. If you want to maintain people's interest then the main character has to be worth it. As far as I am concerned the MC is an annoying homebody. All the action has been him getting his butt kicked. You are 27 chapters in and it is already a snorefest. I don't feel the connection to the MC. Something else to consider is how you are focusing on every little detail of his school life. It is too much. I suggest you focus on small important parts throughout. Otherwise it jus feels tedious.

This is some good stuff!!

Only the beginning, but really liking it so far. Like the title says, this is some good stuff!!

Fuck all of you bast area complaining that it's going "knowhere", there doesn't have to be a major antagonis and there's also some foreshadowing for possible future conflicts done in a subtle way, great job!

i like it at first.. but theres no excitement..  the school arc is one hell of a boring arc for me...i hope the mc wont end up naive hero of justoce character.. if he did.. i will curse this ff to eternal damnation..