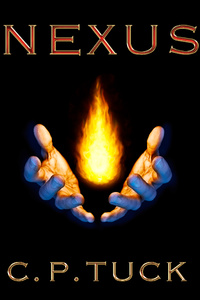 Everyone said that the world was supposed to end on December 21, 2012. And in a way, it did. The old world was gone, replaced with a new reality. The human body had evolved further, granting certain individuals, Alphas, the ability to harness one element. They shared this power with their closest allies, creating Nexuses.

After many bloody years of war, Will Andrews returns home from nearly a year of studying abroad. He lives in Fairbanks, Alaska, the inaugural home of the Fire Nexus. He quickly encounters trouble with one of these superpowered individuals, and it forever changes his life, setting him on a new path. He'll gain new power, friends, and family. He will brush shoulders with modern legends, and be part of momentous changes in world.

Can Will cast away that which makes him weak, and embrace the supernatural elements of the world he now lives in? Even after eight years of the Age of the Nexus, the world still has yet to settle back to a semblance of normal.

Read Nexus to learn the story of an ordinary young man who is gifted with power, learns a new creed, and grows to defend his new, greatest family from a corrupt system. Heroes are never warned that their time is coming, but they must adapt quickly to save their home from destruction.

Chapters are updated Mon-Fri at 10:00 EST

Join my Patreon for advanced chapters (up to 4 weeks ahead) and free copies of finished e-books!

Join me on my Discord to discuss the story, meet other readers, and chat with me personally!

This story is also available on ScribbleHub and Reddit.

Nexus is a story focusing on the main character Will. Will is a martial artist who joins the fire nexus, which is one of five of the Nexus of the world. I like how he doesn't immediately have the power to destroy his enemies upon gaining his power, but instead has to grow into it and practice. The story brings you onto twists and turns along his journey, and it's enjoyable. The NSFW chapters are entirely skippable so you don't have to worry about that, and the story has enough foreshadowing for any astute reader. The story seems well planned out and is executed well. It's an enjoyable story overall. Despite focusing on the main character we get to know some of the other characters pretty well. One example of this is his girlfriend, Charlisa, and her father Edward. We learn about them throughout the story and we grow attached to them. We learn a bit about Will's father as well and even that he is not part of the native Alaskan people but he is an Alaskan at heart but he is the first person who was not a native Alaskan to join the Fire Nexus.

Some twists and turns are learning about who gave the nexuses power, and will getting lightning from his fire powers. He learns about his condition, which is what prevents him from doing whatever he wants with his powers without worry.  He has a child with his girlfriend, making those NSFW chapters not go to waste. You know some characters are going to die, but still hope that they don't.